Kill Your Darlings: The Concept and a Brief Overview 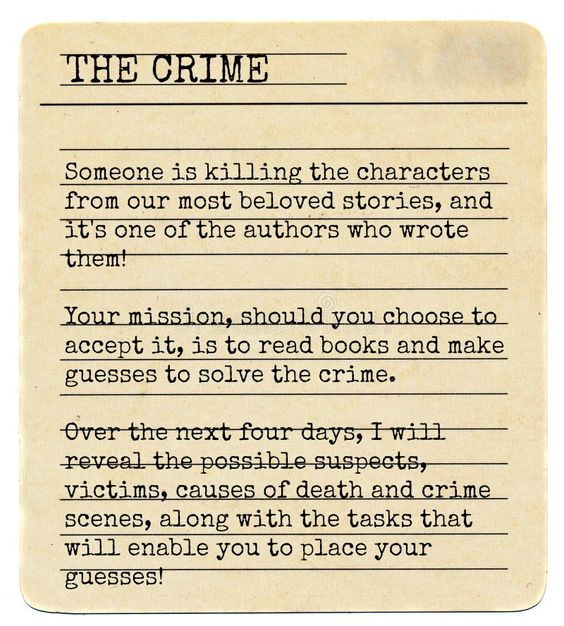 Generally, the game will work like a game of clue, with one player – me – holding the solution to the mystery, and the other players working to solve the crime.   Guesses will be taken on Tuesdays, Thursdays and Saturdays. Each player can only make one guess per day – you can “reserve” completed tasks for later guesses. There are four elements you need to collect in order to win – the suspect, the victim, the cause of death and the location of the crime scene. In order to place a guess, you need to finish one of the tasks for that item.    In addition, reading a book by one of the suspects functions as a wild card & you can use that book (one time only) to fulfill any task and make any guess. The only qualification is that it needs to be a novel-length-equivalent (240 pages/60,000 words).   For example, if you want to guess “Arthur Conan Doyle,” as the suspect then you will need to complete a book that fuflills one of the tasks on his card: 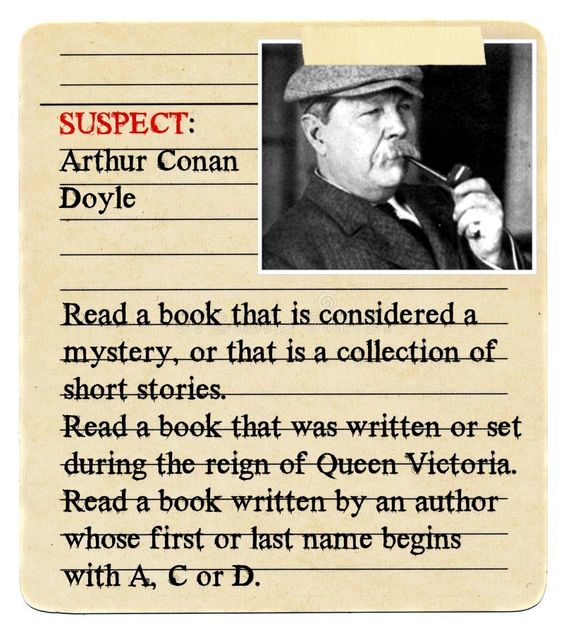 Depending on the level of interest, I will probably divide the players into teams of 3 detectives and have multiple games going at the same time so teammates can all work together to try to solve their crime.   In order to solve the crime, the team must have at least one team member who has finished each element, but you can divide them among the team members (i.e., one person has finished the task for suspect, one has finished victim + crime scene, the third team member has finished cause of death + suspect) Each team member must complete one of the four elements.   I have no idea how quickly the game will move, so we may end up doing multiple rounds.

One thought on “Kill Your Darlings: The Concept and a Brief Overview”