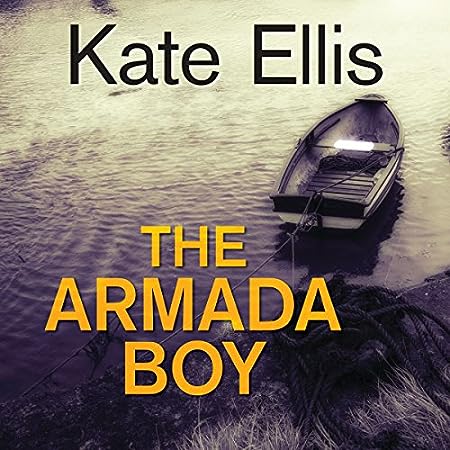 “Archaeologist Neil Watson did not expect to find the body of American veteran Norman Openheim in the ruins of the old chantry chapel. He turns to his old student friend, Detective Sergeant Wesley Peterson, for help. Ironically, both men are looking at an invading force — Wes the WWII Yanks and Neil a group of Spaniards killed by outraged locals as they limped from the wreckage of the Armada. 400 years apart, two strangers in a strange land have died violently — could the same motives of hatred, jealousy and revenge be at work? Wes is running out of time to find out ….”

I enjoyed book 1 of the series (The Merchant’s House), which I read for last year’s Halloween Bingo, and having a detective with a degree in archeology as his personal background certainly makes for a novel way of bringing together past and present in a contemporary mystery. However, this book suffers from all the kinks of sequelitis (trying to replicate what book 1 did and largely failing in the attempt); also, I can see the “archeology” thing paling if it’s to be the series’s only signature theme. I’m probably going to give book 3 a try — though not in the immediate future — and then determine whether I’m going to continue reading the series or call it quits on that basis.