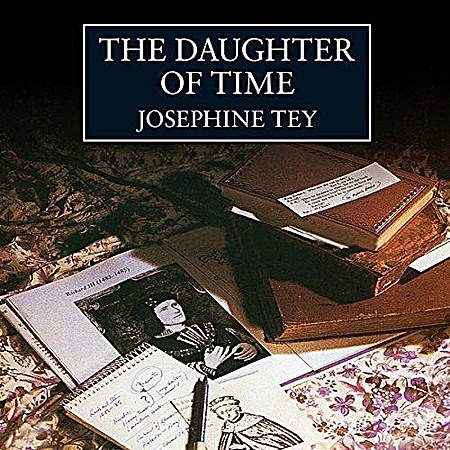 This weekend’s “let’s-forget-the-pandemic” buddy read wasn’t the first time I read Josephine Tey’s setting-the-record-straight-about-Richard III novel, The Daughter of Time, but it was the first time that I did so by reading it together with her play on the same subject (written under the name Gordon Daviot), Dickon, and that combined reading changed my perspective on the novel yet again: not significantly, but in what I see as Tey’s impetus in writing it.

To begin with, maybe I should call Dickon “her other play” on the subject, as I think Sorry kids, no feet nailed it when she said in a comment on one of Tannat’s status updates that The Daughter of Time “read(s) like a play without actually being a play”.  It actually is a play, with only one stage setting — Grant’s hotel room –, deliberately confining him (who becomes the audience’s voice and brain) to that setting, depriving him of any and all other, and perhaps more conventional forms of entertainment right in the first chapter — not without a few wry sidelines on the state of the literary art and industry of the day –, and thus neatly focusing his, and hence the reader’s, attention on that one single thing remaining and apt enough to tease his brain: an investigation into an unsolved mystery of the past.  And of course, that hoary old chestnut, the fate of “the Princes in the Tower”, will never do — the investigation soon takes a completely different direction when Grant decides (very much like Ms. Tey herself, obviously) that Richard III’s face and his reputation simply don’t synch, and just how his name ended up on the list of history’s greatest villains must thus urgently be looked into (and set right).

Dubious, overrated, and dated starting point (“face reading”) aside, the real importance of Tey’s book lies, of course, in the profound shattering of the reputation that Richard III had had until then, ever since he lost his life at Bosworth and the Tudors had the control of what history would eventually make of the reign of the last York Plantagenet king.  There had been previous attempts to set the record straight both in the 18th and the 19th century, but it arguably took Tey’s deliberate choice of presenting the issue in the guise of a (well-researched) mass-marketed novel, in tandem with a stage play, to bring so much public attention to the matter that even well-known historic scholars could no longer ignore it — and the debate has been alive and well ever since.  (Even the presentation at the Bosworth visitor center is now painstakingly neutral in its overall approach, though some of the exhibit’s texts still clearly betray an anti-Ricardian bias.)

In The Daughter of Time, Tey presents the Tudors’ campaign of blackening Richard III’s name as only one, though a particularly grivous example of what she calls Tonypandy, for the town that was the focal point of the 1910-11 Welsh Miners’ strike, and which has since become a subject of a similarly furious historic dispute: to Tey, “Tonypandy” is a summary term signifying any and all instances of falsified historic and political propaganda.  Yet, as her play Dickon shows, it’s ultimately not “Tonypandy” at large that she is interested in but very much Richard III himself, in whom (and in whose features) she takes an enormous interest, reflected in Grant’s comments and thoughts on his portrait in The Daughter of Time, as much as in her own passionate advocacy, both in the play and in the novel.

In fact, the play neatly distills the “Dickon” content of the novel down to its essentials and presents the events in question in their own, proper historical setting; refuting — scene by scene — Shakespeare’s portrayal of the same events in his Richard III (or Tudor propaganda Exhibit A, as Tey saw it). And in one, perhaps the most endearing scene of the play, she has her Richard III do exactly what she expected of historians, and what Grant’s American “woolly lamb” research assistant does in the novel: Tease out the minutiae of daily life from the records left behind; obtain your information straight from the source, instead of relying on hearsay accounts written only after the fact.  “All the stuff of Middleham is here.  All that I have missed”, Richard tells his wife Anne when she wonders how he can possibly be so fascinated with their Yorkshire home’s account books, even though she faithfully reports on everything that is going on while he is in London with his brother, the King.  “But you don’t tell me that Betsy has been shod, that there is a new lock on the little east gate, that the dairy window was broken, that Kemp has had a boil on his neck,” he answers.  “That is Middleham.  If I cannot live it, I can at least look at the picture.”

Some of the things that Tey considered Tudor propaganda have since been proven true; e.g., the discovery of Richard III’s skeleton in that infamous Leicester parking lot has revealed that he really did have a spinal deformity and would thus have presented as a hunchback — so the Tudors didn’t need to lie about everything; they could also exploit features that their contemporaries would have been familiar with.  And other things, we will probably never know — personally I doubt whether, even if the remains of the “Princes in the Tower” were now found, too (against all odds), centuries after their disappearance, that discovery would do much to clarify who engineered their disappearance and apparent murder (unless other instances would throw additional light on the issue at the same time).  But ultimately this is about more than the fates of Edward IV’s sons; it’s about truth in the historical record, about unbiased research, and about the value of primary (= direct) vs. secondary (= indirect) evidence / hearsay.

And whereas a reader interested in the period now may come to her (play-disguised-as-a-)novel (and her (other) play) with quite a different perspective on Richard III, his victorious rival Henry VII, and the period as such, the splash that her writing made upon its first publication can still be heard to this day.  For that in and of itself, her decision to take the issue out of the academic debate and into the realm of popular fiction can’t be applauded loudly enough. 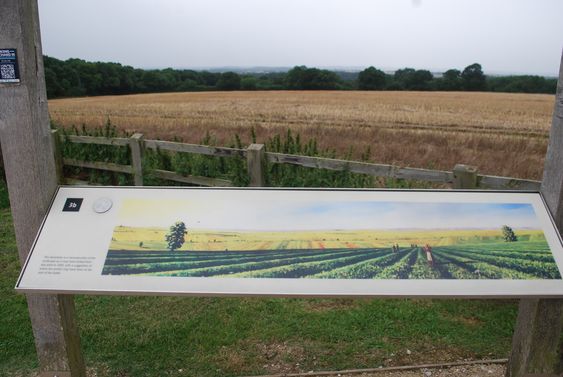 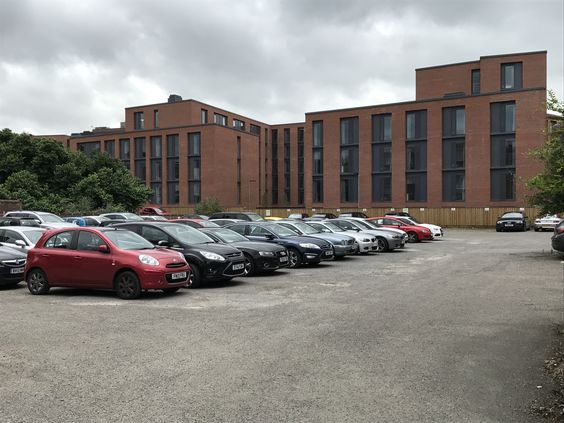 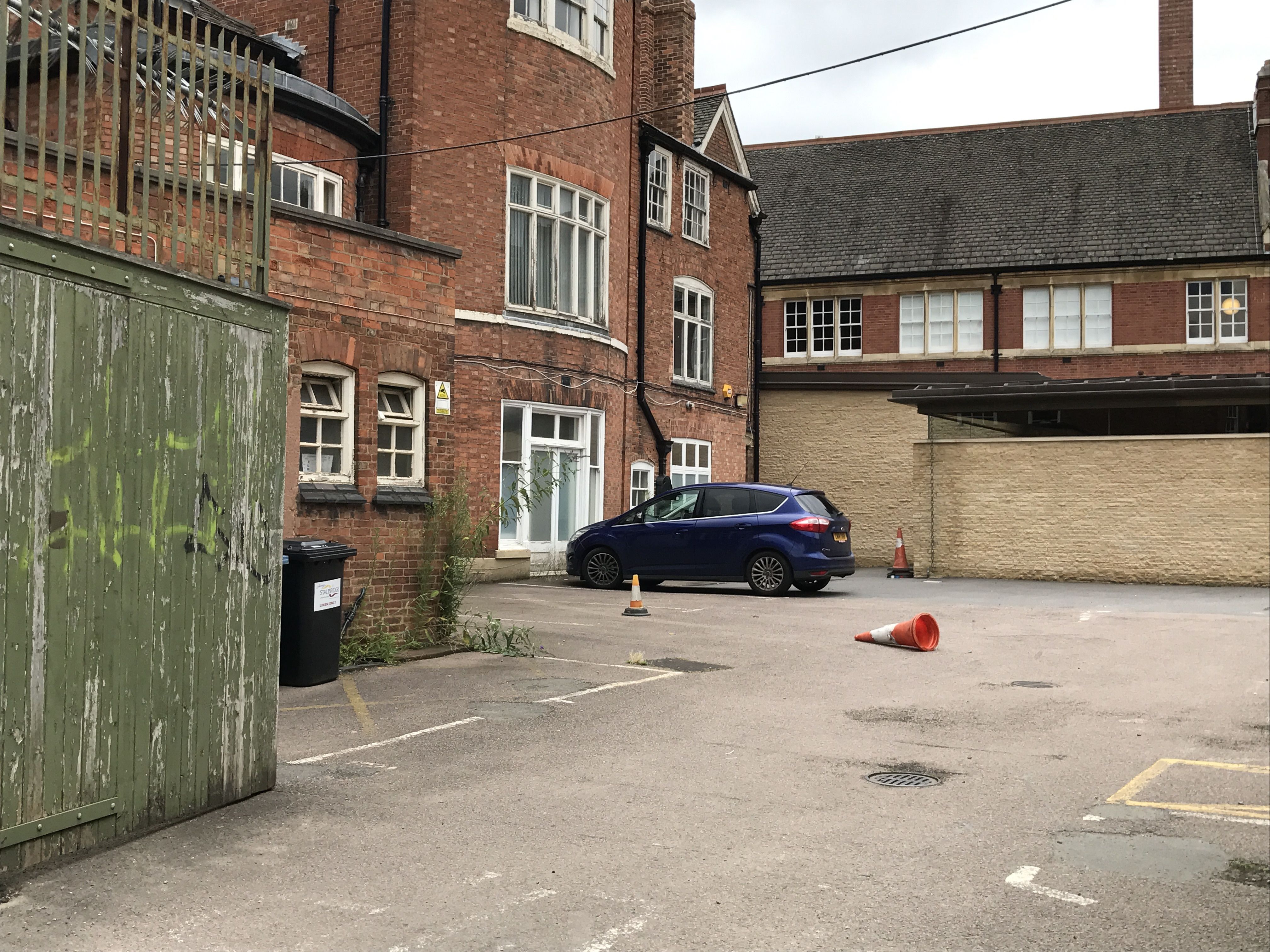 The Leicester parking lot where Richard III’s remains were found. 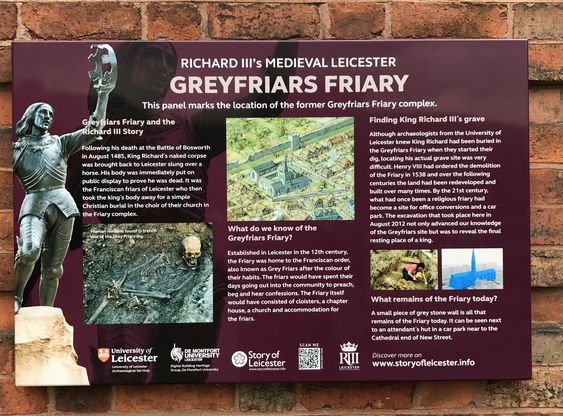 Commemorative / explanatory plaque on a wall near the parking lot gates … 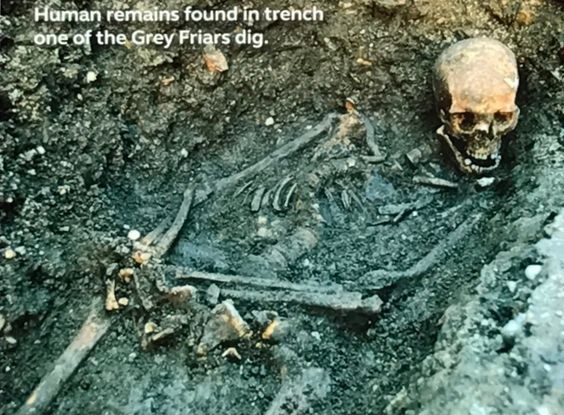 … and an out-take of the above image: Richard III’s skeleton 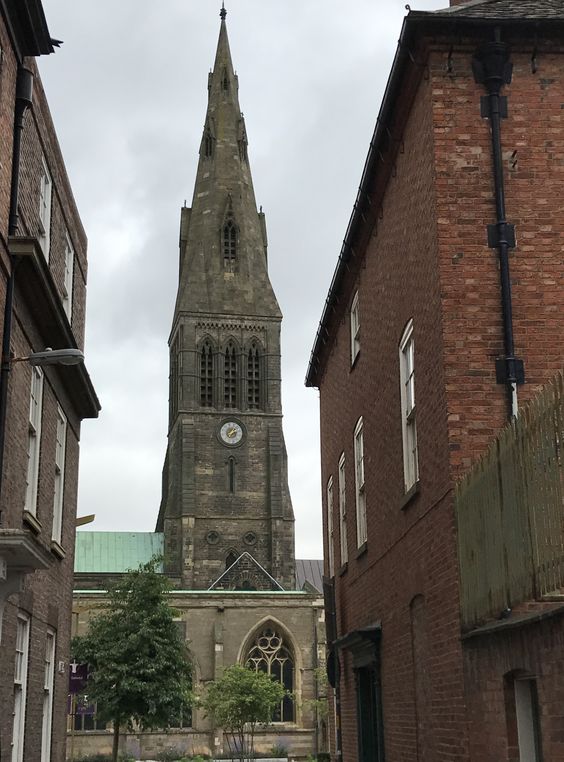 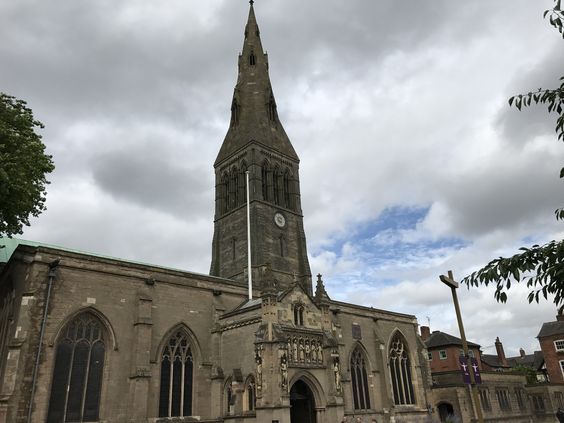 The parking lot is down a narrow alley from Leiceseter Cathedral 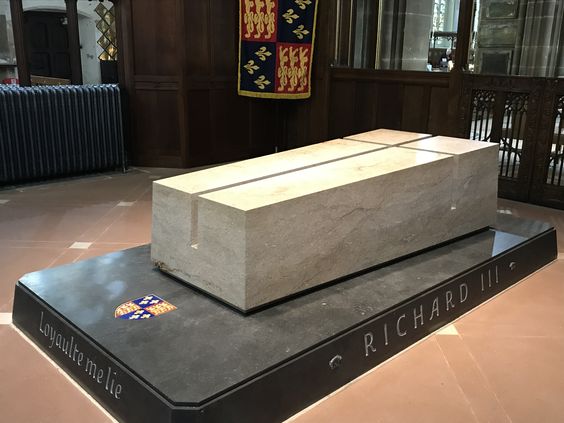 The Tomb in Leicester Cathedral 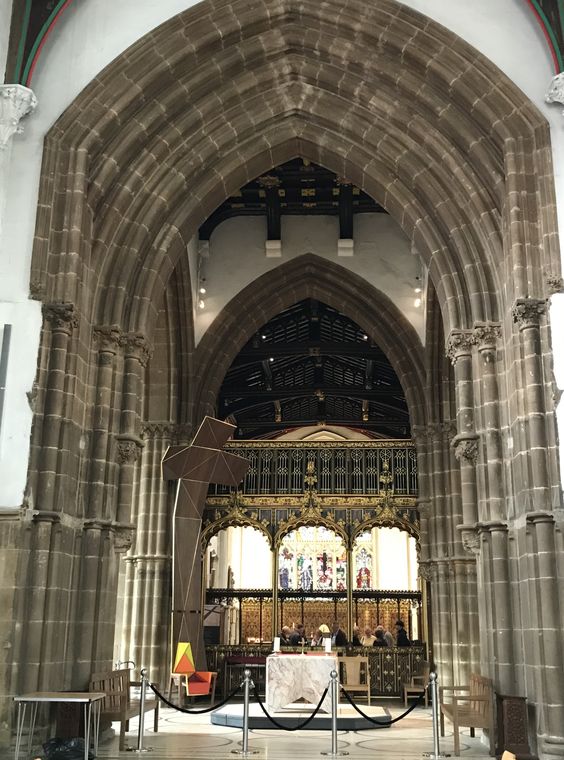 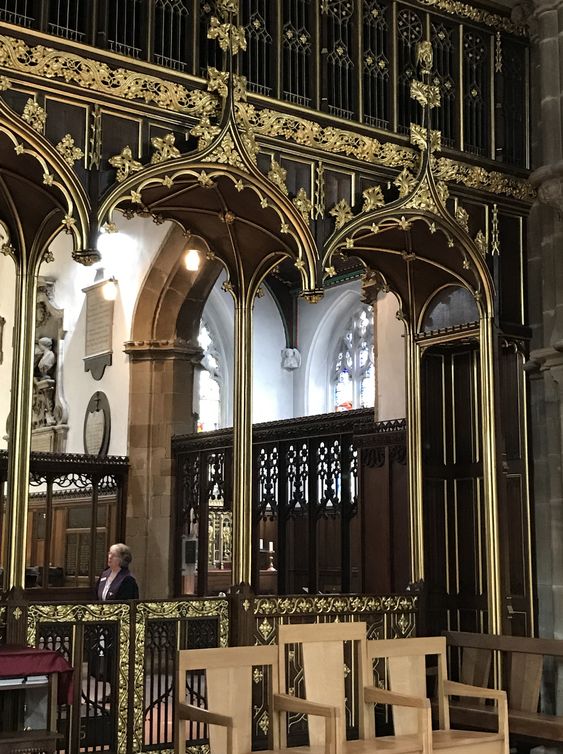 The gold-decorated chancel of Leicester Cathedral right behind the altar, where Richard’s tomb is located 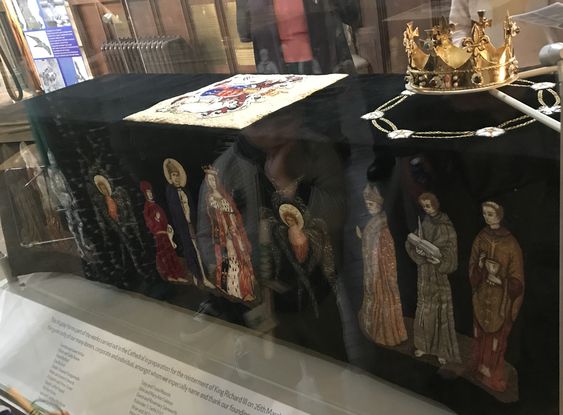 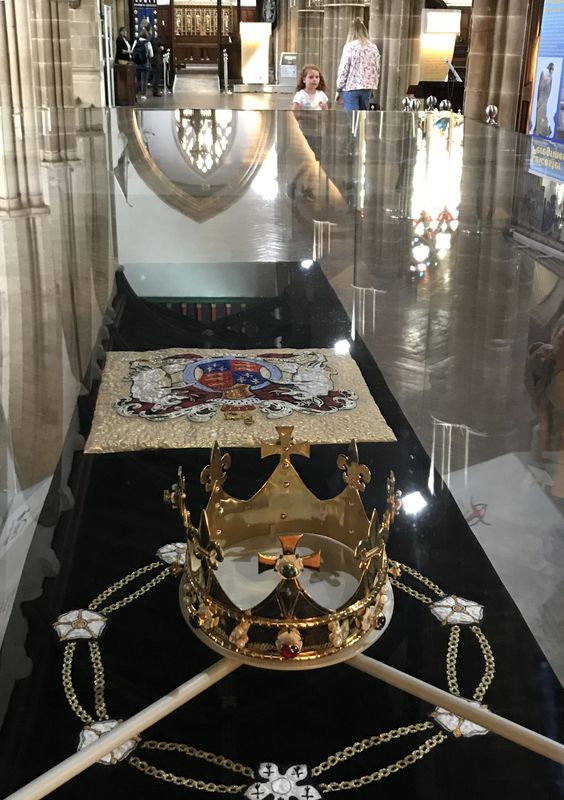 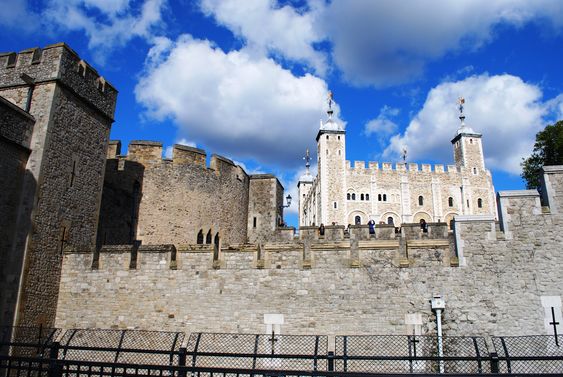 Tower of London: The round building center/left is the Bloody Tower, where King Edward IV’s sons, today known simply as “the Princes in the Tower,” are believed to have been held. 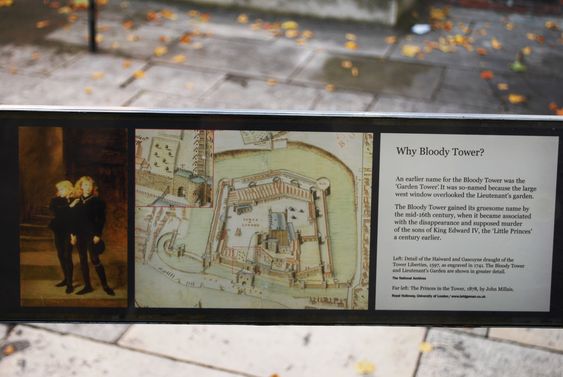 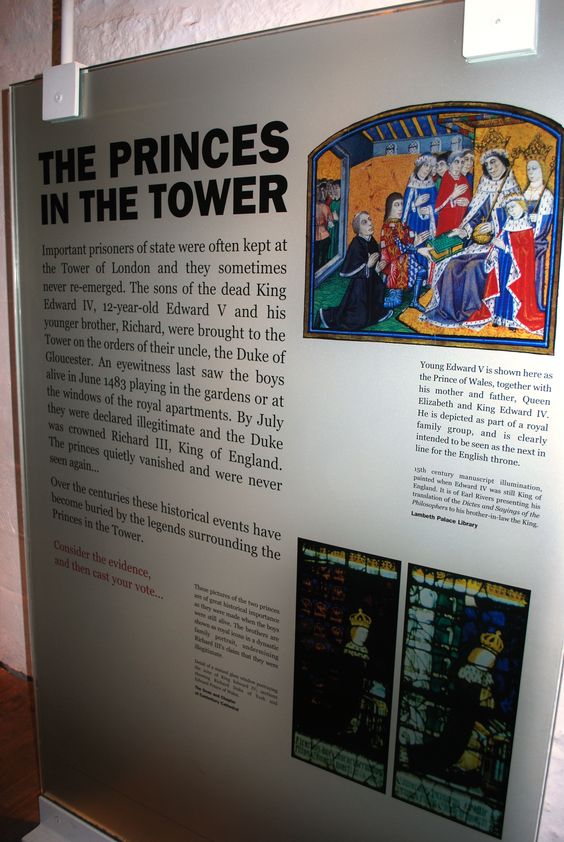 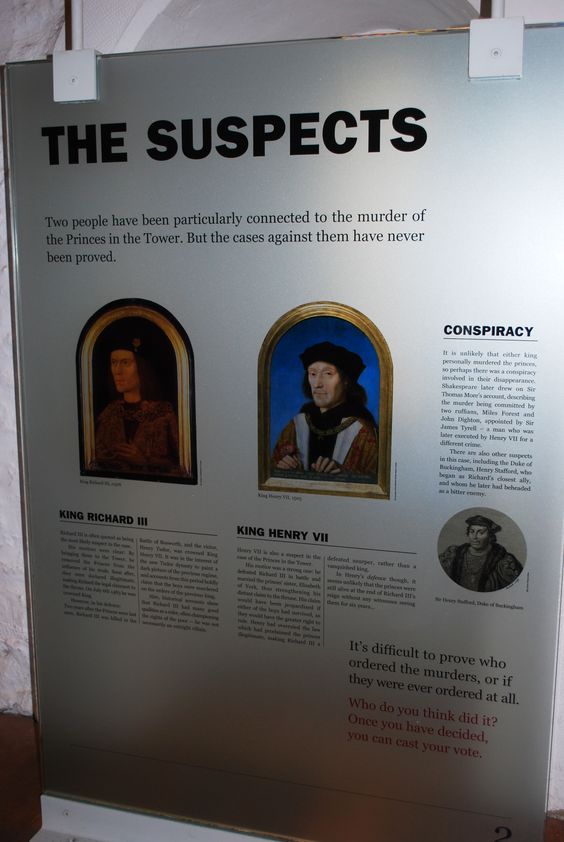 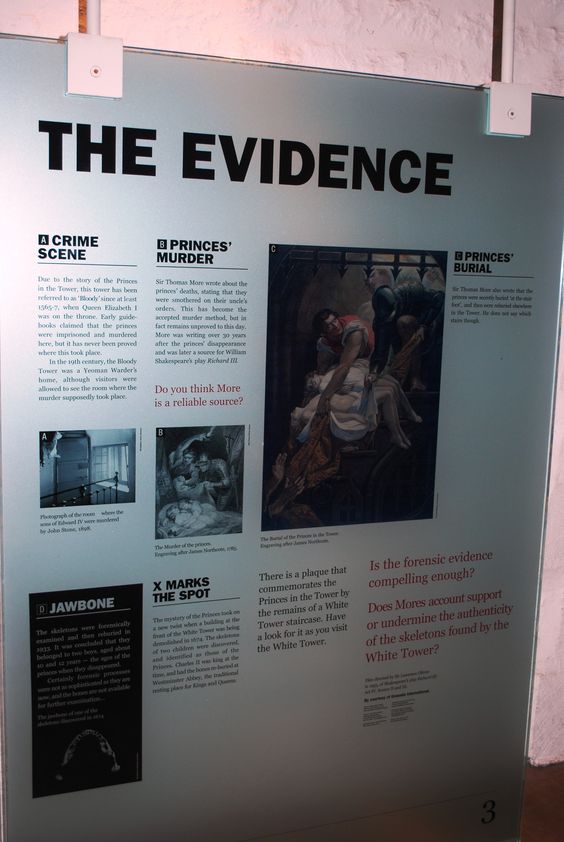 Bloody Tower: Exhibition on the disappearance of “the Princes in the Tower.”
(All photos mine.)

0 thoughts on “Josephine Tey: The Daughter of Time & Dickon”