Both Brat Farrar and The Franchise Affair were on my 2017 Halloween Bingo long list, but so were many other books … oh well.  Both of these are stand-out books, in that (1) they’re not, or not substantively, part of Josephine Tey’s Inspector Grant series (in Franchise Affair Grant appears, but only as a minor character; in Brat Farrar he doesn’t feature at all), and (2) more importantly, even though the bulk of both books is told from a man’s perspective, they feature several strong female characters who are head and shoulders above and beyond what was expected of a woman at the time of their writing (1948-49, respectively) even in ordinary life; never mind in times of adversity. 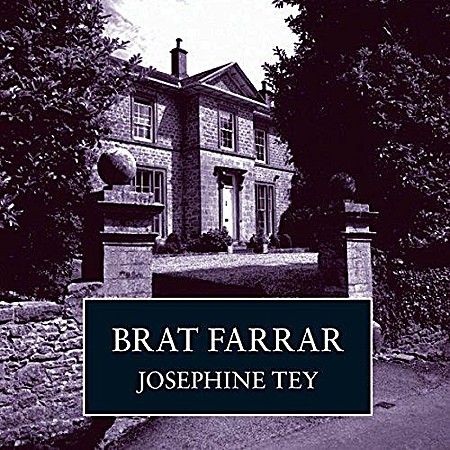 Brat Farrar is a Martin Guerre / Sommersby type of tale set on a manor and stud farm on the Southern English coast; the difference being here, however, that the reader (unlike the family) is explicitly aware of the identity and most of the prior history of the  eponymous allegedly “returned son and heir” — in fact, we’re unequivocally being asked to empathize with him, on the basis of his character as much as on the basis of his prior history, and take his side in opposition to his alleged younger twin brother Simon, whom (if the gamble comes off) he is poised to replace as the stud farm’s new owner as from his 21st birthday, which in turn is — obviously — right around the corner at the book’s beginning.  Both in the setup and in the resolution of the story (which I could see coming on pretty much from the word “go”), there is a bit too much reliance on coincidence for my taste; however, in between the bits of coincidence, Tey crafted a powerful, quiet novel, featuring both a compelling mystery — above and beyond the title character’s identity — and engaging characters, in the  male protagonist, Brat, as well as in the two leading ladies, Bee (who has taken over management of the farm after the death of her nephew Simon’s and his siblings’ parents), and her niece, Simon’s sister Eleanor, the farm’s chief horse trainer (besides Simon himself). 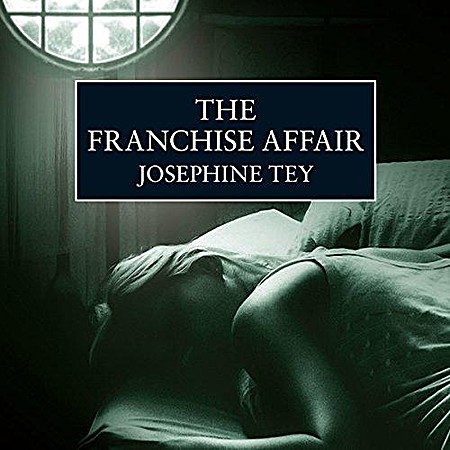 The Franchise Affair is based on the true story of the 1753 disappearance of a servant girl named Elizabeth Canning, who had claimed to have been kidnapped by two women and held in their house for a month, which initially resulted in the two women’s arrest and conviction of theft and kidnapping; but after a new investigation they were pardoned and Canning was instead convicted of perjury, resulting in a one-month prison sentence and her deportation to Connecticut.  Tey leaves no doubt that she considers the girl’s story a complete fabrication; yet, for the longest time this is merely the personal view of her protagonist, the accused women’s attorney Robert Blair, who battles against the one fallacy that also beset the defense of the real-life alleged kidnappers: proof where, if not being held captive by his clients in their house, “The Franchise”, as she alleged, young Betty had been instead (in the novel, Elizabeth Canning becomes Betty Kane).  And, just as the real Elizabeth Canning case had resulted in an unparralelled pamphleteering and mudslinging campaign for and against Elizabeth on the one hand and the two accused women on the other hand, so, too, Tey’s novel makes no bones about the destructive nature of the tabloid press, in words that evoke eerily familiar images and connotations, in the age of social media more than ever:

“The Ack-Emma was the latest representative of the tabloid newspaper to enter British journalism from the West.  It was run on the principle that two thousand pounds for damages is a cheap price to pay for sales worth half a million.  It had blacker headlines, more sensatiional pictures, and more indiscreet letterpress than any paper printed so far by British presses.  Fleet Street had its own name for it — monosyllabic and unprintable — but no protection against it.  The press had always been its own censor, deciding what was and what was not permissible by the principles of its own good sense and good taste.  If  a ‘rogue’ publication decided not to conform to those principles then there was no power that could make it conform […]

And it was the Ack-Emma that blew the Franchise affair wide open.

[…] He dropped the page, and looked again at that shocking frontispiece.  Yesterday The Franchise was a house protected by four high walls; so unobtrusive, so sufficient unto itself that even Milford did not know what it looked like.  Now it was there to be stared at on every bookstall; on every news-agent’s counter from Penzance to Pentland.  Its flat, forbidding front a foil for the innocence if the face above it [Betty’s photo].”

“Today’s Ack-Emma had not been calculated to have an appeasing effect on the mob mind.  True, there were no further front-page headlines; the Franchise affair had moved itself to the correspondence page.  But the letters the Ack-Emma had chosen to print there — and two-thirds of them were about the Franchise affair — were not likely to prove oil in troubled waters.  They were so much paraffin on a fire that was going quite nicely anyhow.

Threading his way out of the Larborough traffic, the silly phrases came back to him; and he marveilled all over again at the venom that these unknown women had roused in their writers’ minds.  Rage and hatred spilled over on to the paper; malice ran unchecked through the largely-illiterate sentences.  It was an amazing exhibition.  And one of the oddities of it was that the dearest wish of so many of those indignant protesters against violence was to flog the said women within an inch of their lives.  Those who did not want to flog the women wanted to reform the police.  One writer suggested that a fund should be opened for the poor young victim of police inefficiency and bias [Betty Kane].  Another suggested that every man of good will should write to his Member of Parliament about it, and make their lives a misery until something was done about this miscarriage of justice.  Still another asked if anyone had noticed Betty Kane’s marked resemblance to Saint Bernadette.

There was every sign, if today’s correspondence page of the Ack-Emma was any criterion, of the birth of a Betty Kane cult.  He hoped that its corollary would not be a Franchise vendetta.”

“[I]t would be a miracle, if, after the correspondence in the Ack-Emma, The Franchise was not the mecca of an evening pilgrimage.  But when he came within sight of it he found the long stretch of road deserted; and as he came nearer he saw why.  At the gate of The Franchise, solid and immobile and immaculate in the evening light, was the dark-blue-and-silver figure of a policeman.

Deligthed that Hallam had been so generous with his scanty force, Robert slowed down to exchange greetings, but the greeting died on his lips.  Along the full length of the tall brick wall, in letters nearly six feet high was splashed a slogan. ‘FASCISTS!’ screamed the large white capitals.  And again on the further side of the gate: ‘FASCISTS!'”

I own and have read the paperback editions of both books; I also listened to Carole Boyd’s stellar narration, which brings a dimension entirely of its own to Tey’s storytelling which enhances it considerably.

I’ll be using both books towards the “T” square of the Women Writers Bingo, as well as The Franchise Affair towards the Fiction from Fact chapter / square of the Detection Club Bingo (which is actually taken from the cover of this book’s paperback edition). 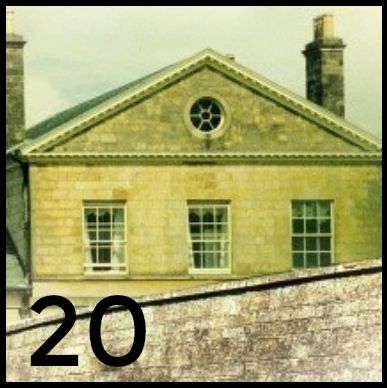 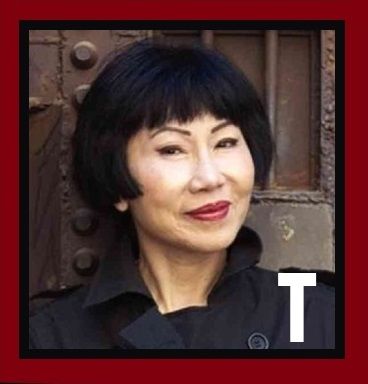