16 Tasks of the Festive Season: The Light Joker

Christmas at the Old Bailey (and Elsewhere) 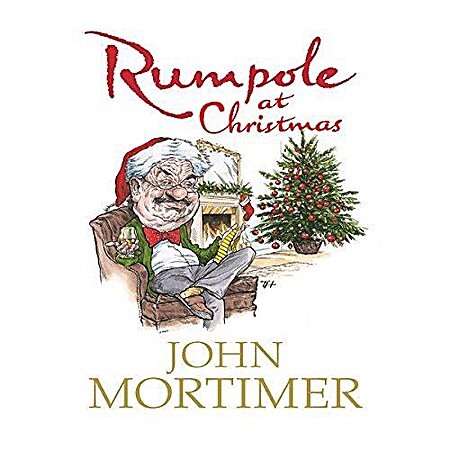 Rumpole at Christmas is a collection of previously uncollected Rumpole short stories written late in John Mortimer’s life: there are some minor inconsistencies vis-à-vis the main body of the series, but what really matters here is that Mortimer’s craftsmanship and sense of humor was going strong until the very end.  All the old familiar faces are present in one story or another — She Who Must Be Obeyed of course, but also Claude and Phyllida Erskine-Brown (Phyllida née Trant, aka “the Portia of Our Chambers”), soapy Sam Ballard and  other QCs (Queen’s Counsel or rather, “Queer Customers”), the Timsons and assorted other not-so-law-abiding members of the general populace, the spectre of the Penge Bungalow murders (“the case I tried alone, without a leader”), Rumpole’s expertise in blood spatter patterns and his exchanges on the subject with Dr. Ackerman, the expert witness, Judges “Mad Bull” Bullingham and “the Gravestone” Graves — and plenty of good old Christmas spirit; including a thieving Santa in the Equity Court Chambers (who repents upon being caught red-handed by Rumpole).

Since Rumpole is enjoying an evening by the fireside on the cover of this audio edition, I’ve decided to use this read for my application of the Light Book Joker — a book that has the words “light”, “candle”, “lamp”, “sun” or “fire” in its title or features any of these five things on its cover –, which I’m going to use to replace the book ordinarily called for on Quaid-e-Azam (Square 14, “a book set in Pakistan or in any other country that attained sovereign statehood between August 14, 1947 and today”).