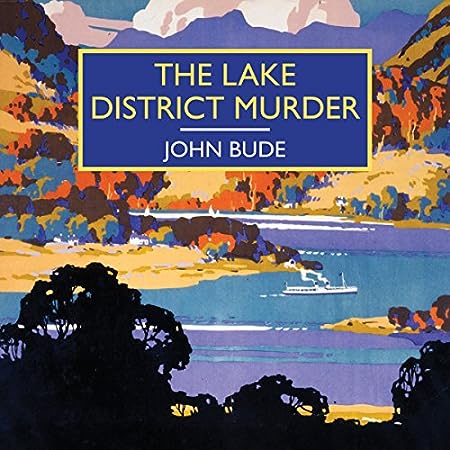 John Bude, Martin Edwards writes in The History of Classic Crime in 100 Books, deliberately set his first three books in picturesque real life locations — which then also appeared in the books’ respective titles — to set a counterpoint to the Golden Age mystery trope of concocting fictional country house settings at more or less remote distances from London.  If that truly was Bude’s intention, then in The Lake District Murder, his second mystery and the first one featuring Inspector / Superintendent Meredith, he egregiously wasted a magnificent opportunity.  The Lake District is indisputably one of England’s most striking regions, with its stark, towering fells (= hills / mountains), huge shimmering lakes, deep isolated valleys and ragged coastline.  Yet, although if Edwards is to be believed Bude was deeply familiar with the area — and deliberately even chose its less touristy part as his setting — none of this, nor any of the region’s other characteristics, is invoked by way of setting the scene.  Even about nearby Carlisle, seat of the district police headquarters, we only learn that it’s an “ancient walled city”; never mind the town’s manifold charms, which you’d have to be blind to miss even as the most casual of visitors. — Obviously, Bude wasn’t writing a tourist brochure, but damnit, setting and atmosphere matter in fiction, and there are plenty of novels that skillfully exploit the austere beauty of the Lake District (and of its less touristy parts, at that) in setting their scene.

Bude’s novels are in the tradition created by Freeman Wills Crofts in his Inspector French mysteries; i.e., they painstakingly “play fair” with the reader, which may result on occasion — and certainly does here — in an excessively detailed description of the steps undertaken by the protagonist investigator, to the point of getting bogged down with schedules, time frames, and the technical detail of machinery that, at least as far as I am concerned, tends to go straight over my head (in the present instance, even though I had some previous knowledge of the workings of at least part of the machinery involved).  Add to this a murder investigation that, not even 1/4 of the way into the book, gets seriously derailed by an investigation into a related criminal conspiracy (related, hence ultimately relevant also for the resolution of the murder, however completely sidelining the murder in terms of focus for the majority of the book) — which ancillary investigation, in turn, likewise takes a huge detour before finally moving onto the right track — as well as investigative methods that must make the fingernails of any modern reader with even the most marginal familiarity with real police work and criminal law roll up all the way to their cuticles in pain, and you’ve got … well, let’s just say a book that would have hugely benefitted from an unafraid editor’s honest pruning but which, as it is, only ever impinged on my reading brain whenever the results of the past 100 or so pages’ (or 3 hours’) worth of painstaking investigation were summed up for another character’s benefit.

I like Bude’s understated sense of humor, and I like Meredith — or rather, I liked him until a comment (albeit from the authorial, not the character’s perspective: not that that makes it any better if course) towards the very end of this book playing into the cliché according to which it is in woman’s nature to respond to any profound shock by fainting (for perspective: we’re talking about a very young housemaid who opens the door in the middle of the night to find a score of middle-aged policemen — emphasis: men; emphasis: in uniform; emphasis: armed — on the doorstep, who in turn, with nary a “by your leave”, proceed to enter her employer’s, and hence also her home, intent on arresting said employer, who thereupon instantly shoots himself).  So anyway, I will probably give Bude’s writing another chance at some point.  But it’s likely not going to be anytime soon, and the more books I read of the variety that define “playing fair by the reader” as holding back the protagonist sleuth’s investigation so as to make it patently easy for the reader to follow along every step of the way, the more I am convinced that this is not “my” type of mystery.  There may be situations, even in the most ingeniously crafted mysteries, where such a thing may be necessary (think: Dorothy L. Sayers’s Nine Tailors and Five Red Herrings), but by and large … give me Hercule Poirot’s “little grey cells”, Sherlock Holmes’s “observation of trifles”, and a rousing surprise finale any day of the week.

I read this for chapter / square 6 of the Detection Club Bingo (“Serpents in Eden”). 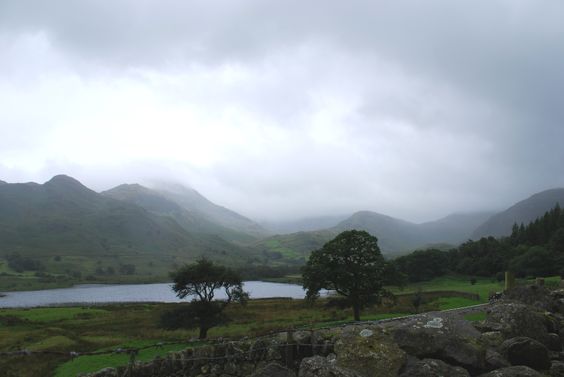 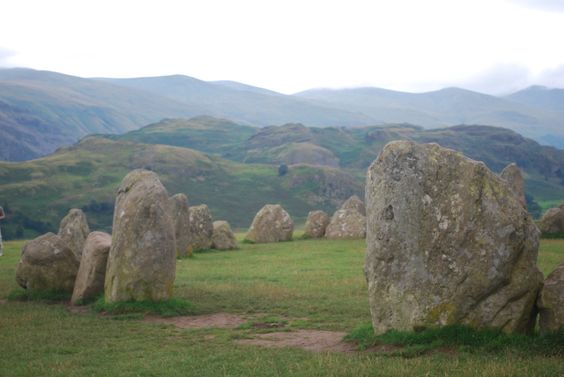 In the Lake District:
On the road from Ambleside to Coniston (left) / Castlerigg Stone Circle (right) 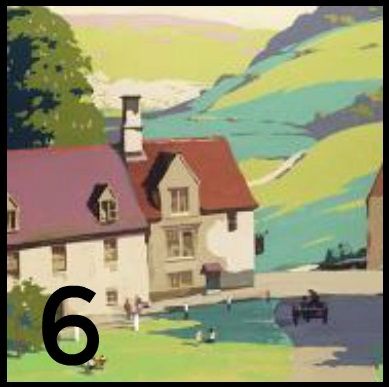