Festive Tasks, Door 18 — Spiritual Practice or Religious Observance: Read a book with a split timeline — one that takes place in the present and one that takes place in the past — or a book where people from different ends of the spiritual spectrum (believers / nonbelievers, people from different religions etc.) come together to jointly overcome a threat or a crisis. 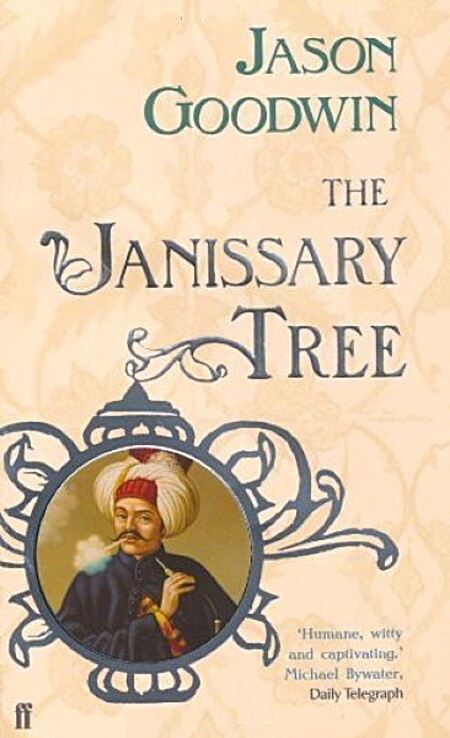 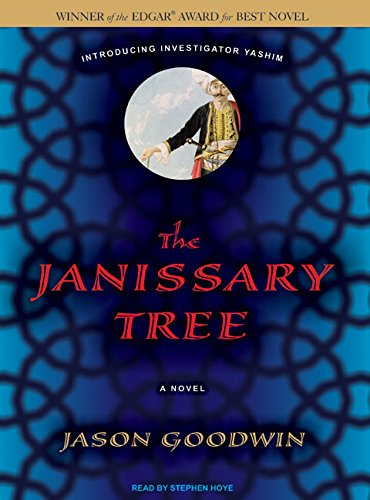 This book had been on my TBR since practically forever, and given that it’s right up my alley (historical mystery — check; interesting location somewhere abroad — check), I still don’t quite understand how I never got around to it before this year. Anyway, I’m glad I finally remedied this … even if, despite thoroughly enjoying the reading experience, I’m not sure I’ll be returning for more books from the series anytime soon; chiefly because I don’t entirely buy into the basic premise positing a eunuch as the ruling Ottoman monarch’s go-to person for secret investigations of all kinds.

That part out of the way, however, there is plenty to enjoy here; Goodwin paints a vibrant image of Ottoman-era / 19th century Istanbul, contrasting and complementing what those of us living in the West know about late 18th / early 19th century Europe: Turkey was, after all, one of the leading military powers of the day; and both the geopolitical and the domestic aspects of the novel (society, court life, etc.) are very well-researched. As the title (guardedly) indicates, the book is based on a real event, the so-called Auspicious Incident: the forced 1826 disbanding of the Ottoman Empire’s centuries-old elite force, the Janissaries, and their subsequent unsuccessful mutiny. Considering that the vast majority of the Janissaries (several 10,000s of them) were either executed for having participated in the mutiny or killed while that mutiny was suppressed, this novel’s further premise (the idea that the surviving Janissaries went underground and conspired to do away with the Sultan) is not a far-fetched one, either.

I just wish Goodwin had refrained from also using the urban legend claiming that Sultan Mahmud II’s mother (Nakşidil Sultan) was actually Aimée du Buc de Rivéry, a distant cousin in law of Napoleon Bonaparte’s first wife Josephine de Beauharnais, who vanished as a young woman and was rumored to have been abducted by Barbary pirates and sold into a harem. This sort of spurious add-on just unnecessarily diminishes the credibility of an otherwise well-researched book — it may have sounded like an interesting story to Goodwin, but he really should have the sense to resist the easy draw of sensationalism.

All told, though, the historical detail is more interesting than the mystery as such; for one thing, Yashim is yet another investigator who somehow manages to be Holmes and Watson rolled into one (with the Watson persona prominently shining through again and again in the most implausible of ways and situations), until we get to the end, where it is not merely Holmes who suddenly emerges triumphantly but he even somehow, even more implausibly — to the point of ridicule — merges personalities with The Little Corporal. Yet, I enjoyed Yashim’s interactions with the diplomats of the day, particularly his friend, the (on occasion, quite literally) derobed ex-ambassador of the just-then-no-longer-existing Kingdom of Poland.

It is the latter friendship, too — plus a rather crucial episode involving the ambassador of the very-much-still-existing Russian Empire — which justifies me in using this book for Spiritual Practice square of Festive Tasks; as in the cooperation of these gentlemen we have a Muslim, a Roman Catholic and (albeit unwittingly) a Russian Orthodox Christian coming together to prevent what could very much have turned into a second “Auspicious Incident” ten years after the first one. Add in the Sultan’s mother (or her fictional incarnation, at any rate), plus a lady with whom Yashim has a bit of a dalliance (yes, eunuchs really still could, in case you’re wondering), and we have two more Christian ladies taking a hand in the affair … and on the Muslim side, we might as well count in the Sultan, who has just enough of an active role as a character in the novel to count as a noticeable factor.