It’s beginning to look just a little bit like Christmas …

Another week from hell, and it looks very much like there will be more of the same in store almost all the way through Christmas — looks like the year is intent on finishing in style (in the same style as it’s adopted in the last several months, that is).

So, I decided that enough is enough, spent the better part of the day cleaning away the mess that had been accumulating in my living room (mostly though not entirely work-related) … and made room for this: 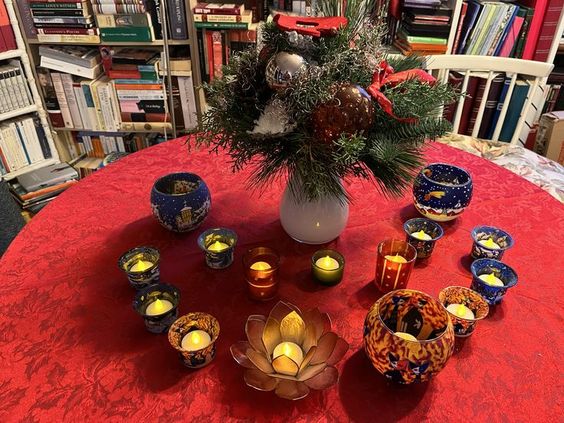 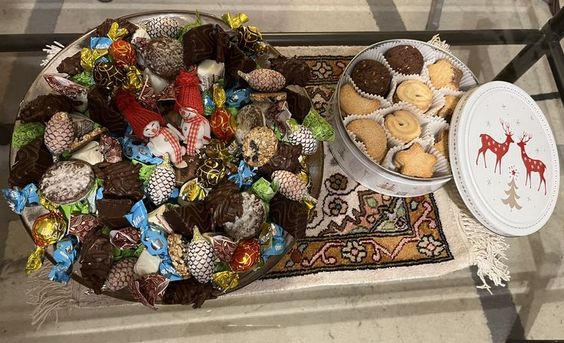 Vacuuming, cleaning the bathroom and other necessities have been pushed to tomorrow, and I’m not sure I’m going to have the energy of rising to the full Christmas decorations routine this year; I’m simply too wiped out. But the Christmas bouquet and candles, as well as the bowl of goodies are right in my line of vision when I’m sitting down on the couch, and I’m feeling so much better already for that alone!