Ian Fleming: The Man With the Golden Gun 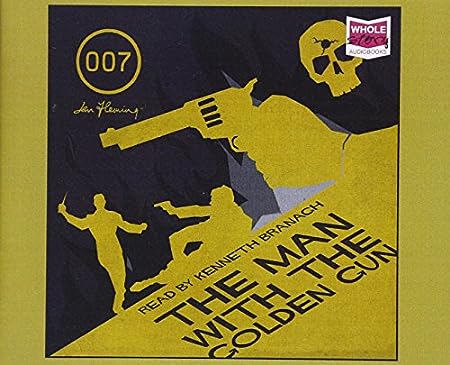 In the discussions inspired by Broken Tune’s reads of Hugh Fraser’s Rina Walker books a comparison with Ian Fleming’s James Bond novels came up — I thought before I embark on Fraser’s novels myself (if I do) I ought to at least briefly dip into Fleming’s, though going by appearances it strikes me that there is probably a case to be made that the better comparison piece would be the Bond movies, not the actual novels.

Anyway, I’m not planning to embark on a run-through of the entire Bond canon — I have no doubt that there is plenty of sameness both in the approach and the storylines (not to mention racial and sexist stereotypes), so if I’d done that instead of short-cutting to this, the last novel of the original Bond series, I’d probably be worn out and bored to tears at this point. Not having done that, I could actually enjoy the story as a thriller, not to be taken too seriously (and not looking too closely at the obvious plot holes, most notably the question why Bond, having run into his quarry in a Jamaican brothel fairly early on, doesn’t take him out immediately — he has NO sort of watching or investigating brief, after all; he’s supposed to kill the man outright.  Or, for that matter, why Scaramaga, circumspect arch-villain that he is, would ever decide to take on a man about whom he knows nothing whatsoever as a temporary security guard.  But then, of course, we wouldn’t have the pleasure of visiting that hotel, meeting the scoundrel’s latest business associates, and embarking on that luxury train ride out into the country …).

My enjoyment of this book was immeasurably enhanced by having it read to me by Kenneth Branagh — he is one of those people to whom I’d listen reciting the phone book, and quite frankly the fact that he was reading this book was one of the reasons why I picked it for my brief dip into 007 waters in the first place.  Without Mr. Branagh’s narration, this would have been somewhere in the 3 or 3 1/2 star range — but he managed to add a whole different level to it, and for this he earns the whole package a healthy racking up of its star rating.

Since the bulk of the story takes place in swelteringly hot and sunny Jamaica, I also got to complete my read for square 14 of the 16 Festive Tasks that way — Dies Natalis Solis Invicti.

0 thoughts on “Ian Fleming: The Man With the Golden Gun”