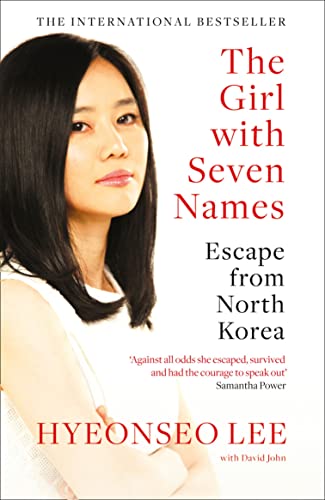 A riveting read and proof positive of the old adage that truth is vastly stranger than fiction: the true story of a young woman who defected from North Korea to China “by accident” right before her 18th birthday and, after ten years of trials and tribulations, eventually ended up in South Korea and, later, in the U.S., where she testified about her experience, and more generally on the topic of dictatorial regimes and human rights abuses, before various bodies of the U.S. government and the United Nations.  At times her story is so heartstoppingly riveting that you want to doubt whether all this truly happened, but apparently it did — and the book is worth a read for her unquestionably personal and in-depth inside perspective on Norh Korea and China alone.

0 thoughts on “Hyeonseo Lee: The Girl with Seven Names”