Horrace Walpole: The Castle of Otranto 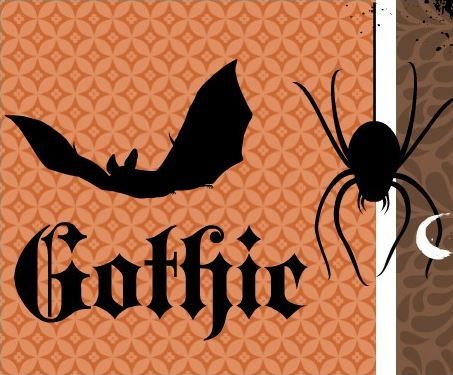 The grandfather of all gothic literature, madly dashed out in the space of a mere eight days. Intended as a (semi-)satirical response to the “Frenchification” of the 18th century English stage, where – under the influence of Voltaire’s criticism of Shakespeare – scenes considered unduly “rough” and “uncultured” (like the gravediggers scene in Hamlet) were often cut entirely, while at the same time actors highly emphasized emotions considered “natural,” Walpole’s Castle of Otranto simultaneously created the gothic genre and acted as its very first spoof.  This one has got all the ingredients that would come to characterize gothic writing from the novels of Ann Radcliffe, C.R. Maturin, Sheridan Le Fanu, and E.T.A. Hoffmann, to the late 19th century and 20th century “penny dreadfuls” and A-, B- and C-horror movies of classic Hollywood: An Italian setting, a haunted castle imprisoning rather than protecting its inhabitants, a walking / shape-shifting painting, ghosts and other preternatural phenomena galore, virtuous virgins (and wives) ruthlessly persecuted by a furious fiend, secret underground passages, abandoned orphans, lost princes, a clergyman with a colorful and sad personal history, dueling noblemen, and a young hero appearing in innocuous disguise but ultimately revealed as a white knight in shining armor.  To top it off, Walpole, in the book’s first preface also presented the tale as the alleged 16th century (geddit? Shakespearean-age!) translation of a medieval southern Italian legend (a sleight of hand technique that, inter alia, Umberto Eco also uses in The Name of the Rose, which bears many other, though not all elements of a gothic novel as well) … engendering a veritable shit storm – not least on the part of critical reviewers – when he revealed his bluff and stated his true purpose in the preface to the second edition. 18th century star actor David Garrick as Hamlet, depicted in the (in)famous pose upon seeing his father’s ghost (left: etching from Dramatic Characters, or Different Portraits of the English Stage, 1773; right, mezzotint after a painting by Benjamin Wilson, 1756): probably the single most prominent example of what was considered “natural” acting on the 18th century stage.  The “hair raising” effect was produced by a hydraulic wig.

0 thoughts on “Horrace Walpole: The Castle of Otranto”