MR suggested a group or buddy read of Margaret Atwood’s The Testaments — I’d definitely be up for that.  (Ditto Toni Morrison’s Beloved, if it comes to that.)  If I can work up the nerve, I may reread The Handmaid’s Tale prior to bingo just so as to have the continuity experience; either way, I’m definitely planning to read The Testaments.

Delia Owens’s Where the Crawdads Sing is the kind of immensely hyped book that I would ordinarily not touch for another year or two at least, just to see how much staying power it has once the hype has died off.  But it’s been reviewed favorably — enthusiastically even — by several people whose opinion I trust, so now I actually do want to see what all the excitement is about.

Joy Ellis’s The Guilty Ones is book 4 in her Jackman and Evans series, the second book of which completely blew me away during last year’s bingo to the point that I’ve since also listened to all the other books from the series that have been released on audio to date.  While my first experience (Their Lost Daughters) still remains unsurpassed, the series has fast become a new favorite and each new release is eagerly anticipated.  (Obviously it also helps that all of the audiobooks are narrated by Richard Armitage.)

And Priscilla Royal’s 13th century Prioress Eleanor / Tyndal Priory series has been on my TBR for a minor eternity, so I’m really hoping I’ll finally be able to make room for it this time around! 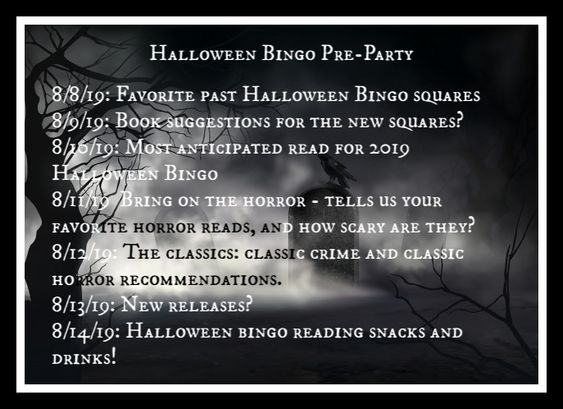