Graham Greene: The Third Man (and The Fallen Idol) 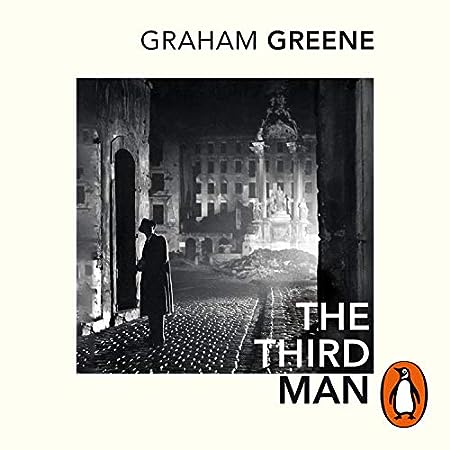 If you’re coming to this book from having watched the movie starring Orson Welles, Joseph Cotton, Alida Valli and Trevor Howard (as you arguably should — Greene wrote the novella as a preliminary exercise for the screenplay), probably the first thing that is going to stand out to you is the changed perspective:  Whereas the movie closely tracks the writer, Martins (whose first name is Holly in the screenplay, Rollo in the novella), the novella is written from the POV of Major Calloway.  It thus adds another level, and at the same time distances the reader from the action in a way that the movie doesn’t (and arguably can’t): The movie is all about Martins’s search for the truth about Harry Lime, and the shattering of the writer’s wide-eyed, naive illusions about the man he used to consider his best and most unselfish friend, and who now turns out to be anything but.  The novella, on the other hand, presents the events that constitute the entirety of the film as merely one episode — albeit a particularly memorable one — in Major Calloway’s post-WWII military police stint in Vienna, with plenty of commentary on the city’s four-sector status under the four victorious powers’ (U.S., UK, France, and Russia) joint administration of the city.  And whereas in the movie, it is chiefly the black and white cinematography, Harry Lime’s abject cynicism, and the iconic zither score that makes for a “classic noir” atmosphere, in the novella it is foremost the considerable cynicism of Calloway himself that creates this impression.  For me this worked rather well; maybe in part because to a limited extent I can relate, as the city where I’m born and where I spent my early childhood (plus a decade of my adult life), Berlin, from 1949 to 1990 was subject to the same sort of “four victorious powers” administration, not just technically (even after West Berlin had gained the full status of a West German state, with an independent administration of its own, you were still aware that unlike in the rest of West Germany, there was a higher and foreign authority that needed to be taken into account; and until the end it mattered whether you were moving in the American, British, or French sector — not to mention the Russian sector, of course, which had become East Berlin and, as such, the capital of East Germany).  Either way, the novella and the movie complement each other rather well.

The audio edition that I listened to combines The Third Man with a short story with essentially the same theme: as the story’s title (The Fallen Idol) suggests, it, too, deals with the shattering of illusions; in this instance, those of a small boy about a domestic servant to whom he had been looking up like to a father figure, but who in the space of a single day reveals himself to be as unworthy of the boy’s hero-worship as he can possibly be.  Like in the movie The Third Man, the story is told from the perspective of the person whose illusions are being destroyed, and here Greene uses that perspective — further limited in that it is that of a small child, with a necessarily limited understanding of the world as such — to very great effect.