I am, so far, not overly convinced that Georgette Heyer’s historical romances are for me: Not only as a general matter (I am not a major romance reader to begin with), but more specifically, because this is essentially Austen fanfic … and as with all fanfic and pastiches, give me the original rather than the imitation any day of the week.  (And that’s not even taking into account that I am a huge fan of Jane Austen and, as such, hyper-critical of anything based on her works to begin with.) 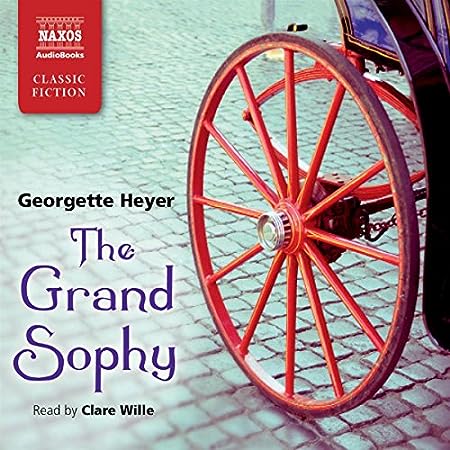 Ugh.  Manifestly not the best book to pick as an introduction to Heyer’s romances.  I know it’s wildly popular, and I acknowledge that it’s well-done as far as the writing as such is concerned — and in a more contemporary setting, much of the dialogue would come across as exceedingly pithy and funny.  (And yes, Heyer has a definite handle on Austen’s language — well, she ought to, given that she kept close notes on Austen’s books.)  So, all the stars I have to give to the book are based on that, and let’s not make any bones about it, I’m being extremely generous there.

Because for one thing, this is fanfic not only in language and setting; half the plot episodes are taken right out of Austen, too (only moved from Bath or from the countryside to London); and then, as for the heroine … let’s just say that in an Austen novel, and in real-life Regency society, she wouldn’t have been able to hold her head high and appear in polite society pretty much after day 1 of her return to England; and her father would be severely censored in turn for “giving her her head” to such an unconscionable extent.  Sophy isn’t so much “accomplished” by Regency standards as completely unwomanly, immoral and headstrong, and her love interest Charles … well, he’s got nothing on any Austen hero, either, particularly not on Mr. Darcy and Colonel Brandon (both of whom he is apparently intended to resemble in parts, but neither of whom would ever even have been seen in Sophy’s company, let alone come around — like Charles — to rejoicing in her attitude and in what Regency society would have considered her “antics”).  In short, Sophy is precisely what happens if you transpose 20th century sensibilities and attitudes to a historic time period with pretty much precisely the opposite values; and the contrast is jarring from first to last. 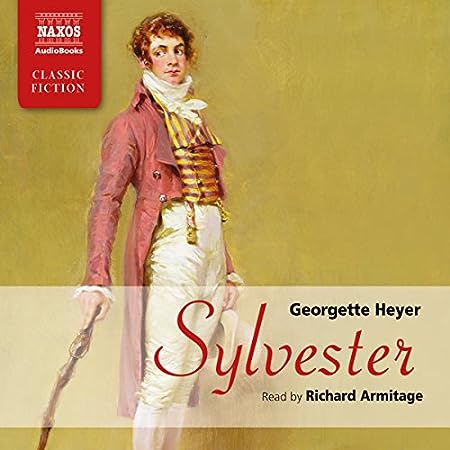 I’d almost given up for good as a result of my disappointment with The Grand Sophy, but I figured I’d give Heyer another shot; besides, this was an audiobook narrated by Richard Armitage, so I knew I’d enjoy the narration if nothing else.

Well, as it turns out, I did enjoy the plot and the characters a bit more than in my first try with Heyer’s Regency books, too, though make no mistake, this is substantially derivative as well (again with the sole exception of the locations); and you probably don’t even have to have read Pride and Prejudice a single time — a mere online synopsis will do — in order to realize that Sylvester Rayne is yet another Darcy stand-in; or more precisely, a stand-in for the pre-first-marriage-proposal version of Darcy that Lizzy believes she is seeing.  (Though, there’s definitely nothing like Colonel Brandon about Sylvester.)  But at least we’re spared the excessive degree of intrusive 20th century sensibilities into the Regency setting: there’s still some of it, but it’s toned down to a level that makes the story just about almost believable, and although the allegedly plucky heroine has occasional TSTL moments worthy of a Marianne Dashwood, Kitty Bennet, Maria or Julia Bertram, or Harriet Smith, by and large she does manage to redeem herself.

I may take a look at other Heyer romances in the future, but it is likely going to be a while until I get there; and I doubt I’ll ever consider them anything more than the literary equivalent of cotton candy: sweet, cloying, and with absolutely zero nourishment value beyond a momentary enjoyment. — I have a fairly well-developed sense of what is going to work for me in terms of books, and it was precisely that sense that kept me away from them until now … and which is now whispering “I told you so!” inside my head.