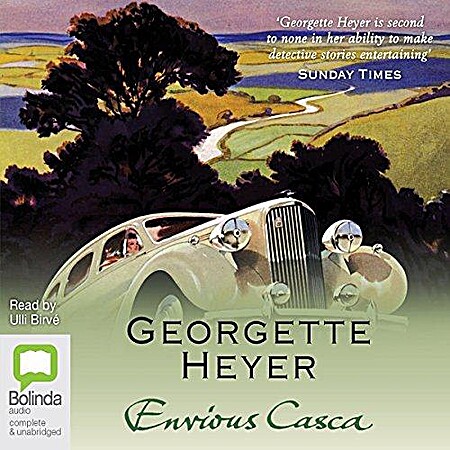 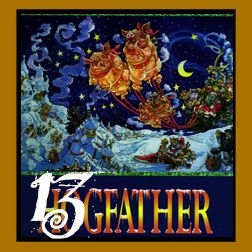 This was a season- (and 16 Festive Tasks-) induced reread; Envious Casca actually is, however, my favorite among all the Georgette Heyer mysteries I’ve read so far.  Recently republished under the title A Christmas Party (shame on anybody hearing a cash register tinkling faintly in the background), it’s the seasonal entry in Heyer’s series of country house mysteries — investigated first by Inspector Hannasyde and later by his erstwhile sergeant-turned-Inspector Hemingway –, and thus fits nicely into the mold of the wave of Christmas house party mysteries that enjoyed a near-undying popularity in the first half of the 20th century, and which have recently seen a major renaissance.

I like this book considerably better than most of Heyer’s other mysteries, as most of her other books are populated by a crowd of just-too-nice-to-be-believed nice chaps and bright young things (one of whom, or their equally over-the-top nice elders, typically turns out to be the murderer, with someone else hiding a dose of poison under their oh-so-nice facade as well) … all of which had me exasperated after a while and deciding I was just about done with Heyer.  Not so here, however: the only over-the-top-nice person is an old fogey named Joseph Herriard, who is decidedly more of a parody than a straightforwardly-created character; everybody else, beginning with the victim-to-be, Joe’s curmudgeonly brother Nathaniel, and all the way down to the young’uns wished upon Nat by Joe for what has to be one of the Top 10 ill-assorted Christmas parties in the history of mystery writing, seems to feed on regular doses of pure acid, which makes for rather spirited exchanges — or, um, well, actually, anything from squabbles to all-out tongue-lashing fights — pretty much the whole way through.  (And the servants aren’t any better … I suppose a Golden Age reader might have asked, “how can they expected to be with the kind of example set for them Upstairs?”).  All of which, in the hands of a different writer, could easily be a recipe for disaster when it comes to synching that sort of characters with the proper Christmas spirit, but Heyer pulls it off beautifully, essentially by taking neither Christmas nor her characters excessively seriously, while however never talking down to them, either — or to the reader.

The narration by Ulli Birvé (who narrates all of Heyer’s books) is OK, but just a bit too contrived and unnatural at times for my liking — besides, she gives Inspector Hemingway the audiobook narrator’s standard “country copper” accent, which he decidedly doesn’t have in my ears — all of which is why I subtracted a half star for the audio version. Heyer’s actual book is a 4 1/2 star read for me.

I revisited this for the “Christmas” square of the 16 Festive Tasks: Read a book whose protagonist is called Mary, Joseph (or Jesus, if that’s a commonly used name in your culture) or any variations of those names (e.g., Maria or Pepe).  (It’s impossible to pin down one single protagonist in this book — in cinematic awards terms, this one, like many country house mysteries, would be a sure-fire candidate for a “best ensemble” award — but Joe Herriard is definitely one of the stand-out characters in an overall deliciously acrimonious cast.)