Task 2: Show us your feline and non-feline pets. Try to get as many of them into a picture as you can without causing mayhem or the fur to fly and share it with us. If the animals just don’t feel the love, multiple photos are ok too, but make them the zany shots that would cause embarrassment to said pet if they could feel such emotion. Alternatively, show us a picture of an animal you wish were domesticated so you could have it as a pet, without the risk of being eaten or having your house destroyed!

Sunny and Charlie are part of my profile banner on the new site, and I don’t think they can get any closer than being squeezed together (of their own free will) into one single chair; though after the scratch post battles of yore, I always thought this sort of sight was pretty impressive as well: 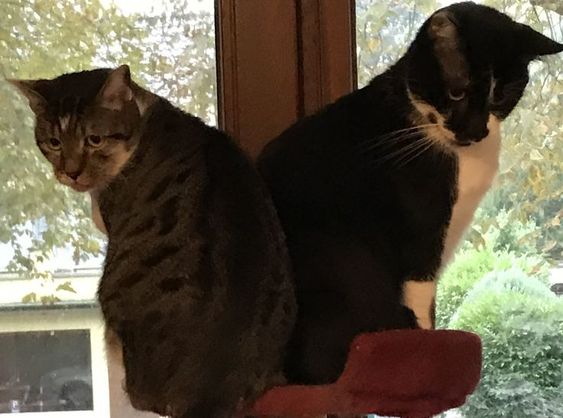 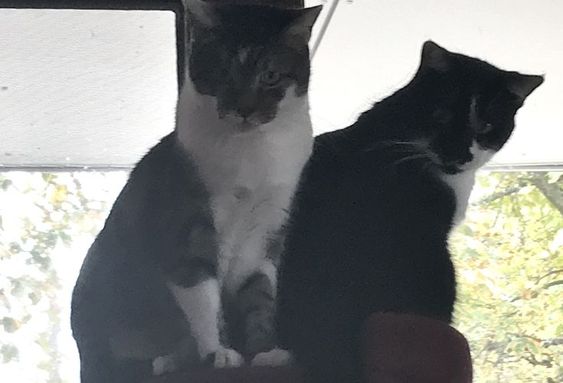 Then that scratch post gave up the ghost (well, it had only been acquired for use by a single cat …), and we had to have a new one — and of course priorities had to be settled all over again, so the fur actually did fly. 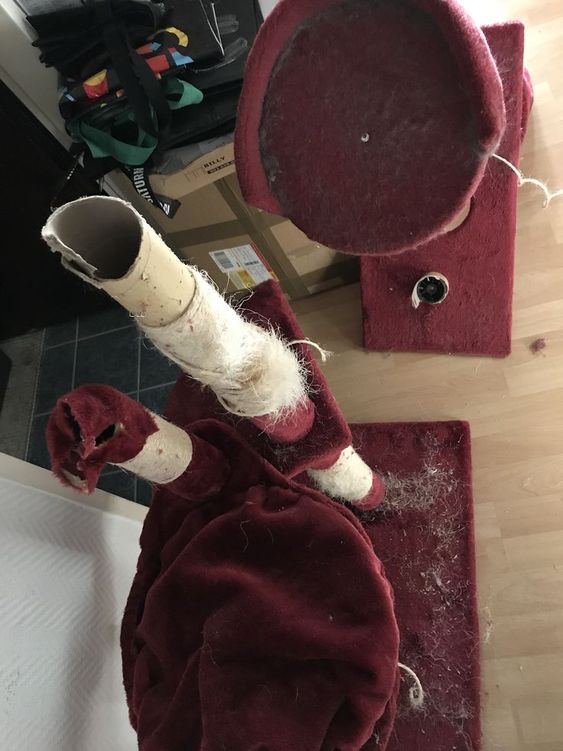 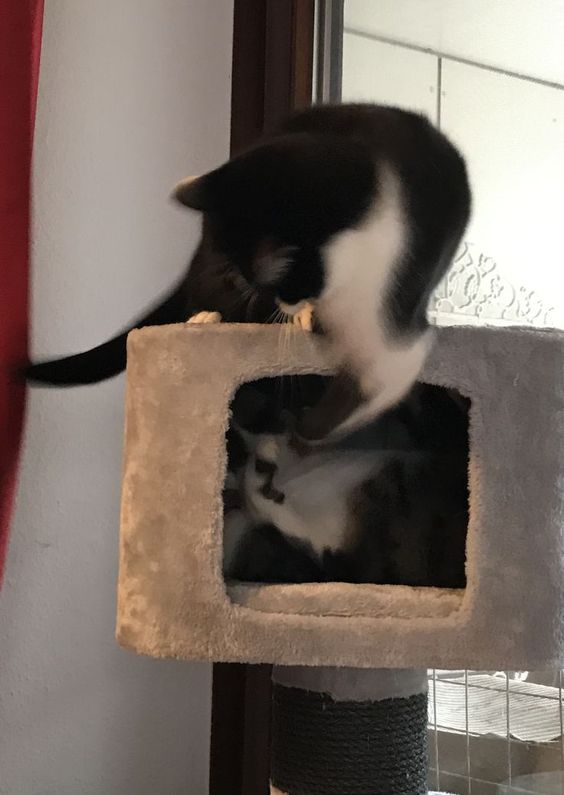 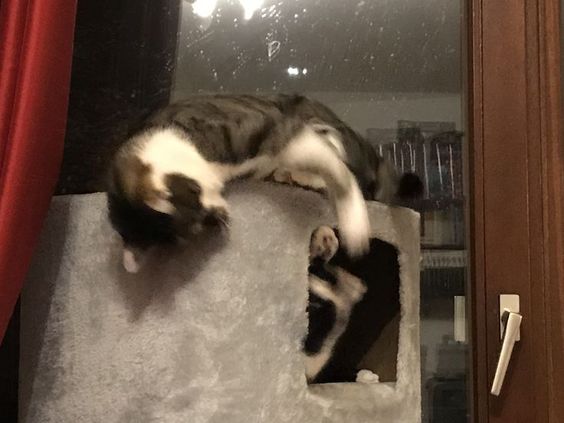 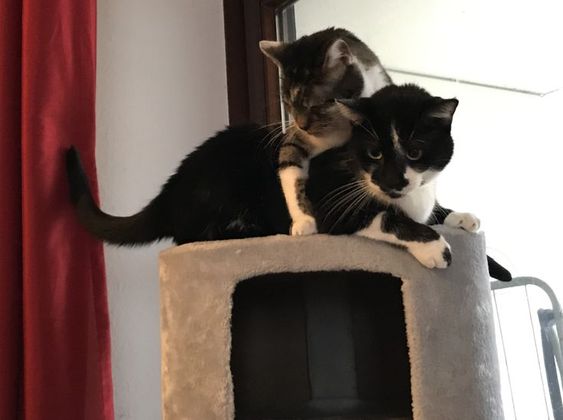 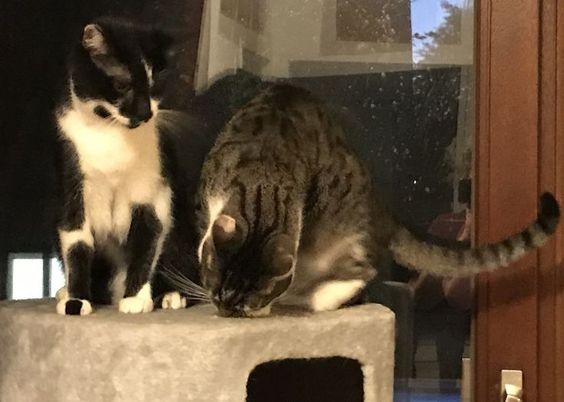 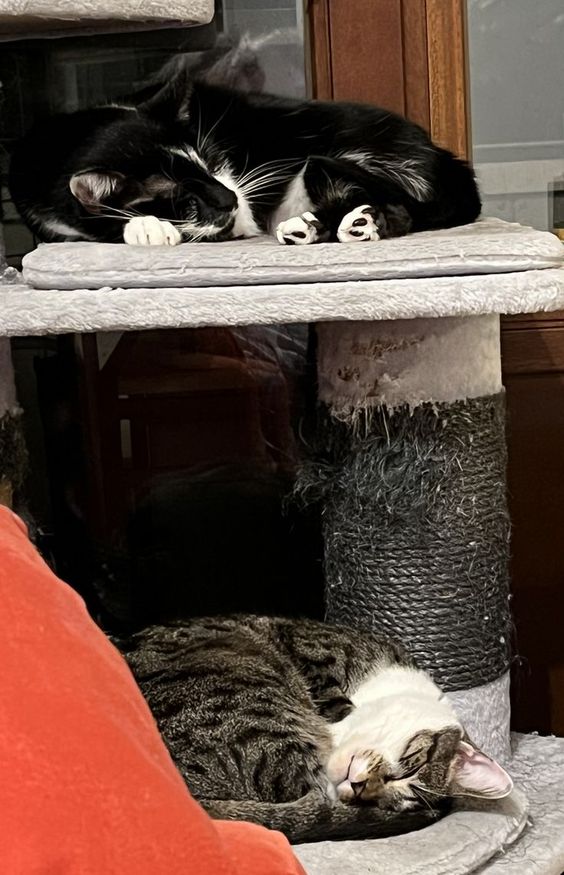 All that, however, was two years ago (time flies …), and we’re now clear at last that every cat in this home is allowed to use the scratch post any which way and anytime he wants.

And in fact, the view to the left brought much-needed serenity to my home during the craziness of putting together the SRR in addition to a busy month at work!  I’ve come to call it “a stack of cats.”

As for embarrassment, though, — that is something these boys have never done, particularly not Sunny …! 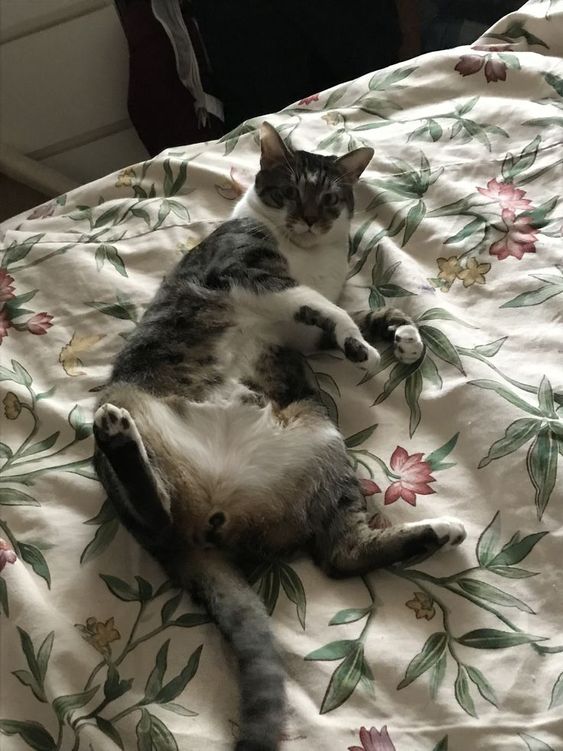 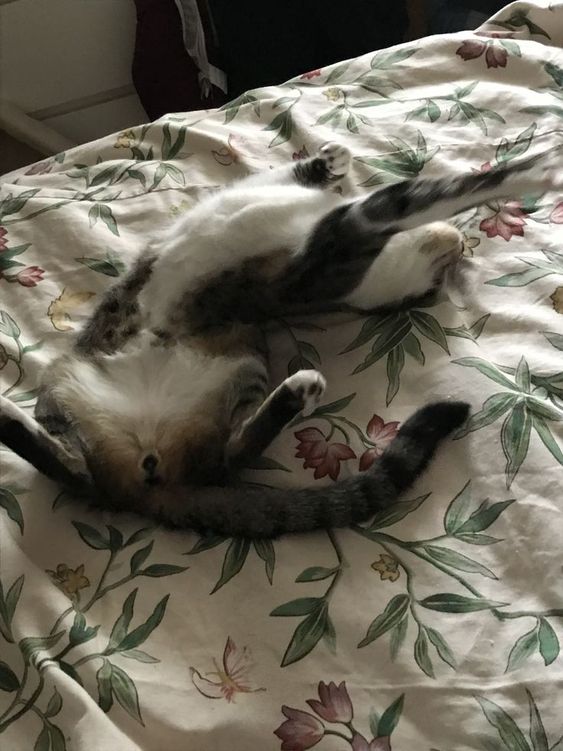 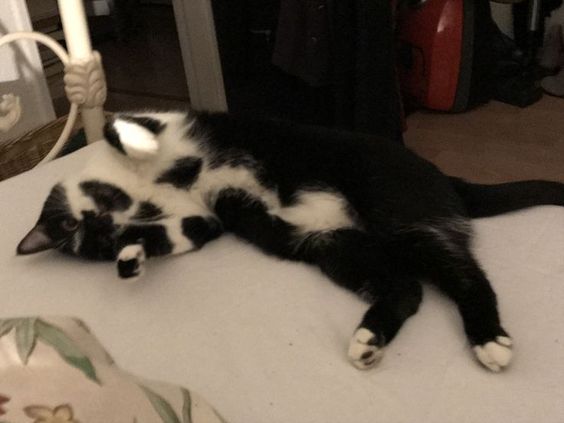 Lastly, as for a wild animal I wish I’d own … that one, too, is pretty obvious, seeing my avatar here and the name of my blog.  I love all felines, big and small (and wildlife generally); and as a kid, there actually was a time when I dreamt of owning one of each of the big cat species.  Obviously, they’re much better off in the wild than in any zoo, but there are few activities I find more loathsome than big game hunting; so in memoriam, I’m just going to leave this here: 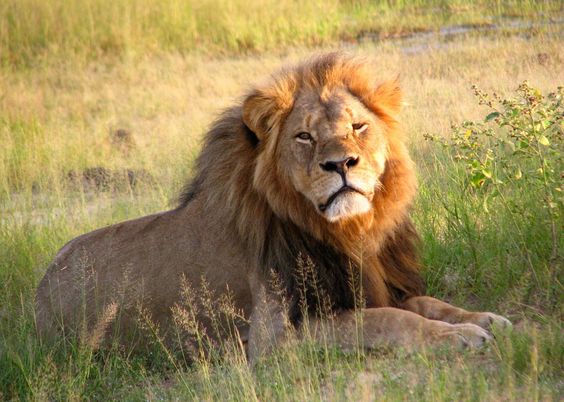 “He was an old lion … [b]ut he had the dignity of all free creatures, and so he was allowed his moment.  It was hardly a glorious moment.  The two men who shot him were indifferent as men go, or perhaps they were less than that. […] [T]hey shot him without killing him, and then turned the unconscionable eye of a camera upon his agony.  It was a small, a stupid, but a callous crime.”
Beryl Markham: West With the Night

“I suppose if there were a part of the world in which mastodon still lived, somebody would design a new gun, and men, in their eternal impudence, would hunt mastodon as they now hunt elephant.”
Beryl Markham: West With the Night