Ethel Lina White: The Lady Vanishes (aka The Wheel Spins) & The Spiral Staircase (aka Some Must Watch)

Well, I can see the appeal to movie directors …

… but in written form, this isn’t really my cup of tea.  Which isn’t necessarily the fault of White’s writing is such — she has a fine eye (and ear) for characterization and language — but rather, of her chosen topic.  I’ve never been much of a fan of “women in peril” stories; they tend to be replete with fevered agitation and hyperbole, and however understandable the protagonists’ fear and excitement may be in a given situation, the situation as such is almost invariably so unrealistic as to be the literary equivalent of “B movie” material.

That being said, Hitchcock definitely milked The Lady Vanishes (which was originally published as The Wheel Spins) for all it was worth and then some — in fact, this is one of the rare examples where I decidedly prefer the movie over the book: not only because Hitch gave the story a spin that isn’t present in the literary original at all (even if that doesn’t make the story one iota more realistic — it’s just plainly more fun), but chiefly, because Michael Redgrave’s version of Iris’s (the heroine’s) knight in shining armour is decidedly more likeable than the character from the book, who — even though he’s meant to be likeable — to me just comes across as one hugely condescending a$$hole, hardly any better than the professor in whose company he travels.  Similarly, Iris herself is more likeable as portrayed by Margaret Lockwood in the movie: whereas there, I am genuinely sympathetic to her strange plight, the book mostly elicited my rage at her fellow passengers’ reactions — however not on Iris’s behalf specifically but on behalf of womanhood generally, against a society that automatically disbelieved and put down as hallucinations and figments of an overactive imagination any woman’s assertions that weren’t supported — or that were even directly contradicted — by other witnesses, especially men and / or figures of authority.  (In fact, if I hadn’t read Charlotte Perkins Gilman’s The Yellow Wallpaper, biographical background information included, I’d have dismissed the whole premise of The Lady Vanishes as wildly improbable.  Sadly, at the time of its writing, it wasn’t.)

The Spiral Staircase (originally published as Some Must Watch) combines a remote country house setting on the Welsh border with a serial killer story; and if the isolation of the house and the prowling maniac weren’t enough in and of themselves, the whole action takes place over the course of somewhat less than 12 hours, mostly after nightfall.  I haven’t seen any of the several movie adaptations of this story, but I can see how a skilled director would be able to ratchet up the tension quite skillfully here, what with the dwindling down of effective defenses against the maniac and a cast of fairly outlandish (and unlikeable) characters inside the house — if you buy into the premonition that this house is where the serial killer is headed next, and that he is after the book’s heroine, to begin with.

I liked The Spiral Staircase a bit better than The Lady Vanishes — 3 1/2 vs. 2 1/2 stars, respectively, which averages out to 3 stars for both together.

The Spiral Staircase (under its original title Some Must Watch) is mentioned as an example of a country house mystery in Martin Edwards’s The Story of Classic Crime in 100 Books, so I’ll be counting that towards the corresponding square of my Detection Club bingo card, and both books, in addition, also towards the Women Writers Bingo. 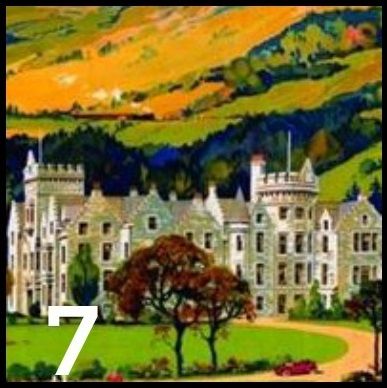 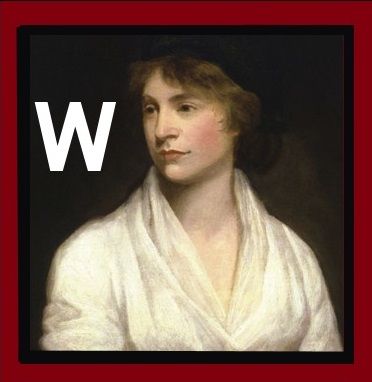 0 thoughts on “Ethel Lina White: The Lady Vanishes (aka The Wheel Spins) & The Spiral Staircase (aka Some Must Watch)”