Not So Clever, After All 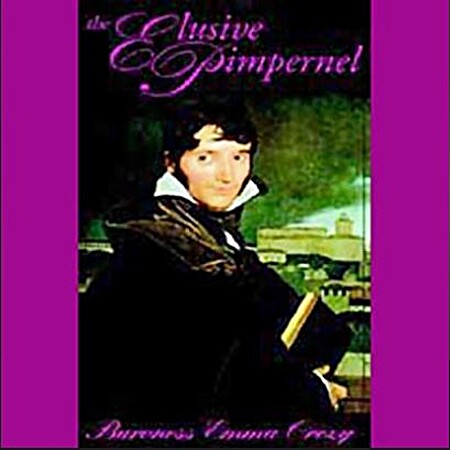 Ye gods! the irony of it all! Had she not been called the cleverest woman in Europe at one time? Chauvelin himself had thus acclaimed her, in those olden days, before she and he became such mortal enemies, and when he was one of the many satellites that revolved round brilliant Marguerite St. Just. And to-night, when a sergeant of the town guards brought him news of her capture, he smiled grimly to himself; the cleverest woman in Europe had failed to perceive the trap laid temptingly open for her.”

Totally with you there, M. Chauvelin, I’m afraid — Marguerite is behaving like the worst of literary history’s headless TSTL chickens here.  This is one of the books that really should have captured me, because it is from this book (not from the first one) that the creators of virtually all screen adaptations of The Scarlet Pimpernel (and its sequels) have drawn a plethora of the screen “Pimpernel’s” signature attributes and plot highlights, or almost all of the things, anyway, that go beyond the central features of his dual identity and his league’s activities: The “demmed elusive Pimpernel” ditty, the attempt to draw Sir Percy into a duel by creating a scandalous scene at a social gathering involving Marguerite, the explicit entrapment of Marguerite (and / or her brother) in order to entice Percy to travel to France (where a trap will be laid for him in turn — and where he will have to save one or both of the St. Justs in addition to completing the venture that is actually taking him there), the use of a treacherous French actress, and the suggestion of a fencing duel between Sir Percy and Chauvelin in a fortress on the Channel coast, with Blakeney’s yacht Daydream waiting in the waters off shore, ready to take him and Marguerite back to England at the end.

Unfortunately, however, this book only worked for me up to about the halfway point (or actually, only a little before that even); i.e., as long as Marguerite was displaying at least a modicum of wit.  The moment she basically allowed her brain to shut down and decided to heedlessly run after her husband, with no idea (nor really any way) how to help him on his mission to France and every probability of making his life about a million times harder, the whole thing turned into a pretty consistent groan fest.  It also didn’t exactly help that there is a whole lot of telling instead of showing going on in the second part of the book, as well as scenes and dialogue that don’t exactly advance the plot — this is not an exceptionally long book, but the final (or, well, next to final) part still dragged interminably.  All of which is a shame, as the book starts with a lot of wit and panache, and Sir Percy himself is, once again, in great form.  So, three stars for the beginning, for the Pimpernel himself, and for the odd scene here and there in the second part.  Others might give even a less favorable rating, but I just can’t bring myself to go any lower than this for one of my all-time literary heroes (though I do seriously hope Marguerite will recover her wits in the next book).