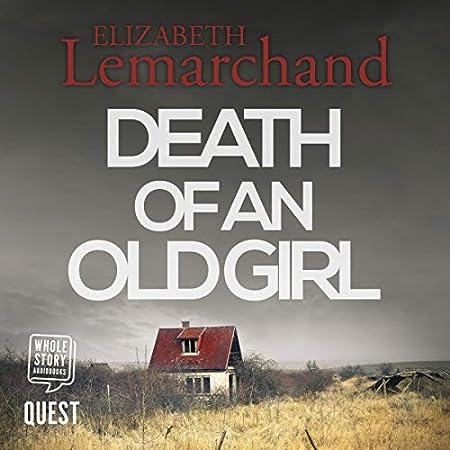 Lemarchand was a contemporary of Ellis Peters and Catherine Aird and, like them, a representative of the “Silver Age” of crime fiction (i.e., the post-WWII decades, roughly from the 1950s-60s to the end of the 1970s / beginning of the 1980s). Death of an Old Girl is the first book of Lemarchand’s Pollard and Toye series. The book is set in an environment that had been popular ever since the days of the Golden Age of mysteries — a private boarding school, in this instance a girls’ school — and, some mildly sexist undercurrents notwithstanding (why, oh why did even women writers of the period think they had to buy into this nonsense?!) essentially has the benefit of being a straightforward whodunnit, featuring an Inspector (Pollard) who is mature and self-assured enough to let his Sergeant (Toye) showcase his considerable abilities without feeling the need to constantly belittle him to demonstrate who’s boss. (Given the similarity of the two sergeants’ names, readers of Caroline Graham’s Midsomer Murders series — the books, not the TV series — also can’t fail to notice a significant difference in the relationship between Pollard and Toye as compared to the relationship between that latter series’s Inspector Barnaby and its rather oafish and prejudice-laden book version of Sgt. Troy.)

The “who” in “whodunnit” is fairly obvious here (hence it’s a bit painful to watch the inspector, allegedly one of Scotland Yard’s best a brightest, walk so stubbornly down a path marked by a clichéd red herring initially), and the “how” relies on a bit of an overemphasis on schedules and a specific time sequence — not exactly my favorite feature. As far as sense of place goes, this is definitely also no patch on Catherine Aird’s first Inspector Sloan mystery (The Religious Body), not to mention Ellis Peters’s Felse Investigations or (even more so) her Cadfael series. But all in all it’s an enjoyable ride, and I can easily see myself catching up with Inspector Pollard and Sergeant Toye again in the future.