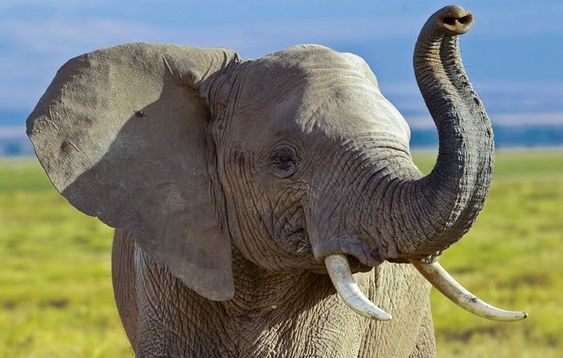 Lynn and MbD had an exchange about elephants on the BL blog post introducing Lynn’s reviewer account: 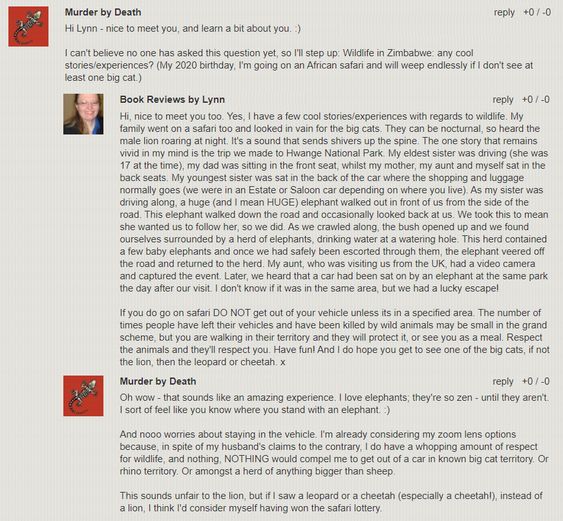 This reminded me of Beryl Markham’s comments on the subject in West With the Night, which FWIW I’ll just render here verbatim:

“I suppose, if there were a part of the world in which mastodon still lived, somebody would design a new gun, and men, in their eternal impudence, would hunt mastodon as they now hunt elephant.  Impudence seems to be the word.  At least David and Goliath were of the same species, but, to an elephant, a man can only be a midge with a deathly sting.

It is absurd for a man to kill an elephant.  It is not brutal, it is not heroic, and certainly it is not easy; it is just one of those preposterous things that men do like putting a dam across a great river, one tenth of whose volume could engulf the whole of mankind without disturbing the domestic life of a single catfish.

Elephant, beyond the fact that their size and conformation are aesthetically more suited to the trading of this earth than our angular informity, have an average intelligence comparable to our own.  Of course they are less agile and physically less adaptable than ourselves — Nature having developed their bodies in one direction and their brains in another, while human beings, on the other hand, drew from Mr. Darwin’s lottery of evolution both the winning ticket and the stub to match it.  This, I suppose, is why we are so wonderful and can make movies and electric razors and wireless sets — and guns with which to shoot the elephant, the hare, clay pigeons, and each other.

The elephant is a rational animal.  He thinks.  Blix [NB: Baron Bror Blixen, Karen Blixen’s husband and Markham’s close friend] and I (also rational animals in our own right) have never quite agreed in the mental attributes of the elephant.  I know Blix is not to be doubted because he has learned more about elephant than any other man I ever met, or even head about, but he looks upon legend with a suspicious eye, and I do not.  […]

But still, there is no mystery about the things you see yourself.

I think I am the first person ever to scout elephant by plane, and so it follows that the thousands of elephant I saw time and again from the air had never before been plagued by anything above their heads more ominous than tick-birds.

The reaction of a herd of elephant to my Avian [plane] was, in the initial instance, always the same — they left their feeding ground and tried to find cover, though often, before yielding, one or two of the bulls would prepare for battle and charge in the direction of the place if it were low enough to be within their scope of vision. Once the futility of this was realized, the entire herd would be off into the deepest bush.

Checking again on the whereabouts of the same herd next day, I always found that a good deal of thinking had been going on amonst them during the night.  On the basis of their raction to my second intrusion, I judged that their thoughts had run somewhat like this: A: The thing that flew over us was no bird, since no bird would have to work so hard to stay in the air — and anyway, we know all the birds.  B: If it was no bird, it was very likely just anoher trick of those two-legged dwarfs against whom there ought to be a law.  C: The two-legged dwarfs (both black and white) have, as long as our long memories go back, killed our bulls for their tusks.  We know this because, in the case of the white dwarfs, at least, the tusks are the only part taken away.

The actions of the elephant, based upon this reasoning, were always sensible and practical.  The second time they saw the Avian, they refused to hide; instead, the females, who bear only small, valueless tusks, simply grouped themselves around their treasure-burdened bulls in such a way that no ivory could be seen from the air or from any other approach.

This can be maddening strategy to an elephant scout.  I have spent the better part of an hour circling, criss-crossing, and diving low over some of the most inhospitable country in Africa in an effort to break such a stubborn huddle, sometimes successfully, sometimes not.

But the tactics vary.  More than once I have come upon a large and solitary elephant standing with enticing disregard for safety, its massive bulk in clear view, but its head buried in thicket.  This was, on the part of the elephant, no effort to simulate the nonsensical habit attributed to the ostrich.  It was, on the contrary, a cleverly devised trap into which I fell, every way except physically, at least a dozen times.  The beast always proved to be a large cow rather than a bull, and I always found that by the time I had arrived at this brilliant if tardy deduction, the rest of the herd hat got another ten miles away, and the decoy, leering up at me out of a small, triumphant eye, would amble into the open, wave her trunk with devastating nonchalance, and disappear.”

And a little later she warns:

“Elephant hunters may be unconscionable brutes, but it would be an error to regard the elephant as an altogether pacific animal.  The popular belief that only the so-called ‘rogue’ elephant is dangerous to men is quite wrong — so wrong that a considerable number of men who believed it have become one with the dust without even their just due of gradual disintegration.  A normal bull elephant, aroused by the scent of man, will often attack at once — and his speed is as unbelievable as his mobility.  His trunk and his feet are his weapons — at least in the distasteful business of exterminating a mere human; those resplendent sabres of ivory await resplendent foes.”

And she proceeds to prove her point by recounting an instance where she and Baron Blixen literally came within an inch of being reduced to dust themselves, courtesy of a large elephant bull.

Markham, one of aviation history’s great female pioneers (among several other accomplishments), was hired as an aerial scout by elephant hunters in a time when the ecological devastation wrought by their dubious occupation was not a noticeable concern; and she makes no bones about the fact that this was part of how she was earning her living at the time.  Given her comments in the opening paragraphs of this excerpt, however, and her alertness to the the unconscionable havoc that humans with guns can wreak, I would like to think that she’d be on the side of conservation these days (even if she’d probably also be unapologetic about her past) — having grown up in Africa and considering it home, she clearly loved its wildlife vastly better than most of its human society.  Her comments elsewhere in the book (as well as, again in the opening paragraphs of this excerpt) also make it quite clear that like most of those who have seen the damage that guns can do in action, she was appalled by the notion of easy access to guns, and of guns in hands where they don’t belong.  In another part of the book, she quotes with approval her friend (and flying instructor) Tom Black’s disdainful comment on an amateur hunter’s severe injuries at the claws of a lion he’d shot but not killed immediately: “Lion, rifles — and stupidity” … and she makes it perfectly clear that from her point of view, the lion’s later death from its gunshot wounds was the vastly more regrettable and anger-inducing outcome of that encounter than the hunter’s injuries. 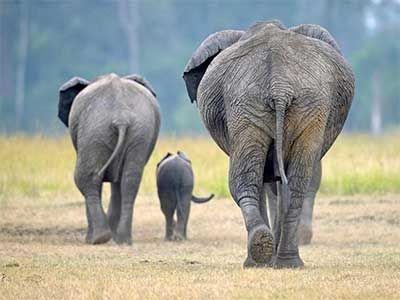