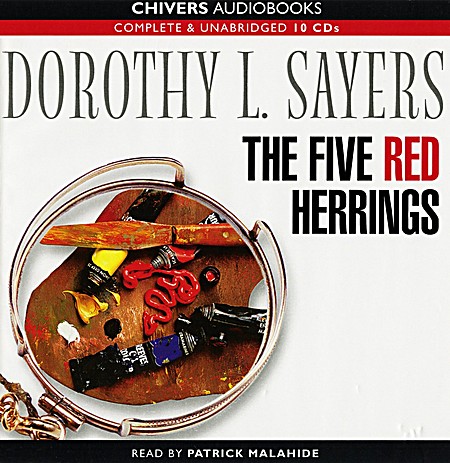 Dorothy L. Sayers is occasionally accused of having gotten too caught up in her research for a given book; and the two mysteries that routinely come up in this context are The Nine Tailors (bell ringing, published in 1934) and, well, The Five Red Herrings (1931), which, although chiefly concerned with fishing and painting, also contains an in-depth discussion of Scotland’s southwestern lowland train connections between Glasgow, Kircudbright (pronounced KirCUDbree, in case you’d been wondering) and other places in Galloway, fit to bring tears of joy to Sayers’s fellow Detection Club founding member Freeman Wills Crofts, who was a railway engineer by training and often included train-related plot elements in his own mysteries.

As a matter of fact, to anyone making a serious attempt to follow the various lines of investigation into train schedules and the murderer’s (and the murder suspects’) presumed travels on the day of the murder and afterwards, this book can’t fail to give a serious headache: if it really was Sayers’s intention to give a nod to Crofts, she has to be complimented for doing the thing rather too well.  And if this had indeed been a Crofts novel, I’d have either abandoned it halfway through, or ruthlessly and shamelessly skipped ahead to the big reveal — none other than Julian Symons dubbed Crofts one of the masters of the “humdrum” detective novel, which relies on plodding rather than plotting and doggedly follows the investigating officer’s every step; and by and large I find myself very much in agreement with Symons.

Luckily, however, this is not a novel by Freeman Wills Crofts; in fact, when I read this book for the very first time, I hadn’t even heard of him.  So although it was clear early on that the purpose of all the elaborate discussion of who might have taken which train from where to where, and what exactly that meant for the murder investigation and that person’s position as a suspect, was intended to provide the murderer with an apparently unbreakable alibi, as well as distracting the reader’s attention towards one or several of the “red herring” suspects instead, I soon decided not to bother with it at all, and instead focus on the novel’s characters as well as on the remainder of the plot — and that’s the way I still approach it, many years and several rereads later.  And once you’ve made up your mind not to let the train schedules get in the way (which is of course easier in a reread, when you know which bit of information really is important and why), there’s plenty to like here indeed.

First and foremost, the novel benefits from the fact that Sayers, as she did in several other books, set the novel in a place she knew and loved herself; as in Clouds of Witness (Yorkshire), Have His Carcase (Cornwall), Busman’s Honeymoon (Hertfordshire) and, particularly, Gaudy Night (Oxford) and The Nine Tailors (Fen Country), the novel has a strong, undeniable sense of place.  (A similar sense of place also pervades Murder Must Advertise, which is set in a London advertising agency recalling the work environment from which Lord Peter Wimsey eventually allowed Sayers to escape.)  And it is for this sense of place that I love the novel first and foremost; as well as for the seven principal characters (besides Lord Peter and Bunter), all members of the informal resident artists’-cum-fishermen’s colony (like the setting itself and the train schedules based on reality: there actually was a Kircudbright Artists’ Colony, and it even boasted several prominent members, though this book’s characters are all fictional): one painter-fisherman the eventual victim and six others the murder suspects, all looking equally guilty, even if one of them will ultimately be revealed as the murderer and the five others as the eponymous Five Red Herrings intended to confuse the reader and draw away our attention from the real perpetrator of the dastardly deed.  Structurally, Sayers here does something similar as Agatha Christie would do five years later in Cards on the Table: she effectively assigns (or has the Chief Constable of the County and the Detective Inspector in charge of the investigation assign) separate strands of the investigation to different investigating officers, which has the effect of making all of them (including the two senior officers themselves) view the evidence assembled in such a divergent way as to build five different cases against five of the six suspects, with each of the investigators focusing on a different suspect as the guilty person — only to then have Lord Peter reveal his own conclusions to their collective bafflement and prove his case by way of a reenactment of the crime.

In another parallel to Agatha Christie, whose Miss Marple owes her roots as much to Christie’s own granny as to a supporting character in a novel written several years earlier (Caroline Shepard in The Murder of Roger Ackroyd), The Five Red Herrings also contains the seeds of one of Sayers’s few other recurring characters, a traveling salesman named Montague Egg featured in the short story collections Hangman’s Holiday (1933) and In the Teeth of the Evidence (1939) who has a brother in spirit (and in trade) in The Five Red Herrings, who in turn ends up providing the final clue which enables Lord Peter to solve the mystery.  Montague Egg, incidentally — who is of working class origin — is another case in point for Sayers’s valuing intelligence above class and social standing, as is yet another supporting character from The Five Red Herrings, one of the artist suspects’ butler, who is not only loyal to a fault to his master but also manages to protect his master from the investigation in a downright ingenious manner.

Taken all in all, the train schedules run enough interference with my enjoyment to ever make this novel rise to the very top of the list of my favorites in the Wimsey canon, but I still like it well enough and had great fun revisiting it for this summer’s double purpose of Summer Games and Dorothy L. Sayers’s birthday celebration. 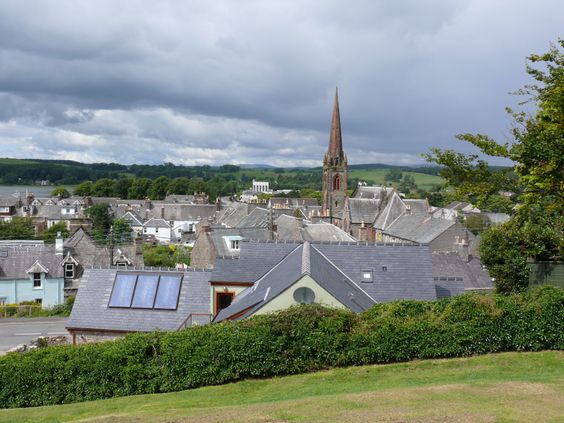