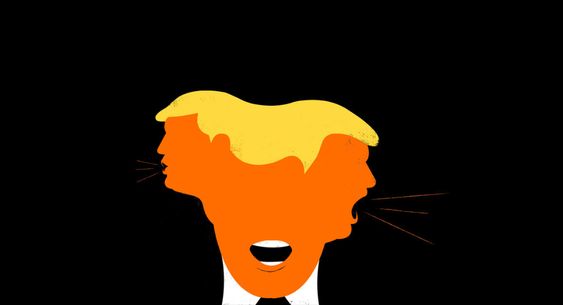 The many, many, MANY sides of the likely Republican nominee, in his own words.
By Michael Kruse and Noah Weiland (May 05, 2016)
Source: Donald Trump’s Greatest Self-Contradictions – POLITICO Magazine

“When I use a word,” Humpty Dumpty said, in rather a scornful tone, “it means just what I choose it to mean—neither more nor less.”
Lewis Carroll: Through the Looking-Glass (1872).

(I’d sworn I’d stay out of the U.S. electoral campaign, but this is just too good not to share.  And it doesn’t even include his most recent meltdowns …)