Tremendously atmospheric, despite some uneven patches towards the end 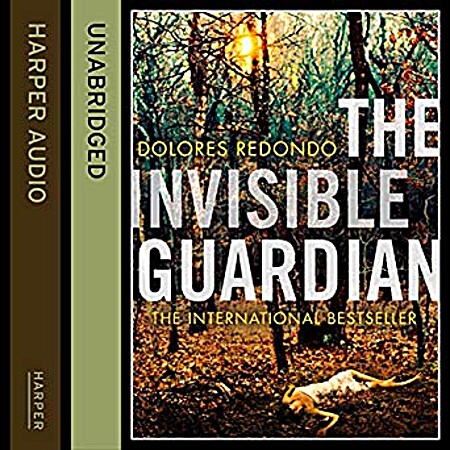 A big shout-out to Locus Amoenus for recommending this book: it hit almost all the right spots for me.  As a result, it’s one of the rare instances where a book that I’m rating 3 1/2 stars also goes onto my “Favorites” shelf (which usually doesn’t happen with anything that I’m not at least rating 4 stars straight).

Dolores Redondo’s El guardián invisible (The Secret Guardian) is the first book of a crime trilogy set in the (predominantly Basque) Baztán Valley in northeastern Spain, in the community of Navarra (whose capital, in turn, is Pamplona).  The book centers around Amaia Salazar, a homicide detective with the regional police force, who is sent back to her native Elizondo (the largest town in the Baztán) to investigate first one and ultimately a series of murders of girls just having entered puberty.  Amaia, upon returning home, is made to confront the ghosts of her own past, as well as that of her immediate family — and what facially sounds like a much-worn cliché, in crime writing in particular, is delivered here with both great psychological sensitivity and very assured writing; this is undoubtedly one of the novel’s strongest elements, along with its incredibly expressive atmosphere and sense of place.  Even if you’ve never been there, Elizondo and the Baztán really do come alive for you in the pages of this book.

The plotting is strong throughout the first 2/3 of the novel, but unfortunately fell apart for me in the final 1/3, with an ending that somehow manages to be at the same time rushed and sketchy (in the course of events, their delivery, and Amaia’s sudden final “lightbulb” moment) as well as slow as molasses (in Amaia’s thought processes while the plot is hurtling to its conclusion all around her).  I seriously could also have done without the worn-out “dark and stormy night” setting of the final “showdown” scene in a remote spot of the valley, complete with Amaia losing her cell phone (her only source of light), and I don’t entirely buy the explanation for what turns out to be a decades-long lag in the serial killer’s activities, either.  (Also, continuity note: Either there is cell phone reception in that particular location or there isn’t.  You can’t have it both ways, depending on what your plotting requires at any given time.)

There is a strong undercurrent of superstition and the supernatural to the book, which again works well initially, in establishing the book’s atmosphere: Most notably, the eponymous “secret guardian” is said to be a basajaun, a sort of Yeti-like local creature believed to be the guardian of the area’s woods and hills.  But this becomes a case of “too much of a good thing” eventually: long spoilery rant to follow, listing my major grievances; on the superstition bits as such as well as their interaction with Amaia’s (very real and painful) personal ghosts.

To begin with, the addition of voodoo into the mix in the final third of the book felt incredibly forced.  (OK, gotit, Amaia is Quantico / U.S.-trained, but for God’s sake, leave it at that, it’s causing enough of a [nicely-drawn] rift with some of her colleagues as it is.)  Also, note to Ms. Redondo, French ≠ Creole (neither in Louisiana nor in Haiti nor anywhere else); note to Emma Gregory [narrator of the English audio version]: a person from Louisiana would very likely still have an American, not a pseudo-French accent, even with a Creole personal background and with the odd French / Creole word mixed into the dialogue; and note to HarperCollins: for a book that not only includes English and Spanish but also French, next time please hire someone as the narator who has at least a minimal knowledge of French, so as to ensure an at least halfway convincing delivery of the mother tongue speakers’ lines.

On a similar point: Note to the translator: “furthermore” is decidedly not a word that occurs repeatedly in spoken English, however common and prevalent it may be in the written language (particularly in academic / scientific, forensic, or other “high-brow” texts).  Ditto “moreover” and the like.  In virtually all of these instances, the more natural translation of “además” or “también” would have been something as simple as “besides” or “also”.  I don’t have major gripes with the translation, but this one began to grate after a while (and it’s one of the reason why I eventually ended up ordering a print edition of the Spanish original).

Next point: someone surviving completely unharmed not one but two run-ins with a brown bear *which is aware of them* without either having killed that bear or having made every effort of chasing it away — are you f*cking kidding me, Ms. Redondo??  AND if that wasn’t bad enough, two veritable “bear experts” called in expressly for this purpose aren’t supposed to have recognized that brown bear for what it is when caught on camera, and they even go so far as too destroy the only tape available of the mystery creature (which tape might be crucial evidence in the criminal investigation) so as not to embarrass Amaia (and themselves) based on the notion that she might have had an encounter with the basajaun?  PLEASE.

Speaking of experts, I sort of liked the fact that Amaia’s aunt Engrasi is a tarot reader — unlike the extraneous voodoo business, this felt very much in keeping with the place where this novel is set.  Also, Engrasi’s particular, mother-like care for and protectiveness of her niece feels natural as long as we only know that she actually raised her from age 9 onwards.  However, Aunt Engrasi’s role (and character) completely falls apart when we learn in the final part of the book that she is actually a trained psychologist, bringing not merely motherly love and a tarot reader’s amateur psychology (and superstition) to Amaia’s personal ghosts, but clinical knowledge … gained, no less, at the Sorbonne; after Engrasi had initially left Elizondo with the resolution never to return — a 1960s flower girl who ended up marrying one of her professors and only returned to the Baztan after her much older husband had died and Paris suddenly stopped being fun and offering much of a perspective.  What a pity — Engrasi had been so much more interesting before this bit of biographical detail was introduced.

(Side note speaking of Amaia’s personal ghosts, I could seriously have done without her allegeldy oh-so-fabulous American husband (a sculptor with exactly zero knowledge of PTSD or psychology in general) trying to mansplain her problem.  In the presence of a trained psychologist (aunt Engrasi), and in the face of the facts he had just been told, to boot.)

Lastly, Amaia’s encounter with yet another supposed woodland goddess is never resolved, either.  Not “unsatisfactorily resolved” — not resolved at all.  Not to mention that this encounter in and of itself, too, felt like waaayyyy too much of a (by this time) not-so-good-anymore thing.

So, a book that started out as a strong candidate for a 4 1/2- or even 5-star rating tumbled down to 3 1/2 stars in the final analysis, chiefly as a result of falling apart in the final third.  Yet, I think virtually all of the things that made the book stop working for me in the last part can be resolved — and hopefully will be, with more experience.  So, I will very likely return to this series, even if not immediately: Redondo can undoubtedly write, and there is plenty to enjoy here in terms of atmosphere and character building.  I also genuinely enjoyed my armchair visit to a corner of Spain that I have yet to discover in person. 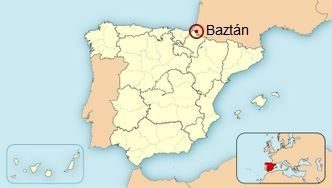 The location of the Baztán Valley within Spain and Navarra, respectively, and of Elizondo within the Baztán (graphics from Wikipedia)