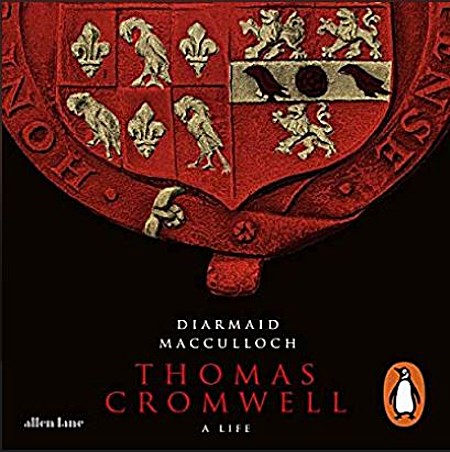 Simply put, the Cromwell biography to end all Cromwell biographies.  In his research for this book, MacCulloch took a fresh look at virtually every single document on which Cromwell’s vast legacy is based, and the resulting biography is a masterpiece of historical analysis which does away with many an often-repeated myth (beginning right at the beginning of Cromwell’s life, with the role of his father), and which shines a light on Cromwell’s many innovations and achievements and on the inner workings of his meteoric rise from humble tradesman’s son to Henry VIII’s chief minister.  In the process, MacCulloch reevaluates everything from the foreign merchant experience that Cromwell gained early in life, to his work as Cardinal Wolsey’s assistant and, finally, his growing preeminence and his seminal policy as the power behind Henry VIII’s throne.  What emerges from MacCulloch’s analysis is the picture of a highly complex and intelligent man, difficult to deal with even for friends, fierce and ruthless as an enemy — but always with England’s well-being and advancement (as well as the advancement of its institutions) at his heart; the one man who, in the space of a single short decade, emerged as the single most important politician of the entire Tudor Age (short of, just possibly, Elizabeth I), whose legacy (and the legacy of his innovations and reforms, far above and beyond the well-known Acts of Parliament which he initiated) reaches down the centuries all the way to the present date.

If you even have the slightest interest in Tudor history and politics, run, don’t walk to get this book.  And for a special treat, also get the audio version narrated by David Rintoul.  This is an intense, fact-packed read and (in either the print or audio version) not a book to rush through; but it is SO worth taking the time.  What a fascinating personality — and what an amazing biography.