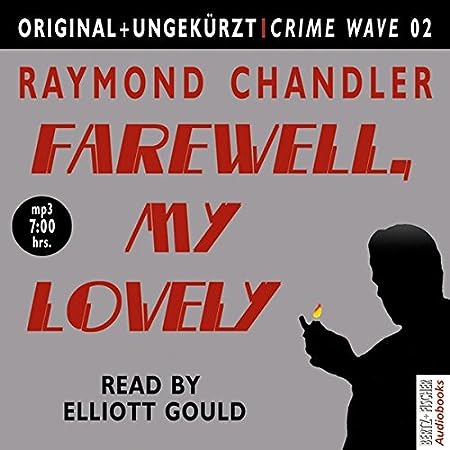 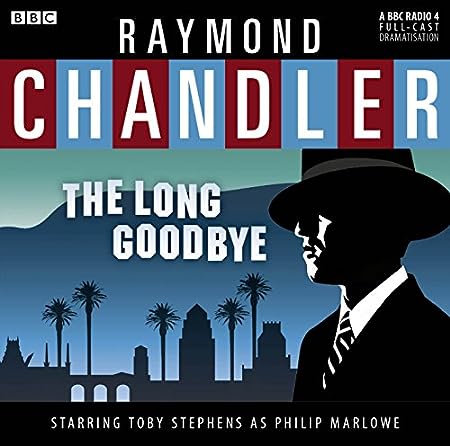 Well, what with the last two bingo calls having given me some breathing space — “genre: horror” is not on my card, and “locked room mystery” was one of the first squares I already read books for –, I’ve embarked on a classic noir mini-binge, with Cornell Woolrich’s The Bride Wore Black (physical book) and a Raymond Chandler audio multi-pack — Farewell, My Lovely (unabridged, read by Elliott Gould) and the recent(ish) BBC full cast dramatizations of The Long Goodbye and The High Window (starring Toby Stephens … and yes, he does manage a credible enough Marlowe, accent and all).

I’ve yet to finish The Bride Wore Black, and if I know Woolrich there will be some fairly devilish twist at the end — but I have to say, the gem of the set so far is Chandler’s Farewell, My Lovely. There’s nothing like revisiting the mean streets of 1940s Los Angeles, Chandler’s imagery is as gut-punching as ever, and it’s just an unmitigated joy of having a classic noir novel read to me by Elliott Gould.

I suppose I could count these towards several different bingo squares (“murder most foul” and the free square in addition to “classic noir” if nothing else), but I think I’m going to count them all towards “classic noir” … I just have too many other books that I really also want to get to during the bingo. And if things don’t go the way I hope they will, I can always reassign one or two of these later on …