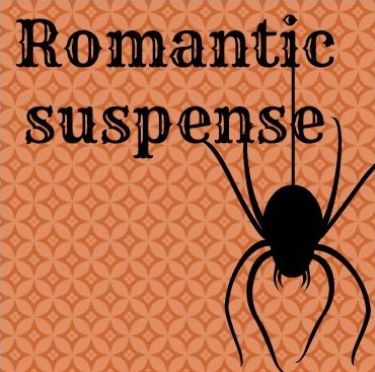 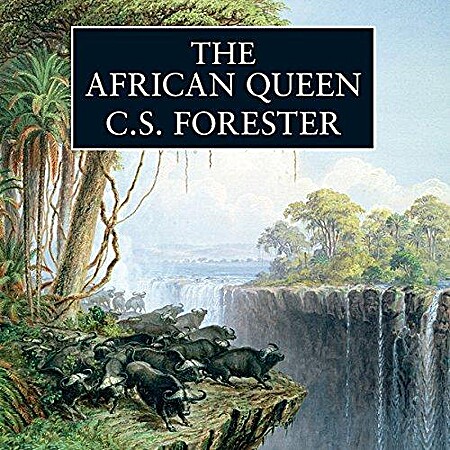 C.S. Forester’s wartime story about a trip down a mighty African river — OK, so it’s typically billed as a blend of romance and adventure (which is doubtlessly correct), but there are also enough elements of suspense for me to feel justified to claim it as a “Romantic Suspense” read — heck, there’s even a court martial.

Forester’s original Rose Sayer and Charlie Allnutt are English, not American as in the movie starring Katharine Hepburn and Humphrey Bogart, of course (and just in case you forget, Michael Kitchen’s — excellent — reading leaves absolutely no doubt about this fact), which to a certain extent makes them different from the characters in the well-known movie adaptation, insofar as socialization impinges on behavior: both Rose and Charlie are class-conscious products of Edwardian Britain, and they have thus even more unwritten hurdles to overcome than the movie adaptation’s characters.  Yet, they rally admirably, and their exchanges are great fun to follow along. — The book doesn’t answer my one big personal eyebrow-raiser any more satisfactorily than does the movie (namely, how Rose manages to not only learn to navigate at all, but to navigate skillfully enough to successfully steer the African Queen through a series of vicious rapids in a matter of days since she first grasped the meaning of terms such as “starboard” and the basic functioning of the boat’s steering mechanism), but I suppose realism is a priority only up to a certain point in an adventure story, and by and large the fun and excitement in the narrative maintains the upper hand, and I am glad to have finally listened to a book that’s on my TBR for way too long.