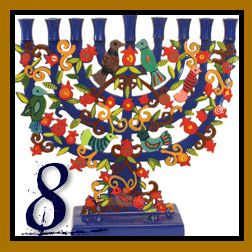 Book themes for Hanukkah: Any book whose main character is Jewish, any story about the Jewish people –OR– where the miracle of light plays a significant part in the story’s plot.

Well, “miracle” is putting it a bit strongly, maybe, but light definitely features crucially here.  Unfortunately, to say anything more would constitute a fairly major spoiler, so let’s just stick with the fact that the investigators — the book’s amateur sleuth narrator just as much as the police inspector in charge of the case — are enlightened in more senses than one when they reach the solution.

The story is told by a London stockbroker named Malcolm Warren, who is invited to the house of his biggest client, a financier of Scandinavian extraction, for — you guessed it — that family’s annual Christmas gathering.  (For once, we’re not out in the boonies miles and miles away from London but, more or less anyway, in the suburbs, in Hampstead; right on the edge of the Heath).  Also present, in addition to the host’s family (wife, wife’s son from her first marriage, daughters from her second marriage, one daughter’s “special friend” — read, suitor and would-be fiancé but for her stepfather’s strenuous opposition on grounds of total unsuitability — and the hosting couple’s youngest son (sick, thus largely off stage) and his nurse (not so much off stage)), are the host’s closest friend (a doctor) and, in an odd twist, the mother of the host’s secretary, who has been invited by way of a stop-gap solution because it so happens that her son and his boss (the Christmas party’s host) can’t be there at all but, rather, at the very last minute have to attend an important overnight business meeting in London — and the secretary’s mom, who had come to visit her son (who lives in his employer’s house), doesn’t have anywhere else to stay.  Not a good solution for mom, it turns out, because she doesn’t even survive her first night in the house.  Since her death is not interpreted as a murder but as an accident, however, the police only show up when a second death occurs, which in turn has fairly obviously been brought about intentionally.

I initially liked this book quite a bit, chiefly due to Warren’s narrative voice and due to the fact that our narrator’s responses to the events he witnesses — and to the rather disagreeable group of people assembled in the house — are initially all too plausible and easy to empathize with.  The book took a slight dive in my appreciation at about mid-point, however, when people (including the narrator and his host, a businessman used to engaging in the toughest of negotiations) started to faint right and left whenever something upsetting occurred — or rather, not even necessarily in that very same instance, but (like our narrator) at some convenient later moment, after having acted sensibly and in furtherance of the plot for easily a half hour prior to their attack of the willies.  (And no, I don’t think the author had a solid grasp on the psychology of euphoria and delayed shock, either.)  Also, unlike in some of the other Golden Age country house Christmas party books I’ve read recently, the explanation given for the amateur sleuth’s continued involvement in the investigation seemed rather weak; and there are moments towards the end where he comes off as rather pompous.  That said, though, generally Kitchin’s writing is easily on par with that of his contemporaries, and as a rather traditional Christmas mystery, this works nicely enough.

One thought on “C.H.B. Kitchin: Crime at Christmas”