Barbara Nadel: Land of the Blind 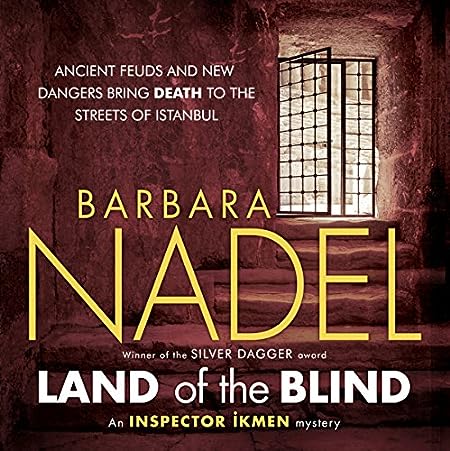 A body is found in the ruined Constantinople hippodrome: a woman, clutching a piece of red stone. She’s recently given birth, but there’s no sign of the baby. Inspector Cetin Ikmen discovers she was a Byzantine specialist on a crusade to protect the historic but now squalid areas of Istanbul that her enemy, property developer Ahmet Oden, seeks to destroy and rebuild.

As Ikmen searches for the lost child and the truth behind her death, the people of Istanbul rise up in protest against their government in Gezi Park, and the city lurches into chaos and anger. Against this background, Ikmen will unravel a tale of ancient hostility and modern desires, where the truth is concealed within the secret history of this antique city.

Interesting concept for a mystery series, albeit obviously written with a Western audience in mind. This book is relatively far along into the series, set against the Gezi Park riots, when things seriously started to go downhill towards autocracy in Turkey. Now I want to find out where Nadel decided to take the series and how she has, so far, chosen to resolve what must be an increasingly agonizing conflict for the protagonist (working as a policeman in a de-facto dictatorship while his own attitude to life, society and his fellow men is, not only for Turkey, an extremely liberal and broad-minded one).