Antonia Hodgson: The Devil in the Marshalsea 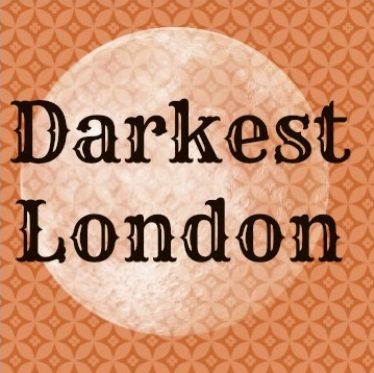 Well, if this doesn’t count for “Darkest London,” then I don’t know what will.  Our narrator is tossed into the Marshalsea prison for being in debt to the tune of several months’ salary — a bit more than £20.00, which would have been a year’s salary or more to the poorer classes, but our Tom is an academic (albeit one without a degree, having been thrown out of Oxford for disorderly behaviour), so he’d have reached higher … instead of which, however, he has managed to drink and gamble it all away and then get himself robbed off the spoils when trying to win it back by turning a lucky card.  Even though Tom, being perceived as a gentleman, is spared the ultimate humiliation of being locked away on the Common Side of the prison (where conditions are sub-human and jail fever or some other form of death would be his certain fate in a matter of days or weeks; months at best), even the so-called “Master’s Side” — where Tom ends up — is a cut-throat place ruled by the diabolical whims of the prison governor and his brutal turnkeys, where your life and health is only worth as much as you are able to pay for them, and where you’ll find yourself deprived of either quicker than you can count to three if you’re stupid enough to trust even a single person.

To top it all off, Tom is given a choice of sharing either a putrid cell with a man dying of the pox for a cell-mate or occupying the bed of a recently-murdered man and sharing a cell with the man perceived as the most dangerous of all the inmates on the “Master’s Side,” nicknamed “the Devil” by the other prisoners … only to be then clandestinely tasked in short order to investigate the murder of the former occupant of his bed as a price for being released from prison.

Antonia Hodgson certainly has a way with words and with building the atmosphere of a place, and I do believe she has done her research thoroughly.  I nevertheless didn’t take to this book wholeheartedly; in no small part because — aside from Kitty, a kitchen maid whom Tom meets in the Marshalsea — I didn’t find anybody I could truly empathize with; and that most definitely includes Tom himself.

I also disliked the ending, which was (a) incredibly rushed and (b) a pronounced case of the solution being jammed up the investigator’s nose without him having managed to uncover any significant clue on his own, so he hardly deserves any credit for it, and for a series that is billed as a historical P.I. series beginning with Tom’s first “successful” investigation in the Marshalsea, that is simply not a very auspicious beginning.

I’ve got the next two books of the series on my TBR and I’m going to leave them there for the time being — I won’t rule out that I am going to return to them at a later point after all.  It likely will not be anytime soon, however.

0 thoughts on “Antonia Hodgson: The Devil in the Marshalsea”