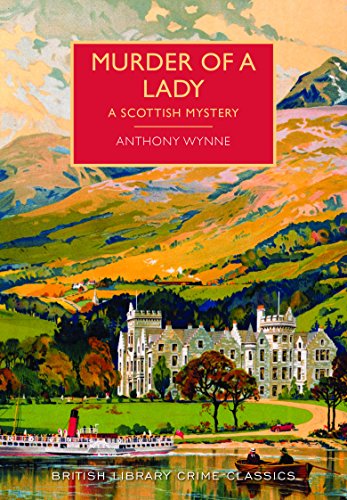 Hmmm.  Seems I’ve gotten to the novel’s first major game-changing point, so it’s as well to take a break here.  So far I’m loving it — how inconceivable that this book should have been buried beneath the sands of time for the better part of a century.  Thanks and kudos to Martin Edwards and the British Library for unearthing it!

That said, I agree with Moonlight Reader that Mary Gregor is / was a hateful woman, and I very much share Dr. Hailey’s sentiments when he quotes a popular comment:

“It’s a wonder no one has murdered her before.”

Side note: Since this book’s author was a doctor by profession himself, I wonder where we’re going with the kid’s alleged “brain fever.”  I can’t help but think Wynne is setting this one up as a major debunking of that particular myth … Dr. Hailey strikes me as way too commonsensical (and also way too good a psychologist, even if not one by training) to believe in that sort of nonsense himself.

2 thoughts on “Anthony Wynne: Murder of a Lady – Reading Progress Update: 84 of 288 Pages”