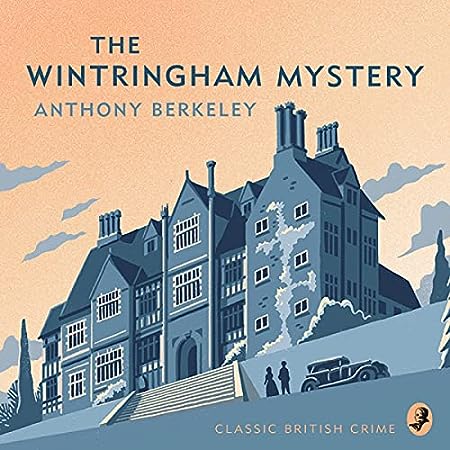 This is relatively early book by Berkeley based on a premise that, if I hadn’t found it in a novel actually published in the interwar era, I’d have declared flat-out nonsense in a piece of historical fiction: a public-school-educated “sahib” (ex-officer and man about town) forced to quit the lofty spheres “Upstairs” for the nether regions “Downstairs” and seek employment as a footman when his inheritance and, hence, his source of ready cash runs out.

Of course our MC (Stephen Munro) never makes for all that much of a convincing footman, and his conundrum is solved rather conveniently halfway through the book (as are several other characters’ conundrums into the bargain); but as Berkeley’s books go, this one opens rather refreshingly, with a seasonally-appropriate light touch and a properly ironical send-up of Stephen and his profligate ways. As importantly, it is blessedly (mostly) free of the misogyny of some of Berkeley’s other books. There is the odd comment that we’re meant to takes as fatuous but which really isn’t (“when was the last time you’ve had a proper spanking?” — addressed to a young lady), and women have a tendency to behave as Mr. Berkeley would like them to, instead of the way they really would have behaved in a similar situation; e.g., by responding to a piece of well-meaning but unasked-for and thoroughly pushy and interfering knight-errantry with profound adoration and gratitude, instead of the much more likely cutting rebuff along the lines of “keep your grubby paws out of my private business” (or something even more strident). But there are several female characters who are endowed with both a brain and thorough independence and a well-developed sense of self; not least Stephen’s new employer, Lady Susan Carey, and his best-beloved, Pauline, who (as coincidence would have it) finds herself in Lady Susan’s house as a holiday guest, and who easily shows twice the wit and perspicacity of Stephen himself — to the point that I kept wondering what the deuce she was seeing in him to begin with. (Alas, however, this being a book by Anthony Berkeley and not by Agatha Christie, we’re not dealing with Tommy and Tuppence or Frankie Derwent and Bobby Jones from Why Didn’t They Ask Evans? here; so ultimately, in a twist that has all the credibility of a deus-ex-machina plopping straight down from the sky, it eventually is Stephen, after all, and not Pauline, who has the breakthrough brainwave.)

The mystery as such is — despite a few rather ridiculous curlicues — cleverly constructed, although I’m a bit surprised that, allegedly, nobody (not even Agatha Christie herself) was able to provide a correct solution as a response to the newspaper competition run in association with it. While I can’t claim that I picked up on every clue and anticipated every single twist, a number of points did suggest themselves fairly obviously, so conceivably there should have been someone able to put it all together by giving it all due and proper thought.

In sum, I don’t think I will ever become one of Berkeley’s greatest fans, but I’ve read decidedly less enjoyable books by him; and as far as his portrayal of women goes, this is probably as good as it will ever get.

As in the rigid class system of pre-WWII British society, there could hardly be any bigger change for a person to find themselves propelled from “Upstairs” to “Downstairs” (however temporarily), I’m using this book as my entry for Festive Tasks, Door 23.