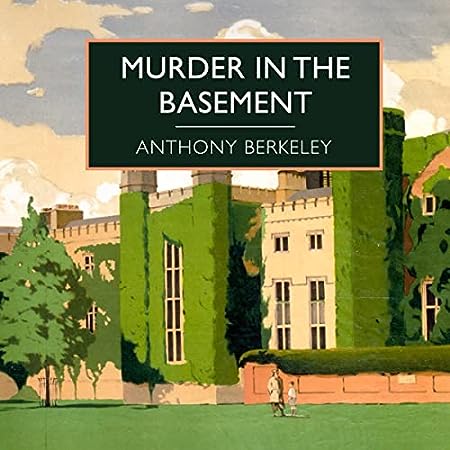 This is middling Berkeley, not as problematic as The Wychford Poisoning Case or The Silk Stockings Murders, but OTOH also a fair way from the (mostly) enjoyable and intelligent writing that are The Poisoned Chocolates Case and Trial and Error. I rather like the setup — a body found by accident in a place where the victim had never been seen before (so the police’s first task is to determine the identity of the victim); as well as clues hidden in a draft novel that Berkeley’s series detective, the writer Roger Sheringham, had been planning to set at the public school where the victim (once identified) had been working, which introduces as bit of an unreliable narrator element, as the first thing you have to do as a reader is make up your mind just how far you want to trust Mr. Sheringham’s narrative and which elements are mere figments of his imagination.

Unfortunately a substantial part of the book consists of the hunt in which Sheringham’s friend, Chief Inspector Moresby, engages after having read that draft novel, and if you believe (as I did) that he’s boneheadedly rushing down the wrong track, the thing becomes tedious really fast, and only stops being that when Sheringham himself at last decides to take an unofficial hand after all. But, even though I’d probably have found the book more exciting if we’d had a little less of Moresby’s erroneous plodding after obvious red herrings and more of the dazzling sparks that Berkeley could produce if he wanted to, this was still a decent read, and the year could definitely have begun on a less enjoyable literary note.

7 thoughts on “Anthony Berkeley: Murder in the Basement”