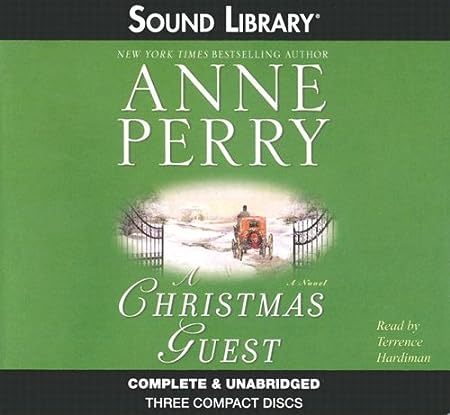 Read any book with strong female characters, or written by an author from any minority group; any story about a minority overcoming their oppressors either individually or as a group. OR: A book set in New York City.

The third book in Anne Perry’s series of Christmas novellas, each one of which has as their protagonist one of the supporting characters from Perry’s main series (William Monk, and Charlotte & Thomas Pitt).  This installment’s starring role goes to Charlotte Pitt’s vinegar-tongued grandmother, who — like another remote relative, recently returned to England after having spent most of her adult life living in the Middle East — finds herself shunted onto Charlotte and her husband Thomas at short notice, because the family with whom she had been planning to spend the holidays have made other plans.  While Grandma pretends to despise her widely-traveled fellow guest, secretly she develops a considerable amount of respect for her, so when the lady is unexpetedly found dead, grandma takes it upon herself to seek out the people who had unloaded her on the Pitt household; convinced that something untoward is afoot.

As Perry’s Christmas novellas go, this is one of my favorite installments to date, and i loved seeing it told, for once, not from the point of view of an easily likeable character, but from that of Grandma, who is a major pain in the neck to others (even though you’d have to be blind not to recognize from the word “go” that her acerbic tongue and pretensions are merely part of her personal armour).  I also wondered whether the murder victim’s character might have been inspired by pioneering women travelers like Gertrude Bell, even if the story is set a few decades earlier than Bell’s actual life.  I had issues with a couple of minor aspects of the plot (and characters / behaviour), but they didn’t intrude enough to seriously impinge on my enjoyment of the story.  And since Grandma, for all her overblown pretenses, is certainly a strong woman character — which she shows, not least, by eventually admitting to her own falliabilities — I am counting this book towards the Human Rights Day square of 24 Festive Tasks.