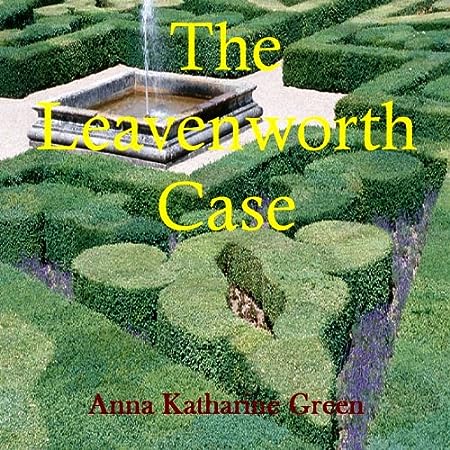 Sigh.  Can you believe that in my Golden Age mystery quest I actually acquired three different editions of this book … only to be but marginally entertained by it?  Oh well.

The Leavenworth Case was one of the first-ever detective novels, even predating Sherlock Holmes by almost a decade … and it was written by a woman.  So, color me more than a little interested going in.  Unfortunately, my interest waned fairly quickly, and it never really picked up again.  Structurally, this book anticipates the classic Holmes / Watson and Poirot / Hastings setup: A master detective (here: Ebenezer Gryce) is joined by an acolyte of altogether more pedestrian gifts (here: a young lawyer named Everett Raymond) through whose eyes we are witnessing the unfolding of the plot (here: the investigation of the murder of a New York industrialist named Horatio Leavenworth and of the disappearance of a female servant from his household).

Well, in this type of setup it is kind of crucial — for me, anyway — that the narrator be someone whom I can like.  And while I like Watson, who isn’t half the idiot that Nigel Bruce made him appear in the movies starring Basil Rathbone (give me David Burke and Edward Hardwicke any day of the week), and I can like Captain Hastings as long as I think of him as portrayed by Hugh Fraser … I found Mr. Raymond rather an eyeroll-inducing ninny early on, and he studiously avoided every single opportunity to redeem himself later on.  Then we got to the women, the victim’s nieces and heir(esse)s-apparent, Eleanore and Mary — and while there are instances where it becomes clear that Green thought she was portraying them as intelligent and advanced, essentially what we’re getting is the stereotypical 19th century “sensational novel” female: given to fainting fits and exaggerated anxieties, gratefully accepting male patronage, and bitterly regretful of what they later come to see as their younger selves’ shameful exhibitions of undue selfishness and independence.  Good Lord.  And this not even a decade and a half before the appearance of The Woman and Sherlock Holmes’s other female adversaries and plucky clients (all of them creations of a male writer), not to mention three short decades after the Brontë sister’s works, even less time since the publication of Elizabeth Gaskell’s, in the same decade as George Eliot’s Middlemarch, before the mourning shoes for Anne Bradstreet’s death were old, while Emily Dickinson was still alive and breathing poetry … and within little more than half a century of Jane Austen.  (Oh yeah, and there is a bit of racism, too, but really, compared to the portrayal of the women it hardly even impinges; indeed, for the period it’s almost negligable.)  So: three stars for the novel’s historical significance and for Master Gryce, who displays the patience of a saint vis-à-vis most of his fellow characters — and vis-à-vis the plot, which for all of Green’s serpentine and longwinded style takes about three times as much to unfold as it takes Gryce himself to solve the case.  And yes, based on some of Green’s later works that I’ve sampled, I know that she could and did do better later on, so I may even return to this particular series, too, though it’s unlikely that this is going to happen anytime very soon.