An Alphabet of My Likes and Dislikes: “E”

Clay, pottery, ceramics, terracotta — the whole kit & kaboodle, and every kind of use it can be put to as well.  Among my earliest childhood heroes were the gods and heroes of Greek (and to a somewhat lesser extent, Roman) mythology, so I was familiar early on, in turn, with the depiction of mythological scenes and figures on ancient Greek amphoras, bowls and similar items; and I learned to marvel at the technique by which these works of art had been produced.  It was not until having reached adulthood that I actually managed to visit Greece and Rome for the first time; however, by this time I had long become a fan all things clay, pottery and earthenware, both ancient and modern.

What had, by then, clinched my admiration once and for all was being introduced to Mexican and Native American art (both pre-Columbian and modern) by relatives who had returned to Germany from an extended stay in the Southwestern U.S. at around the same time that I developed an interest in Greek mythology.  When they moved back to the American Southwest for another, similarly extended stay towards the end of my high school years, they graciously invited me to spend time with them during my holidays, and they took me on several trips through the Four Corners States and into Mexico.  I instantly fell in love with Santa Fe and its adobe cityscape — it continues to be one of my favorite places in all the world, and I returned there several times (once even for Christmas) after I had, myself, moved to California many years later — and the area’s pottery, as well as other Southwestern Indian arts and crafts and similar pieces from Mexico, have since made their permanent mark on my home in everything from bowls and vases of various sizes, cat figurines, Christmas ornaments, and even my daily use tableware, which I brought home from California and whose pattern and color scheme is inspired by that of Southwestern and Mexican pottery. 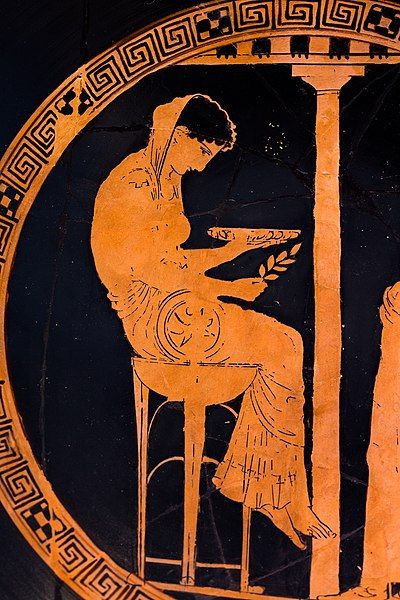 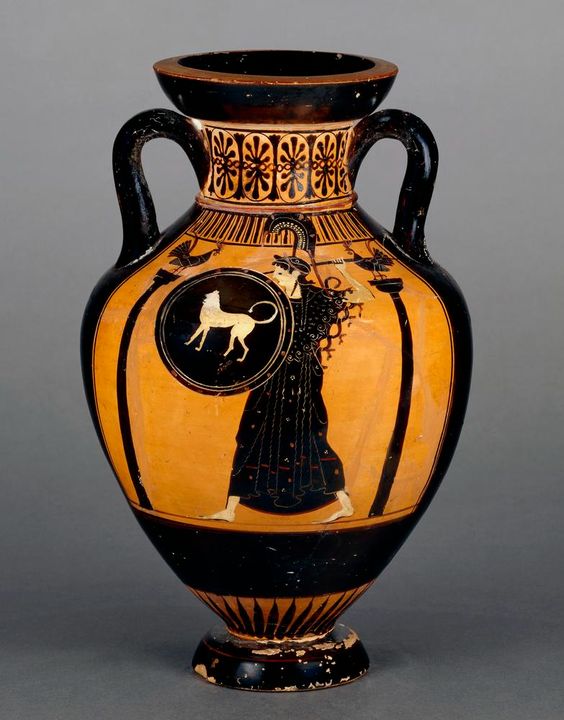 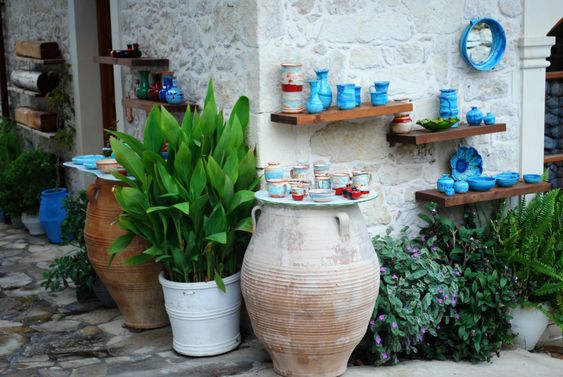 Crete: ancient amphoras at the archeological site of Knossos, terracotta figurines of Minoan deities in the Heraklion Archaeological Museum, and modern pottery ware for sale in Margarites village in the foothills of the Psiloritis (Mount Ida) massif. 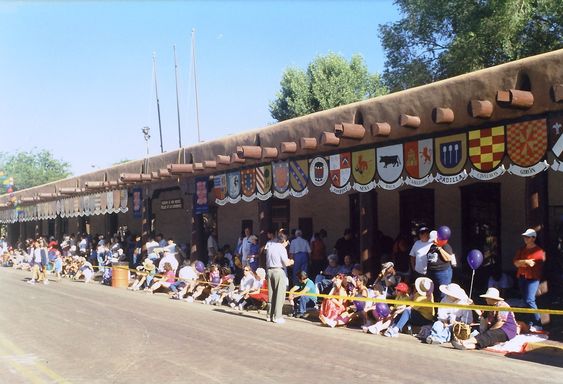 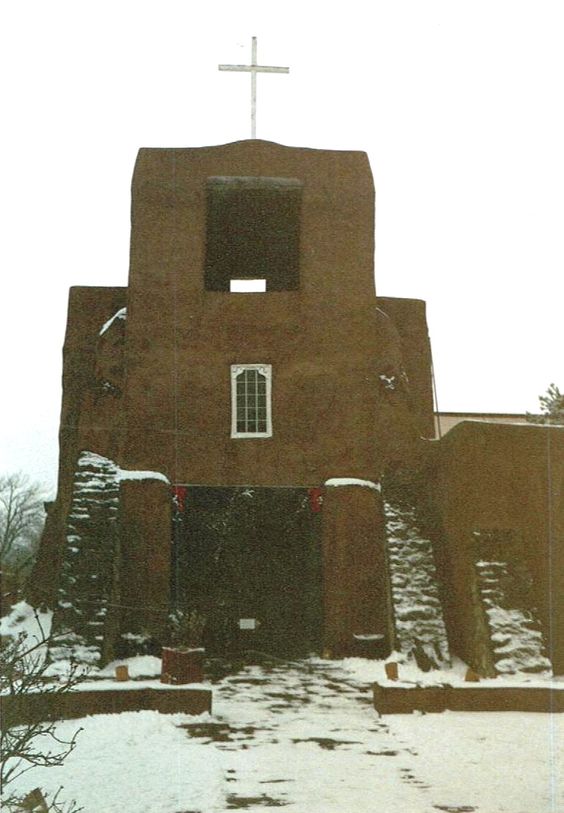 Santa Fe, NM: Indian arts market at the Palace of the Governors, and San Miguel Mission in winter

(Note: All images in this section of the post except for the top two ones are mine.)

And frogs’ legs.  I can look at them (and post a picture, FWIW), but the mere thought of eating them gives me the willies to such an extent that I’m not even able to swallow the first bite.  As should have become clear from the previous posts in this series, I do care about food — but if eating escargots and frogs’ legs is what it takes to make you a gourmet, that’s an honor I’ll gladly renounce.  (Seriously, whoever had the idea that ingesting something moving on a layer of slime — snails / escargots — or consisting of tiny limbs of flesh that have to be peeled out from under a slick, slippery layer of skin — frogs’ legs — might be a good idea to begin with??)  Moreover, when being prepared, the snails are typically thrown into boiling water alive, and similarly, the frogs’ legs are often severed while the frogs are still alive; both of which methods, for all that is known (and, frankly, easily imaginable) causes the animals immense pain and suffering — and though I am not a vegetarian, I won’t eat anything that I have every reason to expect to have been made to suffer needlessly just so I can consume it.  (I don’t eat lobster, either, largely for the same reason.) 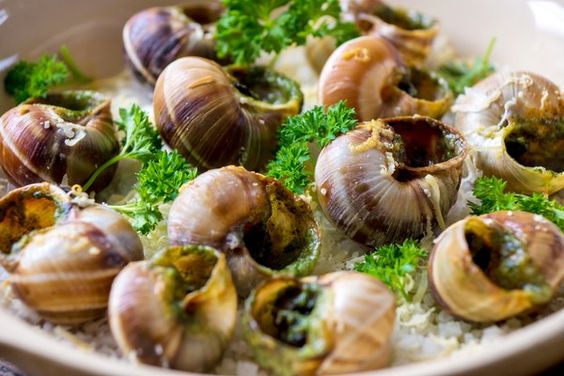 10 thoughts on “An Alphabet of My Likes and Dislikes: “E””