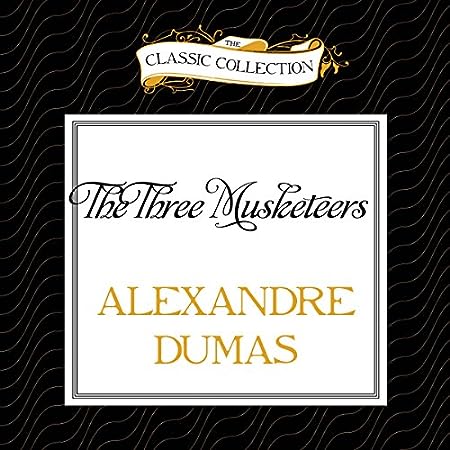 Look, here’s the deal: If you’ve formed your idea of this tale based on its numerous movie adaptations, and / or if you are expecting a saga of gloriously heroic derring-do, swashbuckling and romance, be warned: You’ll be sorely disappointed; maybe you’ll even end up hating the book, because what Dumas actually wrote has almost nothing to do with what Hollywood made of it.

Core to the understanding of Les trois mousquetaires is that it is a picaresque novel: the 17th, 18th and 19th century’s version of a cartoon, in which boorish and / or (as in this book) provincial — read: simple and uninformed — characters tumble through a series of adventures, with virtually no character development whatsoever (nor, for that matter, an even remotely profound psychology to begin with), and where satire is used as a major tool to get the author’s points across.  And like in a modern cartoon, not only the (for lack of a better word) “heroes” see no character development whatsoever; so, to, their antagonists are cardboard archetypes: Milady de Winter is unremittingly scheming and evil incarnate; Cardinal Richelieu is the silver-tongued, manipulative power behind a weak monarch’s throne; and Constance Bonacieux and the queen (Anne of Austria) are the proverbial wet towels that they need to be in order to tullflll their role as the (quasi-)virgins in peril whose sole function, in a “real” knightly tale, would be to be rescued by the heroes, knights in shining armour and all that, whereas here … well, OK, they did get the queen’s necklace back; but then Dumas wasn’t out to write alternative history, so obviously the royal marriage had to be saved, if only formally.  But that’s about as far as the fearsome foursome’s heroism goes, and even that is almost accidental to their many cavalcades along the way.  (The La Rochelle fortress stunt is, of course, sheer slapstick.)

Dumas found his inspiration for the novel’s four main characters in the semi-biographical / semi-fictional account Les mémoires de M. d’Artagnan by an author named Gatien de Courtilz de Sandras, an erstwhile soldier who later repeatedly found himself in the Bastille, where a former companion of the real d’Artagnan (Charles de Batz de Castelmore d’Artagnan) was warden at the time and probably told Courtilz de Sandras about his friend, who, like the real life Portos (Isaac de Porthau), Arthos (Armand, Seigneur de Sillègue, d’Athos, et d’Autevielle) and Aramis (Henri d’Aramitz), really was a protégé of the Musketeer Guards’ captain, Jean-Armand du Peyrer, Comte de Troisville, Dumas’s Monsieur de Tréville.  (Porthau, d’Athos and d’Aramitz also were de Troisville’s nephews; Batz de Castelmore d’Artagnan later became his successor — all four men arguably served with distinction.  D’Aramitz, upon resigning from the Musketeer Guards did join the clergy; d’Athos was killed in a duel — so in that respect, too, the story takes up elements of the real historical background.

In the novel’s preface, Dumas uses number of sleights of hand to (1) ground his narration in real history (and thus, enhance its credibility factor), (2) collar the writing credits for himself, while, at the same time, (3) establishing plausible deniability and distancing himself from the substance of the tale: He truthfully admits to having been inspired by Courtilz de Sandras’s account to research the four characters who first met in M. de Tréville’s (Troisville’s) antechamber, but then invents a further manuscript — by one Comte de Fère, i.e. Athos –, for which he then claims to have requested and obtained permission to publish it under a different title (that of the novel) and with a level of editing that makes him “beg the reader to lay to our account, and not to that of the Comte de la Fère, the pleasure or the ennui he may experience.”  In other words, Dumas suggests that there are historically provable facts at the core of the narration, but not only did he (Dumas) not witness them personally — as in, how could he possibly since they happened several centuries earlier? — but the original source text has also been edited; not with the intent of altering the facts but the style, so Dumas himself is, after all, the author of the version presented to the reader.  (What Dumas doesn’t say, but what would have been obvious at least to anybody familiar either with the historical personalities or with Courtilz de Sandras’s account, is the not unsignificant fact that the real historical persons didn’t actually live during Louis XIII’s and Cardinal Richelieu’s time but during that of Louis XIV, the Roi Soleil (sun king) of glorious memory, and the time of Richelieu’s protégé and successor, Cardinal Mazarin.)

Why, though, did Dumas not make his protagonists the heroes he arguably could have made them, based on the biographies of the real persons on whom they are based?  Well, consider the publication date, and consider the author’s own provenance: It’s 1844; we’re only little over half a century after the French Revolution (1789) and barely three decades after Napoleon was ousted once and for all (1815).  We’re also a decade and a half into the so-called July Monarchy (1830-1848), the attempt to replace the main branch of the House of Bourbon, who had reascended the French throne after Napoleon’s downfall, by a Bourbon cadet branch (the House of Orléans).  In other words, in the space of a mere half century, France has seen a whirlwind back-and-forth between the political opposite extremes of monarchy, republic, reign of terror, empire, and back to monarchy, infighting and all.  And our author, Alexandre Dumas, is the son of a mixed-race hero of the Revolutionary Wars, called Thomas-Alexandre Dumas (and btw, if you have not yet read Tom Reiss’s biography of The Black Count, General Dumas, you may want to remedy that — soonish).  General Dumas had fought tooth and nail for the Republic.  He’d seen the inside of a foreign prison, and there is every reason to believe that Napoleon, to whom he was an unloved rival, had no particular interest in redeeming him post-haste.  (It’s also obvious that General Dumas was the model for his son’s perhaps greatest hero, the Count of Monte Cristo.)  Now, after all that France had gone through between 1789 and the 1840s, and what with the personal history and political stance of his own father as a fervent defender of the Republic, can you seriously imagine Dumas, as a writer, wanting to glorify the Ancien Régime?  Of course not: his aim was to convince his fellow countrymen that letting the Bourbons reestablish their reign and permanently do away with the Republic (as had happened in England, not 200 years earlier) was the *last* thing that would be in their interest.  But can you possibly reach that aim if you create a glorious, romantic tale of swashbuckling derring-do set during the Ancien Régime, full of noble sentiments and with plenty of character development?  Again, of course not.  So what do you do instead?  You write a burlesque focusing on a bunch of cartoon characters, with a scheming, manipulative representative of the erstwhile First Estate (the clergy, which had lost much of its former standing as a result of the Republican separation of church and state) pulling the strings in the background, stage-managing even the actions and decisions of his own king, and employing a female arch-villain as his chief agent.

So that’s how we got to the novel that Dumas actually wrote … and for all that Hollywood turned his intentions on their head (and yes, of course I love those movies, too, particularly the two directed by Richard Lester), at least in one respect they played into his hands after all — well, other than lifting the fame of his tale and of his characters on an entirely new level, that is — by staying entirely true to his portrayal: Because, hand on heart, who do you think of if you hear the name Cardinal Richelieu: The historical person or the character created by Dumas?  Or are those two synonymous after all?