Agatha Christie: The Mystery of the Blue Train 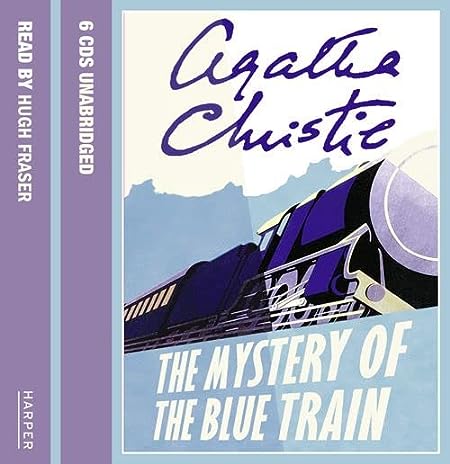 Agatha Christie hated this book.  While she was trying to write it, her little daughter kept distracting her and demanding her attention.  The plot is not an original idea but, for the first time (of what would eventually be multiple repeat occasions), she had chosen to expand an idea first used years earlier in a short story (The Plymouth Express).  And, worst of all, she was not writing because she wanted to but because she had to — the divorce from her husband, Archie Christie, had made writing a necessity if she and her daughter were not to starve.  As a result, Christie felt uninspired; stale, flat and unprofitable; the characters didn’t seem to come alive for her, she was unhappy with her output and could only ever look back to it with distaste, except for the one major accomplishment: to have attained the quality of a professional writer once and for all; a writer who got up in the morning and went to work, however little she felt like doing it, out of a sheer sense of duty.

I, on the other hand, have always loved this book — even before I knew the back story of its creation; which, if anything, has enhanced my fondness for it (and my respect for its author) even more.  Not only does very little of the hardship experienced by Christie while she was writing it actually translate onto the page; I wish my own output were as little affected by any ill humor I might be feeling during its production.  Not only is this a giant leap in quality as compared to Christie’s outing of only a year earlier, the abysmal The Big Four; maybe not quite back to the level of The Murder of Roger Ackroyd, but not terribly far removed, either.  Most of all, this book has almost everything that makes the best of Christie’s mysteries set outside of England such great fun: a — no, even two — intelligent, independent, adventurous young heroine(s) (vis-à-vis whom Poirot assumes an entirely benign, avuncular mentorship role), travel in one of the luxurious conveyances of yesteryear, and a glorious, exotic location as its final destination.  (And one of the young ladies, Katherine Grey, even begins her adventures in St. Mary Mead, as the former companion of just the sort of elderly lady who, only two years later, might well have joined Miss Marple and Griselda, the vicar’s — Reverend Clement’s — wife, for the village ladies’ weekly meetings for “tea and scandal at the vicarage”, if she hadn’t conveniently died and left her young companion Katherine all of her considerable fortune.)

Oh, sure, there is a bit of nonsense at the beginning involving the acquisition of the famous ruby, the “Heart of Fire”, by the millionaire father of the victim-to-be, that is eyeroll-worthily reminiscent of The Big Four.  And there is a bit of additional “organized crime” twirling about in the background of the plot and inspiring the odd conversation of Poirot’s with characters who can’t really make up their minds whether they’re genuinely shady or merely faintly exotic.  But fortunately Christie chose not to go very far down that road yet again; and as a result, it hardly impinges.  And all you need to know about the “Heart of Fire,” anyway, is that, like almost all great gems — both real and fictional — it is a stone that has inspired crimes in the past, and its possession is not necessarily a matter of good fortune for its owner.  But the rest of the story is sheer bliss; and the exchanges of Poirot and Katherine, as well as between Katherine and her newly-discovered glamorous cousin Lenox, daughter of chronically impecunious but even more glamorous Lady Tamplin, are a pure delight; as is, of course, the sparkling French Riviera setting.

Many a modern reader would probably have wished for a different ending as far as Katherine’s personal relations are concerned; alas, in this regard the novel is only one of several where one of Christie’s independent young women ends up saddled with a man who is decidedly her inferior — because in Christie’s world, both that of her books and the one she was living in, staying single just would not have been an option: and obviously, no independent and intelligent young woman would have deserved to be snatched up by a husband who would actually have outshone her.  (And let’s face it, not everybody is fortunate enough to meet her equal, either, as do the heroines of The Man in the Brown Suit and The Secret of Chimneys in the end — and as Christie, at the time when she wrote those earlier books, might still have thought she herself had, too.  If so, now she knew better.)

That being said, the TV adaptation of this particular book starring David Suchet — which milks the French Riviera setting to the nth degree and thus, comes highly recommended on account of its glorious visuals alone — is not entirely faithful to the book; and one area where this plays out very much to this present-day Agathyte’s satisfaction is in the ending, where Katherine is given just the sort of freedom that many a female reader would probably wish her to have in the novel, too.  In fact, the episode (filmed before the adaptation of The Murder on the Orient Express, which Suchet was reluctant to go near because of the iconic status of the star-studded 1974 movie) ends on a rather cheeky fourth-wall-breaking note, which makes me grin widely every single time:

KATHERINE: Actually, I’m not planning to go back to London just yet.  It’s peculiar, really, given everything that’s happened, but I’ve discovered I rather like travel.  So I’m going to keep going a bit.

POIROT: Oh, but of course. Oui.

KATHERINE: I’m going to go to Vienna.  I’m picking up the Orient Express.  The idea thrills me.  But I expect you’ve been on it millions of times. 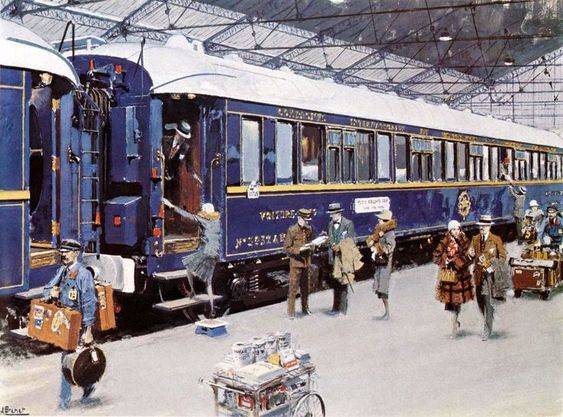 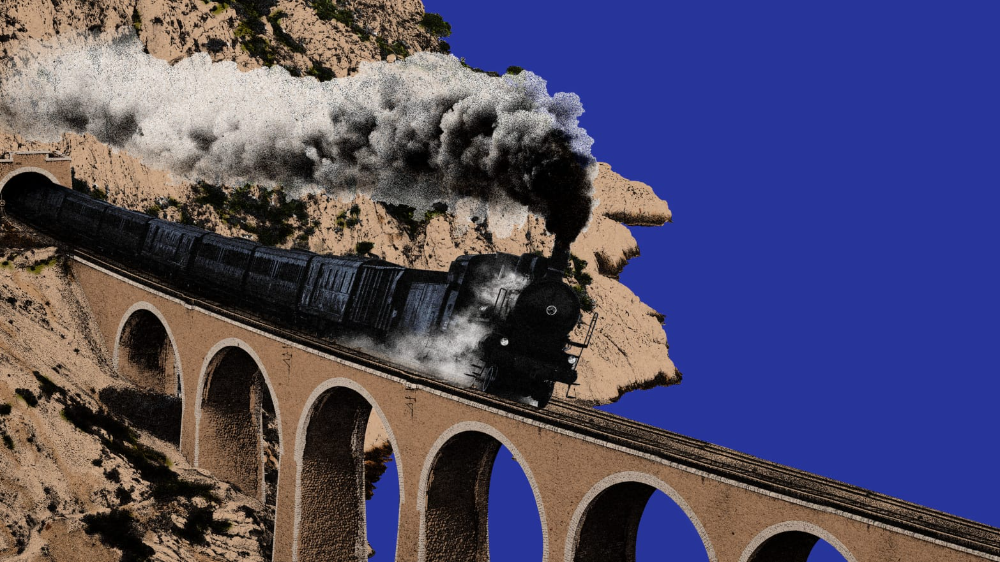 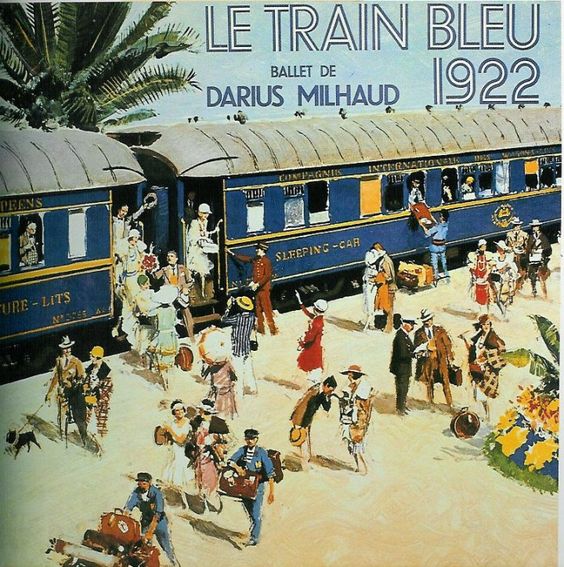 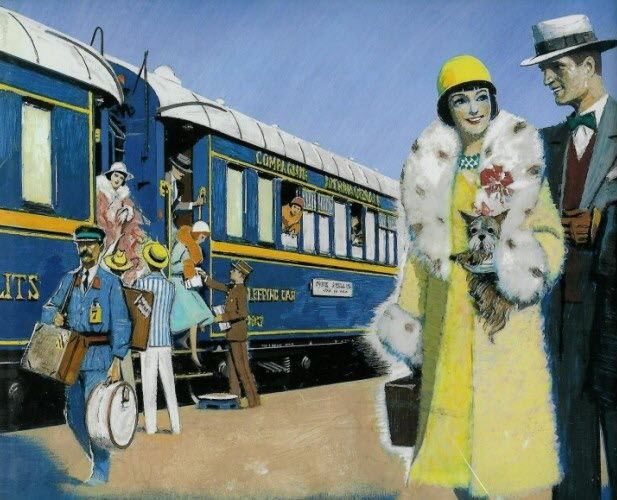 — and arrival in Nice (image sources here and here). 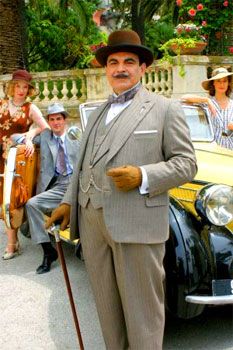 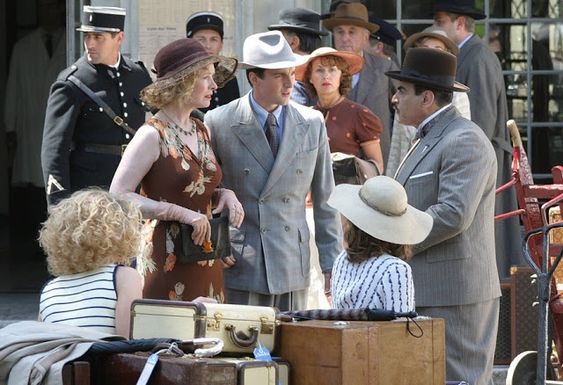 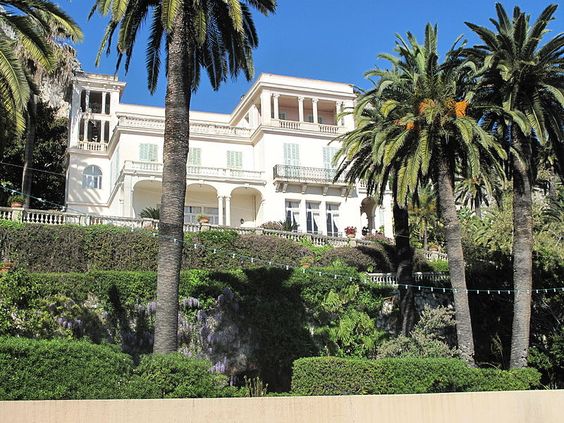 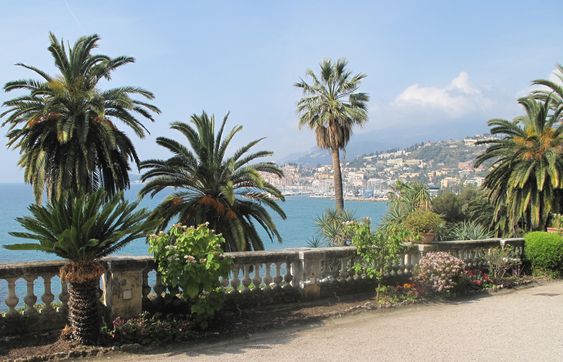 The Villa Serena in Menton, which in the TV episode doubles as the Villa Marguerite (the home of Lenox and her mother, Lady Tamplin), and the view from its terrasse towards Menton.
(Source: Wikimedia here and here)

2 thoughts on “Agatha Christie: The Mystery of the Blue Train”