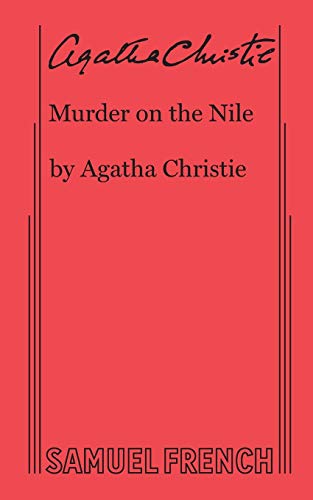 Got to the end of Act II, Scene 1 — now off to bed.  Quite apposite, probably, in light of the fact that the first shot has just been fired … and the shooter has been packed off to bed, too.

Basically, this is a very condensed version of Death on the Nile — all the major exchanges are there, plus some of the characters, with similar (though not identical) names as in the novel.  And of course I now want to revisit the novel to check on little details; not least because it seems to me that the makers of the David Suchet TV adaptation got their clues, in part, not from the novel but from this play.

Canon Pennefather (who is also Kay, the rich heiress’s, godfather) is the stand-in for Poirot (and presumably Colonel Race).  I definitely also want to look up whether the Canon Pennefather from At Bertram’s Hotel is also one of the Shropshire branch of the family … because this is definitely not the same person.  Much more assertive and also quite a bit taller and more forceful in his body language.

That said, I love that we’re not only given stage directions as to people’s basic movements and gestures — it  goes all the way down to little details, such as where they place their glasses on the table (or the bar), or one character planting a foot on a chair while beginning to talk about an emotional matter, etc.

4 thoughts on “Agatha Christie: Murder on the Nile – Reading Progress Update: 58 of 104 Pages”