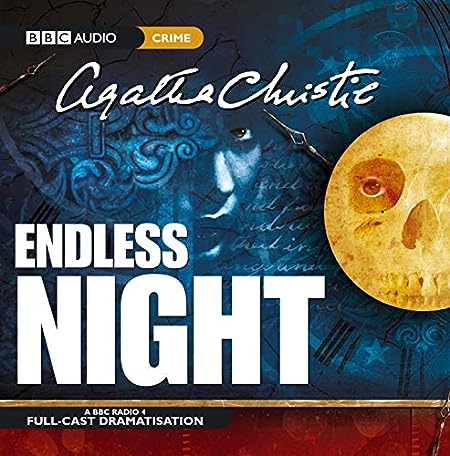 I said not so long ago that (barring Christie’s overwhelmingly abysmal final books) Endless Night isn’t exactly my favorite book by her and that I probably wouldn’t revisit it anytime soon — then this CD crossed my path for a song during a recent book store browse, and I figured it had to be karma, so here we are after all.

I’m still not exactly enchanted with the story (let alone its narrator and protagonist), though, and if there is one thing that this audio adaptation makes clear it is that this is a story that does not easily lend itself to the transformation to another medium — too subtle, nuanced and slow is the burn up to the final climax.  That said, the adaptation’s cast handles the material very well, and the script avoids the pitfalls that some of the novel’s incidental elements would undoubtedly create in less expert hands.  So, if you just want to know what happens in this novel, this is a decent enough introduction — just don’t expect the depth of the written original.