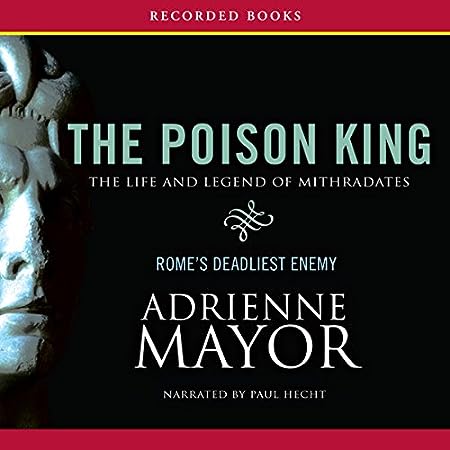 A National Book Award finalist for this epic work, Adrienne Mayor delivers a gripping account of Mithradates, the ruthless visionary who began to challenge Rome’s power in 120 B.C. Machiavelli praised his military genius. Kings coveted his secret elixir against poison. Poets celebrated his victories, intrigues, and panache. But until now, no one has told the full story of his incredible life.

Shout-out to Elentarri, who nominated this for the Crowdsourced list back in 2019. Enjoyable and informative at the same time, even if I could have done without Mayor’s attempts at shoehorning flat-out historical fiction into an otherwise straightforward biography under the guise of “speculation, extrapolating from known sources”. (Yeah, right. Because I’m sure those sources also tell us exactly what Mithradates and his retinue saw, smelled, heard, thought and did at any given moment during the times of his life that we don’t even know the first thing about to begin with …) Fortunately she essentially kept it to two, albeit rather lengthy passages; otherwise my rating of the book would have dropped not by one but by several notches.