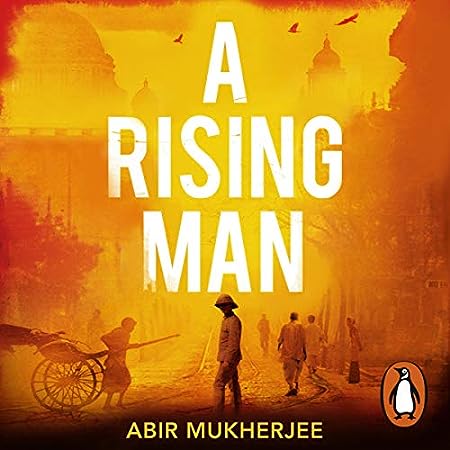 Captain Sam Wyndham, former Scotland Yard detective, is a new arrival to Calcutta. Desperately seeking a fresh start after his experiences during the Great War, Wyndham has been recruited to head up a new post in the police force. But with barely a moment to acclimatise to his new life or to deal with the ghosts which still haunt him, Wyndham is caught up in a murder investigation that will take him into the dark underbelly of the British Raj.

A senior official has been murdered, and a note left in his mouth warns the British to quit India – or else. With rising political dissent and the stability of the Raj under threat, Wyndham and his two new colleagues – arrogant Inspector Digby and British-educated but Indian-born Sergeant Banerjee, one of the few Indians to be recruited into the new CID – embark on an investigation that will take them from the luxurious parlours of wealthy British traders to the seedy opium dens of the city.

I didn’t quite buy into the hype generated by this book, and despite the indeed very nicely-executed Raj setting I’m feeling largely justified. The basic mystery is derivative; the “who” in “whodunnit” stares you in the face practically from the word “go,” and the red herrings and detours have similarly been done a million times before; in light of all of which I could easily have done with roughly 150 pages less. (Especially in the second half of the book, I kept thinking “move it already” …)