Have you had any miracles in your life?  (Kids are a given.)  Just enough change for tolls?  Just enough gas to get you to the station?  Been tragically late for a flight only to find the flight was even more tragically delayed?  Nothing is too small – share your miracles with us! 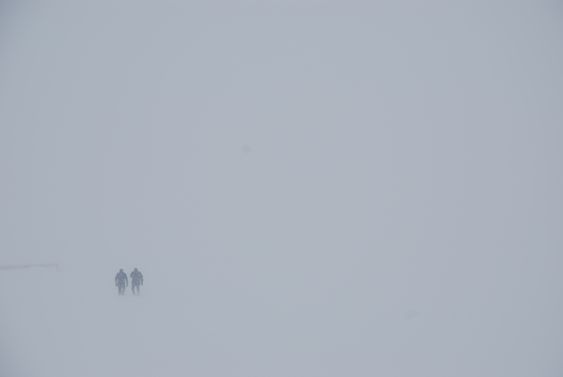 I hadn’t actually thought of this incident in a long time, and when I remembered it during the course of this game, it took me a while to make up my mind whether to use it for the “miracle” or the “homing pigeon” task — but given that it scared the living daylights out of me, somehow “miracle” seems to cut it better.

This happened during a skiing holiday when I was in my mid-20s, in the Dolomites region of the Italian Alps (which, for the record, I still love dearly — it’s one of the most dramatic and beautiful parts of the Alps). And it was an incredibly effective reminder that even in today’s highly technicized world, nature can easily get the better of you, witih potentially lethal consequences.  Even if you think you know what you are doing (or if only one in a party of two knows what they are doing).

My mom first put skis under my feet when I was 3, and we’d been spending at least a week or two per winter — and most years, more than that — in the various skiing regions of Germany, Austria, Switzerland, and Italy ever since (often also with the family of my mom’s sister, all of whom were avid skiers as well).  So by the time this incident happened, I was well familiar with the vagaries of winter weather in the mountains, too — we had had several tricky situations in the past, but had always been able to deal with them, regardless whether it was just the two of us or the larger family party of six.

This vacation was different, however.  This time, I had gone with my then-boyfriend, who had never skied in his life, nor spent time in the mountains in winter.  We went to Val di Fassa, where I had stayed before and which I liked a lot, on the one hand because of its natural beauty, but on the other hand I also thought the comparatively easy slopes available in this part of the Dolomites would be a great place to learn skiing, for anybody who really wanted to learn.  The more advanced Fassa slopes are also part of the so-called Sella Ronda, a circular network of interlinked slopes and ski lifts all around the Sella massif which allows you to make entire day or half-day tours on your skis and explore several different skiing regions, instead of being limited to only a single one … but obviously this sort of thing is impossible with someone who has never been on skis before.  So we agreed that I’d spend most of the time with my boyfriend, teaching him to ski on one of the Val di Fassa beginners’s slopes.  Only one day I’d do part of the Sella Ronda and ski over to neighboring Val Gardena (Grödnertal), where my mom and my aunt and uncle were staying at the same time.  And tellingly, what happened did NOT happen while I was out alone, going to Val Gardena and back (on a series of slopes that I was well familiar with — we had spent several vacations in Val Gardena in the past, too, and the part of the Sella Ronda between there and Val di Fassa was one stretch that we particularly loved and had skied many, many times). 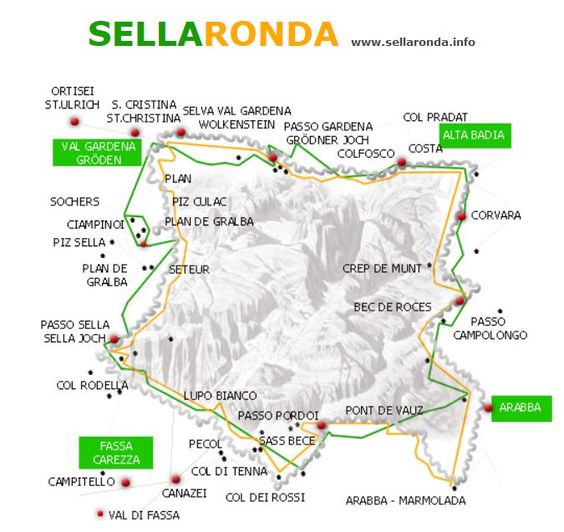 My boyfriend and I were not staying in one of the skiing towns and villages down in the valley but halfway up to Passo Sella, because most hotels were already fully booked by the time he said he wanted to go — which for a popular Alpine skiing region was not unexpected (and I was quite frankly happy to still find any accommodation at all).  So for a few days we went down to the beginners’s slopes in Campitello and Canazei, and back up to Passo Sella again in the afternoon.  One day, we were late getting started on our trip back — I forgot why.  The weather had been fine in the morning when we started (and most of the day, too); I’d packed skid chains regardless, but even those ultimately were no help.

At some point on our way up to the Pass, dusk began to fall.  At the same time, clouds were moving in, fogging up the view and snowing in the road, until we were caught in a complete whiteout, with dusk added into the mix and visibility reduced to practically zero.  There was nobody else on the road, not even snow ploughs — I think their operators had been surprised by the sudden change of weather, too (this was when weather reports were a lot more unreliable anyway, but particularly so in the mountains, where the weather can change very rapidly).  Somehow, I made it all the way up to within almost a kilometre or two (1 – 1 1/2 miles) of our hotel, to a point where the road was flattening out again for a stretch.  I don’t remember why exactly we didn’t manage the last part of the road back to the hotel in our car, but I do remember pulling over to the side with my inner reserves thoroughly drained by that point already, telling my boyfriend there was nothing for it; we’d have to walk the last part of the way, carrying our skis.  So we set out with me leading the way, warning him to stay close behind me, walking single file; and with nothing to guide me but the telegraph poles along the road, the respective next one of which I could barely make out with everyone that I passed. 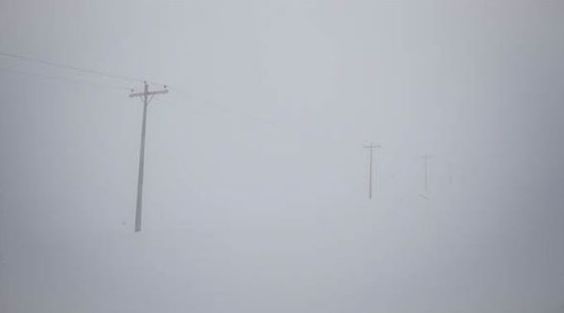 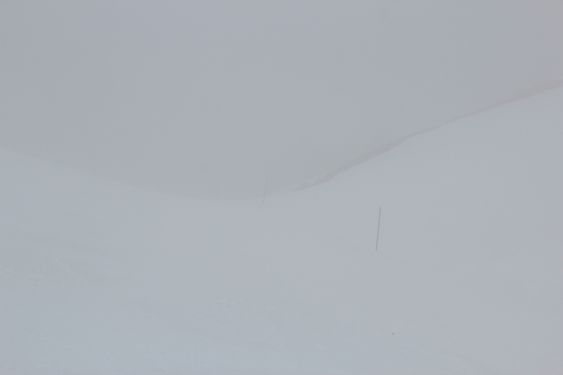 After a while, I realized that my boyfriend was no longer walking behind me.  I couldn’t tell how long that had been the case (in a whiteout, the combined effect of low clouds and snow will also muffle almost all sound) and whether, disregarding my warning, he had just dropped into one of his habitual slow ambles or whether he had actually fallen.  I briefly hesitated whether to go back and look for him or walk on and try to get help as fast as possible.  Since dusk was really closing in on us and even if he had fallen and I had gone back, I wasn’t sure whether there would have been anything I could have done on my own, I decided to walk on and try to get to the hotel and call for help as quickly as possible; all the more since I thought I had almost reached the turnoff.  This, fortunately, was true.  But although the pathway to the hotel was short, there was now no more landmark to guide me — and of course, the path itself was rapidly disappearing under layers of freshly fallen snow, too.  I literally stumbled on, hoping I was going in the right direction.  Then I slipped and fell, and was instantly and completely disoriented — and in despair, ready to just lie down and give up.

Eventually I pulled myself up and crawled forward, hoping to at some point be able to grab onto something that would show me where I was.  That something, when I found it at last, turned out the stairs to the hotel — luckily I had fallen right in the hotel (originally a farm) forecourt.  I burst into the door and, once inside, into the hotel kitchen, where I hoped the host family would be staying at that moment (which they were), and blurted out something to the effect that our car had broken down a kilometre or two back on the main road, my boyfriend hadn’t followed me and I didn’t know whether anything had happened to him.  Like many hotels and farms in the area (and as I had hoped they would), this one had a snowcat, which they brought out to go look for my boyfriend, while the landlady made me sit down in the kitchen to get warm again, gave me a cup of hot cocoa and tried to calm me down.  A while later, the guys who had gone out returned with my boyfriend — unscathed and merely disgusted.

We had only one more day left during that stay; I don’t recall what we did on that day, but it wasn’t skiing.  Two days later we left for home.

And I’ve learned that even today, it is still possible to come to serious harm literally on the doorstep of a welcoming house that you’re not able to recognize.  I shudder to think what sort of peril whiteouts and blizzards must have meant in decades and centuries gone by. 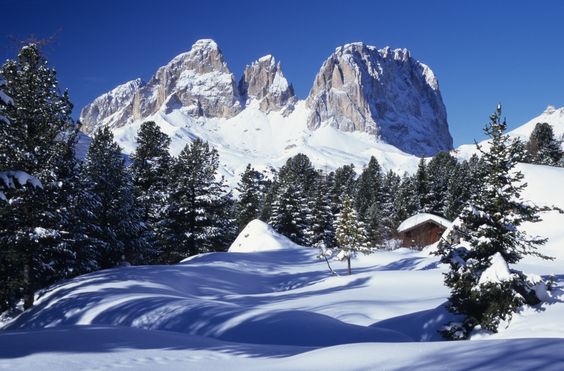 Sassolungo (Langkofel): Unquestionably the most dramatic peak between Val di Fassa and Val Gardena; the Sella Ronda passes just below it, somehwere behind the snowed-in ridge to the right.

This is how I remember skiing in the Dolomites with my mom and my family! 😉