A Cornucopia of Holiday Stories 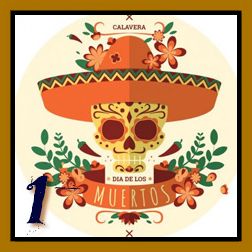 Turns out I already knew five of the ten stories in this anthology:

So I skipped those (though I do really like the stories by Ellis Peters, Julian Symons and Ian Rankin — care somewhat less for the other two, though) and just read the remaining five entries:

Of these, far and away my favorites were the stories by Michael Innes and Lawrence Block (Marjorie Allingham’s On Christmas Day in the Morning came somewhat close because of its bittersweet solution): Innes’s The Four Seasons is a variation on the country house mystery set in the Fen Country and centering on a painting — actually, it’s a country house story within a country house story, because the actual story is being told by a guest at a country house holiday party in turn –; and Block’s As Dark as Christmas Gets is an extremely cleverly conceived hommage to Rex Stout’s Nero Wolfe mysteries, in everything from tone to characters, setting, plot, book title name checking, and even solution.

Since this book has a(n, umm, mostly) black and white cover, for 16 Festive Tasks purposes I’ll be using it as my read for All Saints’ Day.

One thought on “A Cornucopia of Holiday Stories”