24 FESTIVE TASKS: FINAL RESULTS — AND THANKS TO ALL PARTICIPANTS!

So, with the end of 2020, Festive Tasks has come to an end as well” 🙁 A big Thank You to everybody who joined the game and participated so actively: Collectively, we achieved a total score of

… which is only 4 points less than last year’s total! That’s a phenomenal result — in and of itself, but even more so considering everything that went along with our forced move to GR, the necessary changes of format etc. Go us: well done everybody! Thank you so much from this year’s hosts: Christine PNW, Melissa (TeaStitchRead), Darth Pedant — who again did a fabulous job hosting the Melbourne Cup Day “Pick You Ponies” task –, MbD, and me. Once again, it’s been great fun watching the truly amazing things that everybody came up with to complete to the various tasks.

A special thank you, moreover to everybody who reported their points using the Google form and / or creating master update posts in the respective joint thread — I can’t say often enough how much easier this made tracking the status of the game. 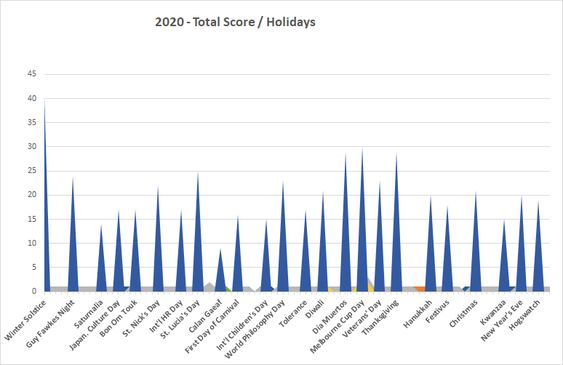 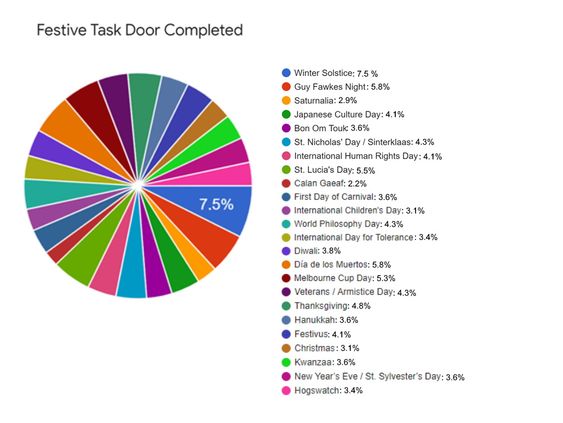 With a whopping 37.5%, overall the book tasks were the most popular tasks of the game again this year, followed by Tasks 1 and 2 on an almost equal footing (26.7% and 23.1%, respectively). But even the bonus tasks came in at a respectable total of 12.7%. 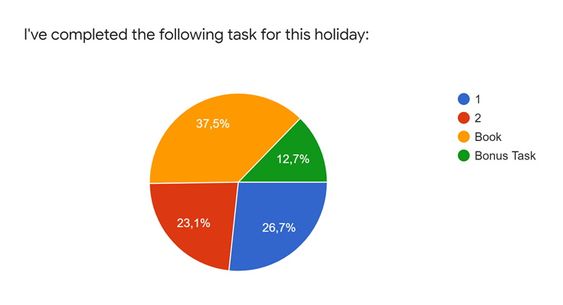 Solidly over 50% of all tasks completed were the second or further task completed for the square in question. In most cases, the first task completed was either Task 1 or the book task, but again Task 2 fared very respectably, and again even the bonus tasks fully pulled their weight. 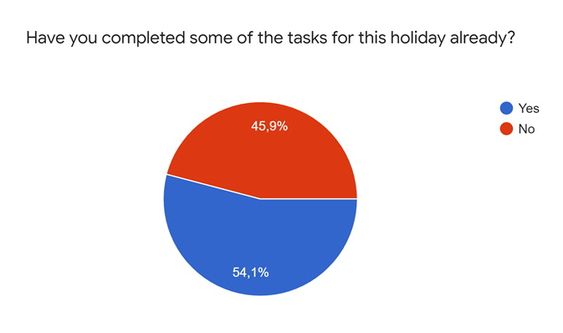 As is evident from the above charts, and as I already noted in my statistics update at the end of November, revealing the holidays the way we did this time, on an even footing throughout November, has caused tasks being completed for the game to be spread more evenly throughout the game than in previous years.

* On no fewer than 22 of the 24 squares, one or more participants completed this game’s full standard set of 3 tasks (book and 2 non-book tasks or 2 “regular” tasks and 1 bonus task).
* On all 12 squares where we had made the option to gain bonus points available, one or more players collected 1 or more “actual” bonus points (Pick your Ponies, Gävle Goat guess, or completed bonus task(s) in excess of 3 “standard” tasks for that square).
* On a staggering 19 of the 24 squares, one or more players even completed all tasks for that particular square.

Given that we had an uneven number of tasks for the game’s squares this time around, maybe it’s not entirely fair to list the highest and lowest points-earning squares, but anyway — just take these with a minor grain of salt: 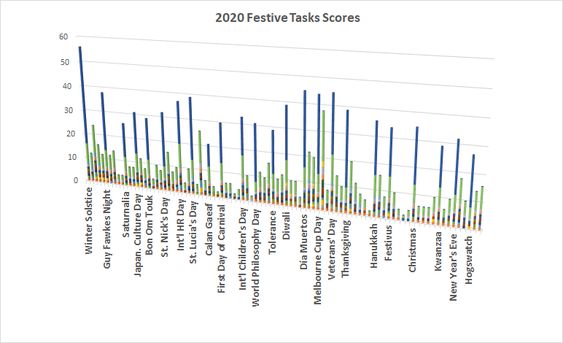 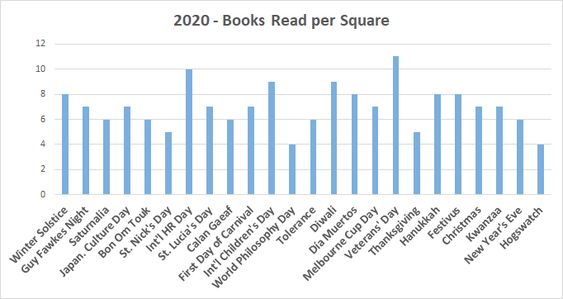 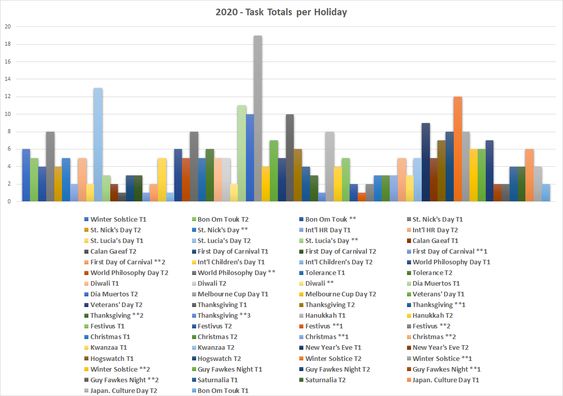