Tasks for Kwanzaa: Create a stack of books in the Kwanzaa color scheme using red, black and green and post your creation and post a photo (or post a photo of a shelfie where black, red and green predominate).

BONUS task: Create something with your stack of books: a christmas tree or other easily identifiable object.

It so happened I had a bunch of planned Halloween Bingo reads still sitting around that fit the bill … so here we go: 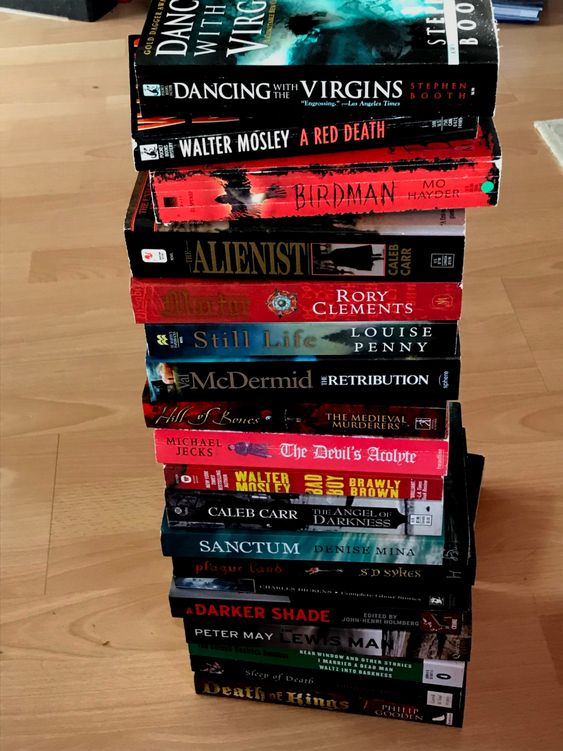 … and rearranged as a star (and I swear the covers of those books by Denise Mina, Louise Penny, Val McDermid and Stephen Booth are actually greenish-turquoise, not blue): 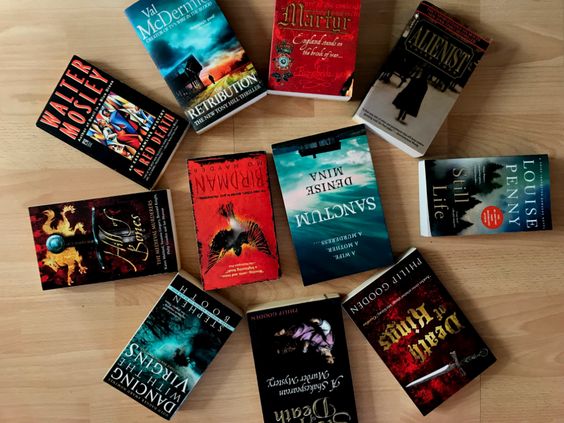 — and finally, rearranged again as a reader sitting on a chair (OK, well, just use your imagination … 😀 ): 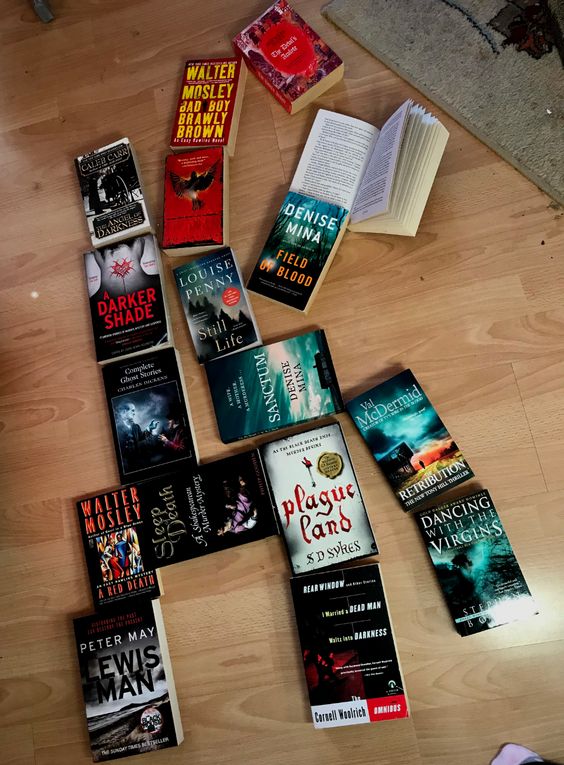