The Power of Narrativium

Murder by Death and BrokenTune have essentially summed up a lot of the points I’d want to make about The Science of Discworld.  (What a misnomer that title is, incidentally — and not only because the science part is really concerned with “Roundworld,” i.e., our world … the science part in this book expressly negates what chiefly makes Discworld tick, namely narrativium, which is described here as the narrative imperative, but actually stands for so much more.  But I’ll get to that in a minute.)  And there is quite a bit of more discussion in post here and in the comments sections of BT’s posts here and here, so little remains for me to add.

There is one point in particular that is bothering me about the assertions made by the scientist co-authors, though, and that is their constant poo-pooing of any- and everything that isn’t scientifically quantifiable or measurable, even though (in one of their many contradictions) they do admit in the book’s final chapters that the “How-to-Make-a-Human-Being” kit we have inherited and are, ourselves, passing on to future generations (both individually and collectively) includes “extelligence”, which constitutes not only collectively shaped knowledge and experience, but also virtually every abstract concept known to mankind today … as long as — according to Stewart and Cohen — a person’s response to such a concept can be measured and recorded in some way, shape or form.  That, however, still doesn’t stop them from talking down the concept of a soul (human or otherwise), or from insisting that narrativium doesn’t exist in our world.  I disagree, and largely in lieu of a review I’m going to throw their co-author Terry Pratchett’s own words right in their teeth (and incidentally, Pratchett was, for all I know, an atheist, so religion — which seems to be a key part of Stewart and Cohen’s objection to the notion of a soul — doesn’t even enter into the discussion here):

“I will give you a lift back, said Death, after a while.

What would have happened if you hadn’t saved him?’ [the Hogfather, Discworld’s  version of Santa Claus.]

‘Yes! The sun  would have risen just the same, yes?’

‘Oh, come on.  You can’t expect me to believe that.  It’s an astronomical fact.’

The sun would not have risen.

She turned on him.

‘It’s been a long night, Grandfather!  I’m tired and I need a bath!  I don’t need silliness!’

The sun would not have risen.

‘Really?  Then what would have happened, pray?’

A mere ball of flaming gas would have illuminated the world.

They walked in silence.

‘Ah,’ said Susan dully. ‘Trickery with words.  I would have thought you’d have been more literal-minded than that.’

I am nothing if not literal-minded.  Trickery with words is where humans live.

Really?  As if it was some kind of pink pill?  No.  Humans need fantasy to be human.  To be the place where the falling angel meets the rising ape.

Yes.  As practice, you have to start out learning to believe the little lies.

‘So we can believe the big ones?’

‘They’re not the same at all?’

You think so?  Then take the universe and grind it down to the finest powder and sieve it through the finest sieve and then show me one atom of justice, one molecule of mercy, and yet– Death waved a hand.  And yet you act as if there is some … some rightness in the universe by which it may be judged.

‘Yes, but people have got to believe that, or what’s the point–‘

She tried to assemble her thoughts.

There is a place where thwo galaxies have been colliding for a million years, said Death, apropos of nothing.  Don’t try to tell me that’s right.

‘Yes, but people don’t think about that,’ said Susan.  Somewhere there was a bed …

Correct.  Stars explode, worlds collide, there’s hardly anywhere in the universe where humans can live without being frozen or fried, and yet you believe that a … a bed is a normal thing.  It is the most amazing talent.

Oh, yes.  A very speccial kind of stupidity.  You think the whole universe is inside your heads.

No.  You need to believe in things that aren’t true.  How else can they become?  said Death, helping her up on to Binky.”

So you see, Messrs. Stewart and Cohen, there is narrativium everywhere where there are humans.  It may not have been part of the universe from the time of its creation (however we attempt to pinpoint or define that time).  And we don’t know whether any of the long-extinct creatures who populated our planet millions of years before we came along had it — if they did, it seems they at any rate didn’t have enough of it to create a lasting record beyond their fossilized physical remains.  But humans wouldn’t be humans without narrativium.  Because that’s how the rising ape becomes something more than a mammal (call it a falling angel or whatever you will).  Because that’s why it is the sun we see rising every morning, not merely a ball of flaming gas.  Because that’s why the stars are shining in the sky at night, not a collection of galactic nuclear reactors that just happen to be close enough so we can see them with our naked eye.  And because that’s what enables us to hope, to dream, and to consequently make things come true that nobody previously even thought possible.

It’s narrativium that got us where we are today.  Not alone — science, technology, and a whole lot of parts of the “How-to-Make-a-Human-Being-Kit” helped.  A lot.  But narrativium is the glue that holds them all together.

And since as a species we also seem to be endowed with a fair share of bloodimindium, maybe — just maybe — that, combined with narrativium and scientific advance all together will even enable us to survive the next big global catastrophe, which in galactic terms would seem to be right around the corner (at least if our Earth’s history to date is anything to go by).  If the sharks and a bunch of protozoons could, then one would hope so could we … space elevator, starship Enterprise, or whatever else it takes, right?

P.S.  Like MbD’s and BT’s, my love of the Discworld wizards is unbroken.  And clearly there is no higher life form than a librarian.  (Ook.)

P.P.S.  I said elsewhere that I’d be replacing Val McDermid’s Forensics with this book as my “16 Festive Tasks” Newtonmas read.  I’m still doing this: at least it does actually have a higher degree of scientific contents; even if highly contradictory in both approach and substance and even if I didn’t much care for the two science writers’ tone. 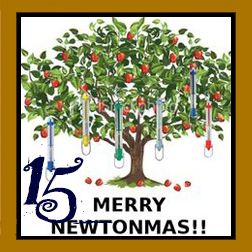 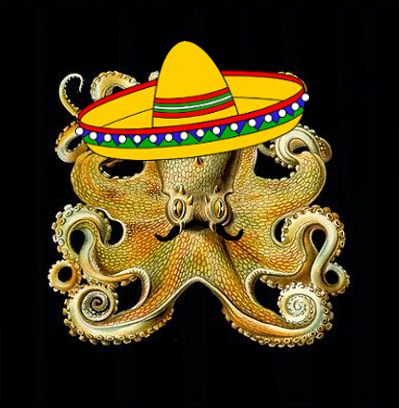 Below, see screen shots of the blog posts and discussions referenced in my review: