Credits for this trip’s single most hilarious literary discovery must go to BrokenTune, who saw this in the gift store of Pitmedden Garden — it took mere seconds for me to decide I had to have it: Fifty Sheds of Grey, a hysterically funny parody of “that book” (using the term loosely) … and yes, you should most definitely take the “shed” thing literally.  Review with shots of individual pages to follow … 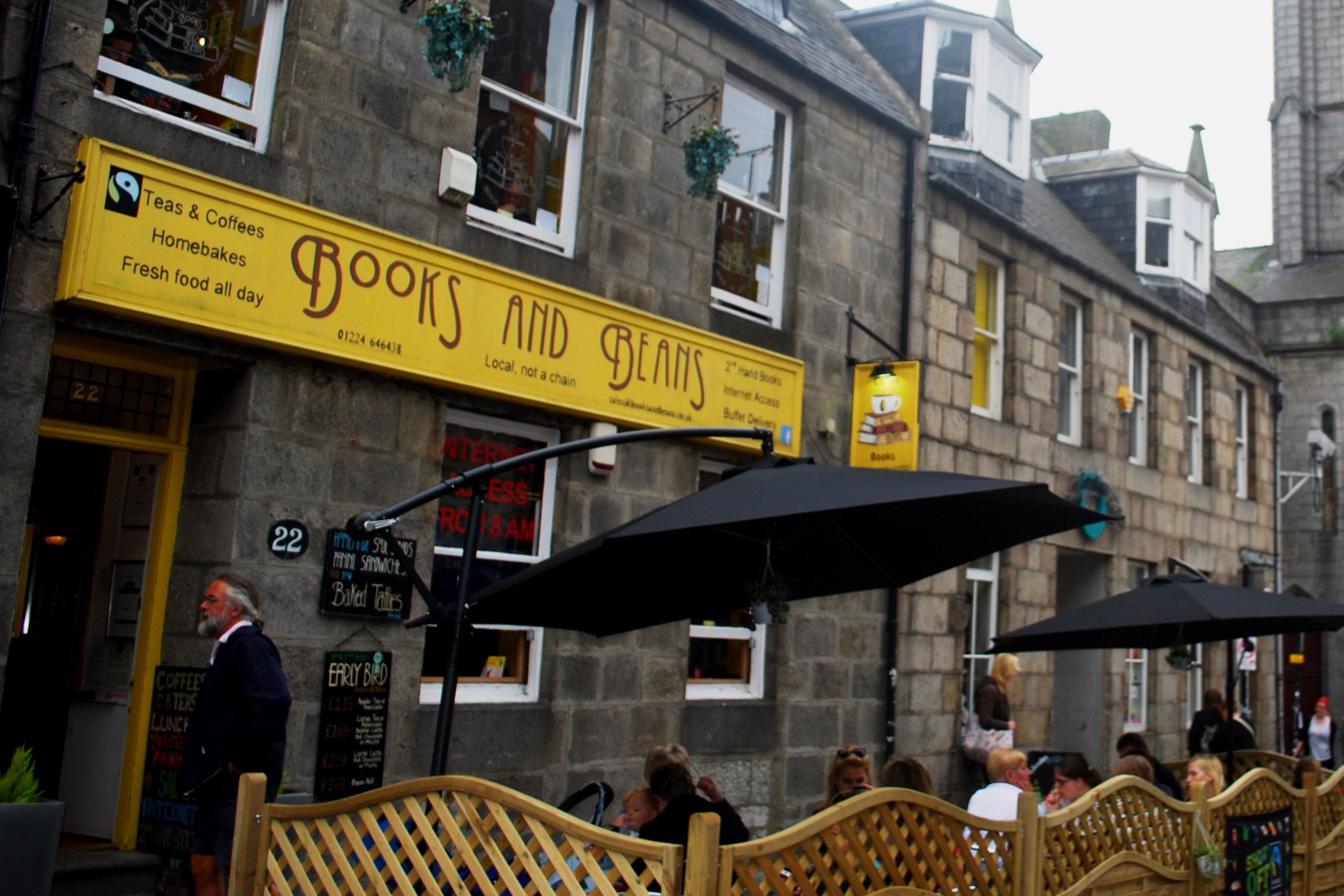 Lunch at a lovely Aberdeen place called Books and Beans — as the name (sorta) suggests, a combined bistro and second hand book store: great food, nice atmosphere, and several crammed shelves with books in great condition at virtually no cost — added two books from Michael Jecks‘s Knights Templar series to my collection: The Sticklepath Strangler and The Tolls of Death (or in its mondegreen version, “The Trolls of Death,” which, who knows, may turn out just as fitting a title). An area about an hour south of Aberdeen that is (or used to be) known as “The Mearns” was the home of Lewis Grassic Gibbon (real name: James Leslie Mitchell), whose Scots Quair trilogy I had started to read to coincide with my vacation. A visit to the museum / centre dedicated to his literary heritage however not only proved educational about his life and background but also served as a reminder that he hadn’t only written about life in the Mearns but he was also, oddly, the author of Spartacus.  So that book, obviously, also had to be acquired — I think I’m going to wait a while with the read, though, until I no longer hear that Mearns accent in my head the moment I open a book by Grassic Gibbon … it’s a distinctive feature of the Scots Quair trilogy, and to make matters worse, they’d included an excerpt from the first Scots Quair novel (Sunset Song), which I happened to have just read on the night before our visit to the Grassic Gibbon Centre, in a short film about his life, read in the local accent, which just made extra sure that it would come to get stuck in my head for good.  (BT repeating “Spartacus” in mock Mearns speak obviously didn’t exactly help either, lol. 😉 )  So there’s definitely some mental distance called for before I’m going to tackle a book that couldn’t be further from the Mearns in topic, temporal and geographical setting! 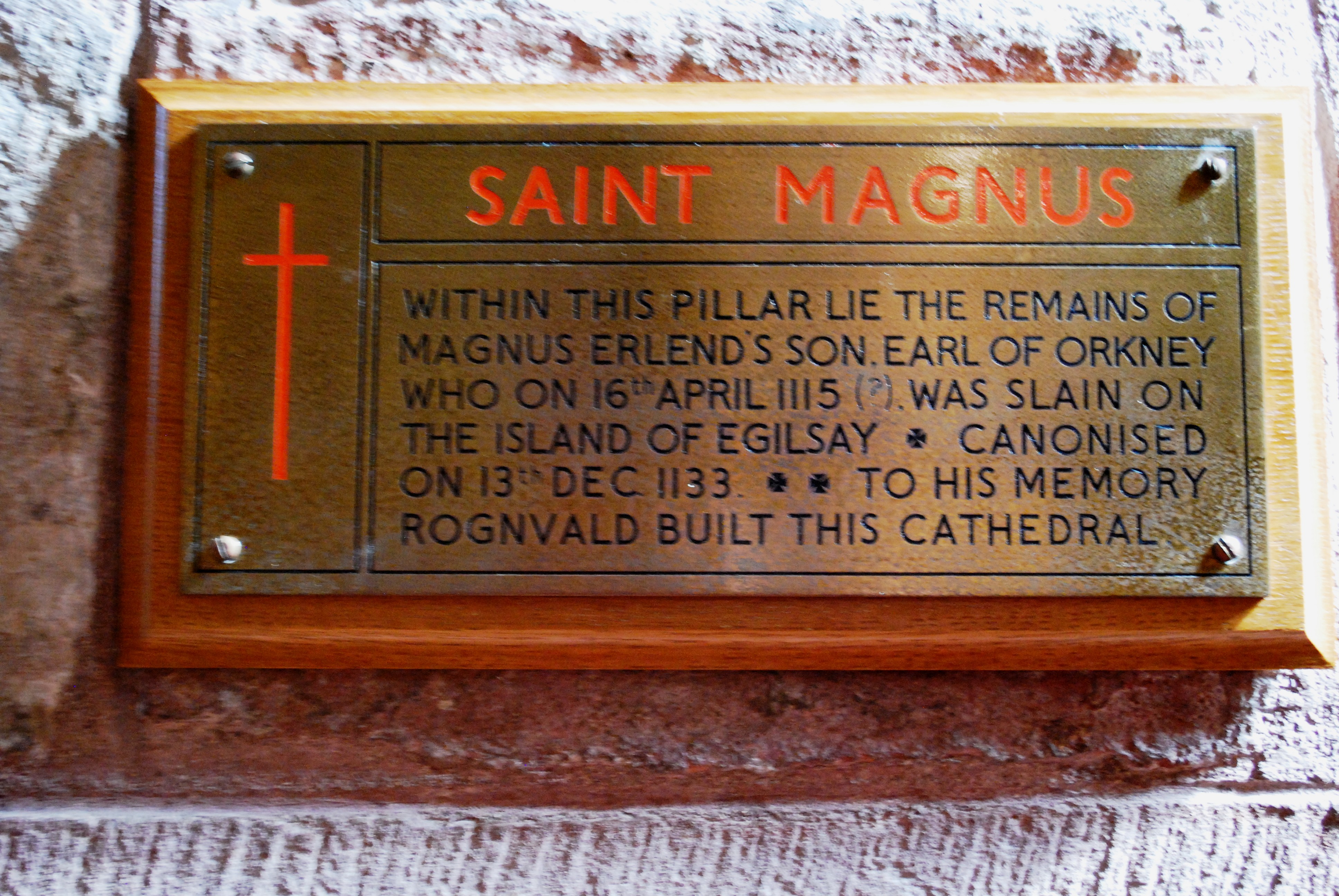 From my visit to the Orkneys (well: the largest Orkney island, Mainland) I brought two books loosely connected in that they partially overlap topically: The medieval Orkneyinga Saga (History of the Earls of Orkney), which tells the Viking history of the islands and, like other chronicles from the era, is essentially a mix of history, legend and lore, and Orkneyan writer George MacKay Brown‘s Magnus, which combines the story of the murder of the most famous medieval Earl of Orkney — the eponymous Magnus, who is buried in a Kirkwall cathedral named for him and later became the islands’ patron saint — with the life and philosophy of Dietrich Bonhoeffer … a rather intriguing concept, I thought; I hope it’s going to hold up to expectations. 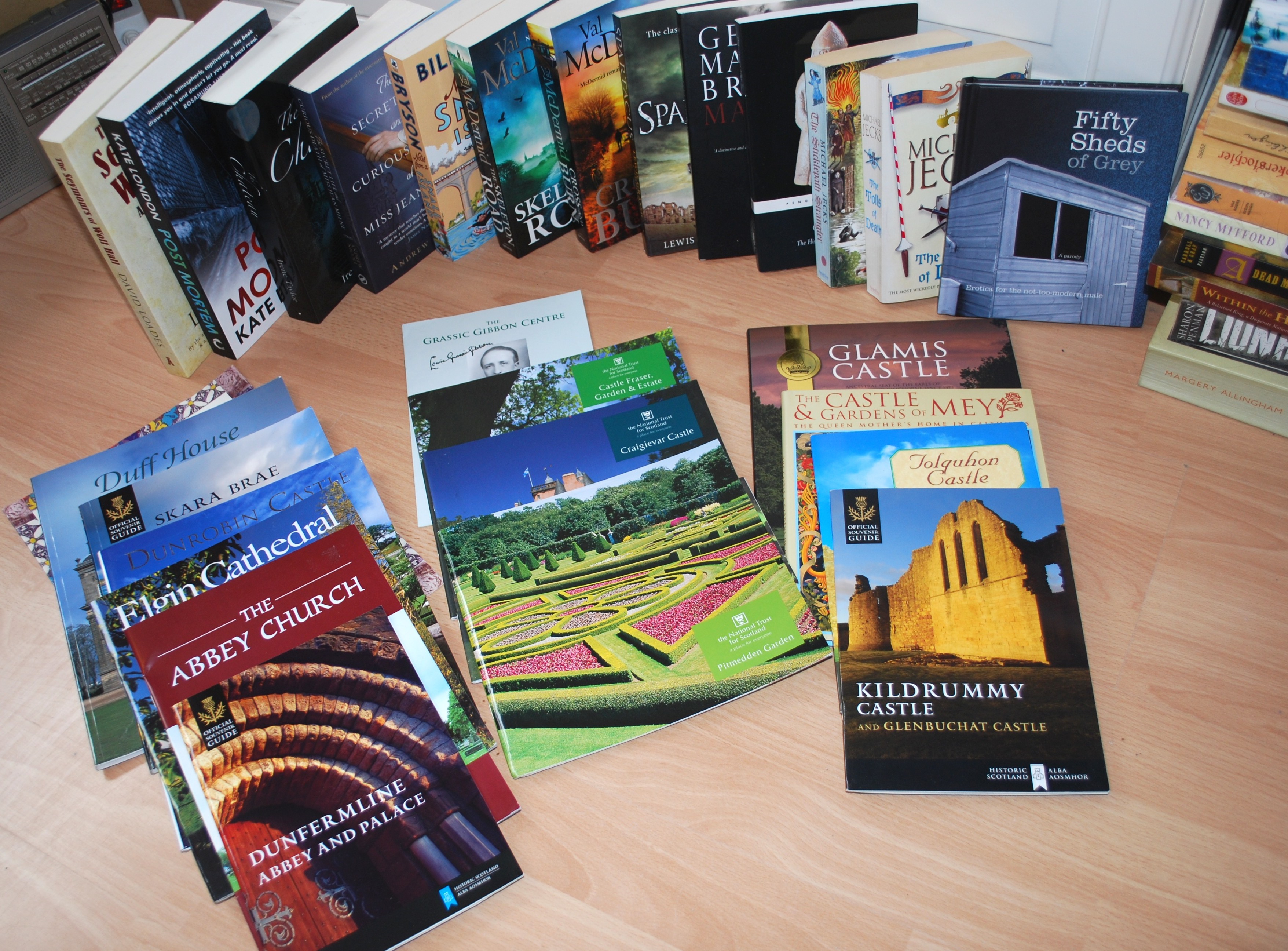 And then, there was my usual extended trawl through the shelves of one (or in this instance, even two) of W.H. Smith’s airport stores, which this time proved exceptionally, um, profitable — despite various bonus deals for both sides to the transaction — in adding to my on-board luggage (which already contained all of the above books, plus guide books to virtually every important place that either I alone or BT and I together had visited), in one fell swoop: 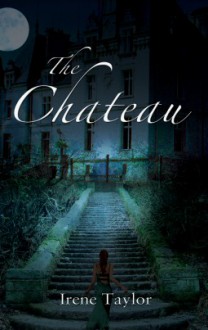 It’s a debut novel called The Chateau by a lady named Irene Taylor, published in 2010.  The book is self-published with Matador, which is the self-publishing imprint of Troubadour Publishing (an independent commercial publisher).  Ms. Taylor was present at one of the W.H. Smith airport outlets where I was browsing for books before my flight home — still actively promoting her book five years after its appearance, despite the fact that Matador, which is at the high end of British self-publishing houses (1000 print copies of your book will easily cost you a 4-digit £ amount with them), unlike other such companies, actually offers a certain amount of marketing; as well as, incidentally, a limited amount of editorial guidance.  (I’ve since seen on GR that Ms. Taylor actually seems to have been doing book store signings repeatedly over the past years; someone else mentioned that she’d signed their book at the store where they’d bought it, too.)  The W.H. Smith store she had selected was in the airport’s duty free area, which meant that she had to have obtained not only W.H. Smith’s but also airport security permission for the occasion (since you have to clear security to reach that area, and the only way to get to do that ordinarily — unless you’re an airport employee — is if you’re in possession of a valid boarding card).  She had dressed with great care.  In conversation it emerged that she holds a university degree in history and modern languages (and on Amazon, GR, and in a newspaper article included on her publisher’s author profile page she is described as a leading Scottish business woman); yet, her comments on her writing on the one hand and her real life on the other hand sounded oddly incongruous: “They say that an author’s first novel is often autobiographical, and going by that, based on the plot of my book you might think I must have led one hell of a life — but nothing could be further from the truth,” and “All those years in university, only to become a traveling salesperson.”

So, never mind that (as I’ve since also learned) at different points in her life she has made her home in two of the world’s most beautiful regions (Scotland and the Loire Valley in central France), there seemed to be a good deal of frustration, and fiction being used as an outlet for things seen as lacking in her real life — hardly remarkable in and of itself; nor probably is the book if the first paragraphs are anything to go by … there is enough blatant foreshadowing for three debut novels, and as I said, ordinarily I wouldn’t have gone near her book, personal appeal or not.  However, I was struck by the considerable effort she still seemed to be bringing to promoting her book five years after its appearance (not to mention that she’d been willing to go to the expense of publishing with a company like Matador in the first place) — and the actual kicker was her signature, or rather, the process of signing, which is reflected in her signature: 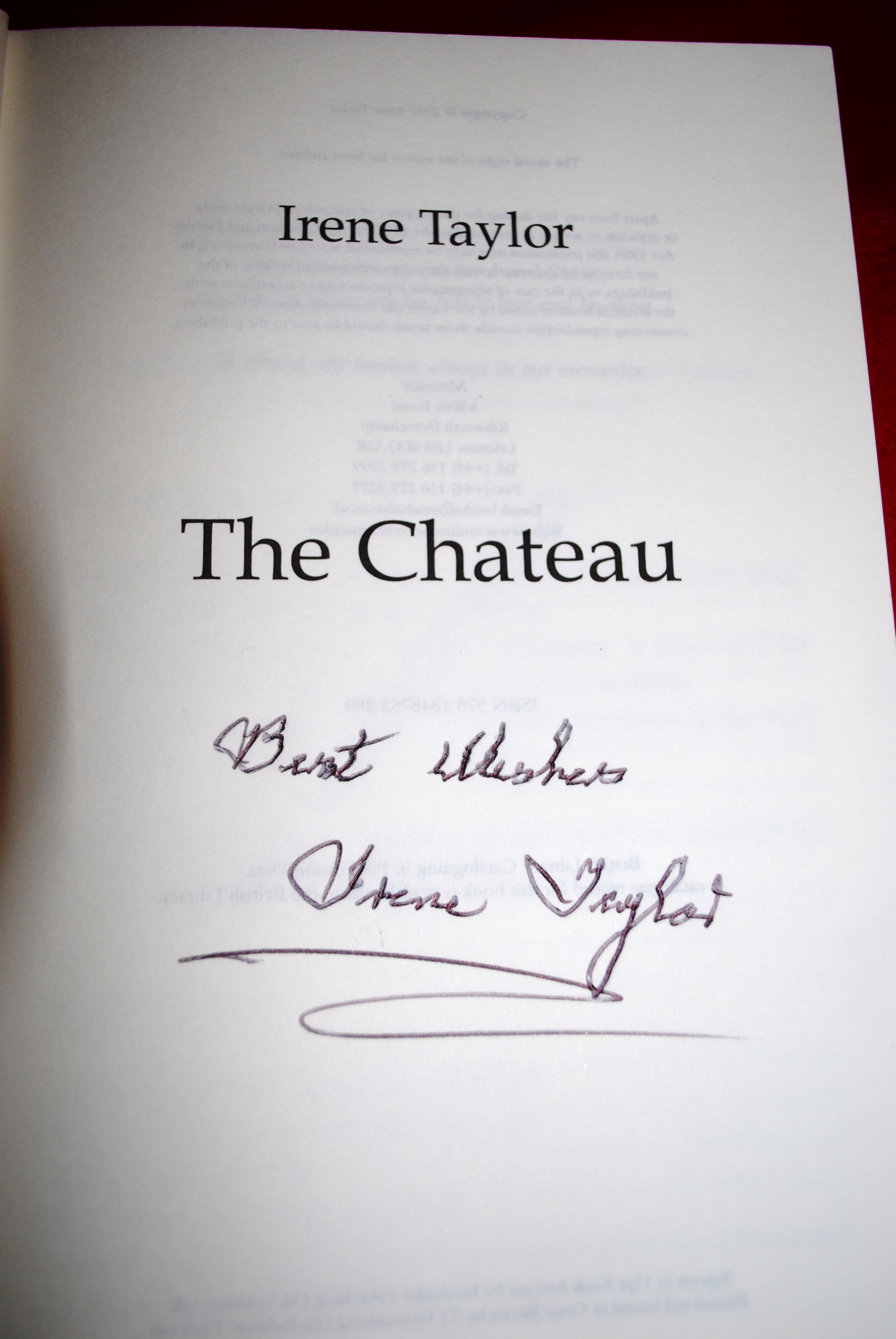 As you can see, the handwriting is the labored writing of a very old woman — my own grandma’s handwriting was less tortured than this even when she was in her late 80s, arthritis and all.  Yet, though obviously retired (and not freshly so), Ms. Taylor looked much younger than her handwriting suggests.  But writing was obviously a great effort to her — she gripped the pen extremely firmly; and notice how hard she pressed it down, even producing lasting groves on the next page.  Yet, for all the effort, each word took a long time to form and the letters are shaky.

Maybe my imagination is running wild and I’m making way too much of this … and without question, this was ultimately nothing more than a sympathy purchase.  I hesitate to use the term “pity,” though: she had great personal dignity; way too much to elicit any sentiment as patronizing as that. — I don’t know whether I’ll ever actually read her book, nor if I do whether I’ll like it — it’s a long time since I’ve gotten past the first pages in a novel with that much initial foreshadowing, and the last time I read on and actually ended up liking the book in question was with a novel that had won an award.  Ultimately, the best I can offer in return if I read the book cover to cover is what all of us give back to the authors whose books we read: an honest review.  I will keep the book, though, regardless whether I finish it or not, and I’ll always remember whatever glimpses it, and meeting its author, have given me into the story behind the book … or which my rabid imagination at least believes to have gleaned from the experience.

Anyway, in addition to the above books (and to much eye rolling from BT), the trip of course also produced the usual assortment of other souvenirs — a stuffed toy highland calf (there’s a tiny bit of a story to this one), a pair of Glencairn whisky tasting glasses, a lambswool scarf, three mugs and assorted refrigerator magnets for my variously themed collections (one of the mugs from J.M. Barrie’s birthplace, a visit to which BT cleverly included in our return from Edinburgh to Aberdeen, with an image of Peter Pan on one side of the mug and a quote from The Little White Bird on the other side: “The moment you doubt whether you can fly, you cease forever to be able to do it”), a little handcrafted pottery model of a Scottish cottage, jewelry from an ingenious place named Heathergems in Pitlochry, halfway on the way from Edinburgh to Inverness, which my mom had discovered on a previous visit and which was my one “must” stop on this trip before getting to the Northern highlands, as well as tea from a gorgeous Aberdeen store named MacBeans and assorted jams from Dunrobin Castle and Pitmedden Garden (these and the tea to be enjoyed together with my mom), plus plenty of more goodies of the same or similar kinds by way of souvenirs for family and friends … 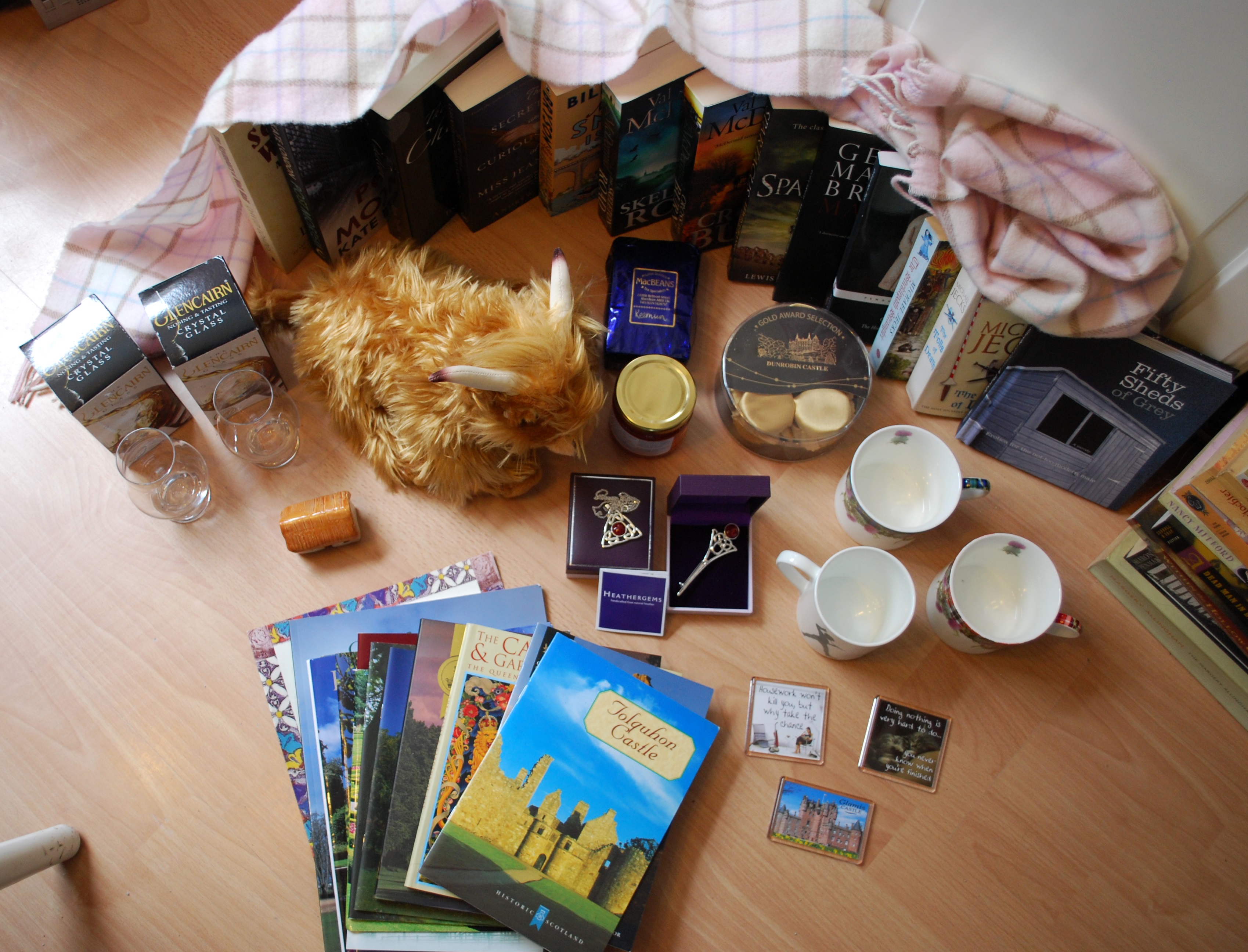 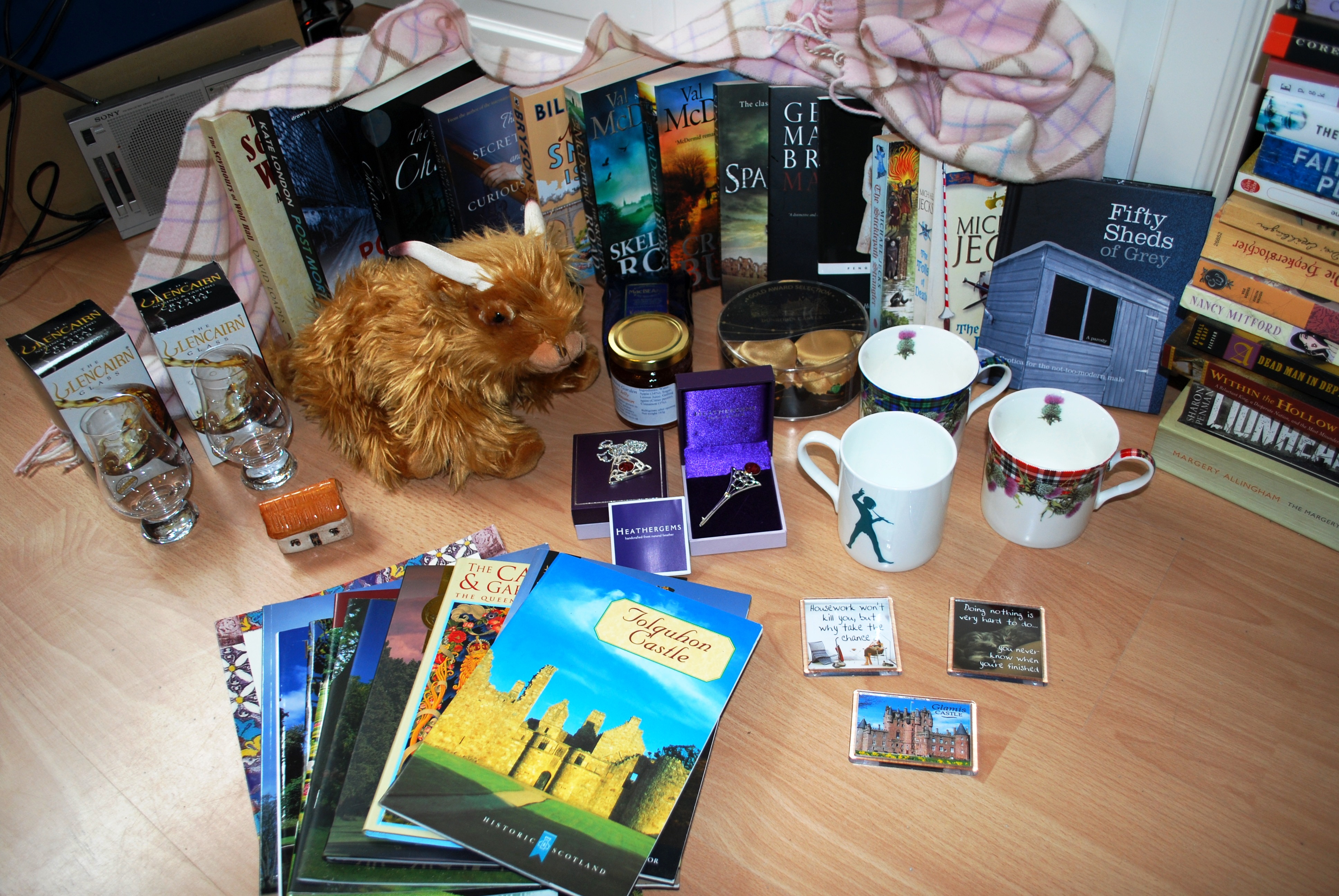