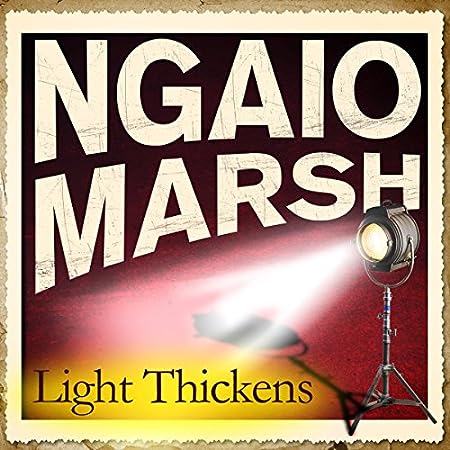 “Duncan is in his grave;
After life’s fitful fever he sleeps well;
Treason has done his worst: nor steel, nor poison,
Malice domestic, foreign levy, nothing,
Can touch him further.
[…]
Ere the bat hath flown
His cloister’d flight, ere to black Hecate’s summons
The shard-borne beetle with his drowsy hums
Hath rung night’s yawning peal, there shall be done
A deed of dreadful note.
[…]
Come, seeling night,
Scarf up the tender eye of pitiful day;
And with thy bloody and invisible hand
Cancel and tear to pieces that great bond
Which keeps me pale! Light thickens; and the crow
Makes wing to the rooky wood:
Good things of day begin to droop and drowse;
While night’s black agents to their preys do rouse.”
William Shakespeare: Macbeth (Act III, Scene 2)

The final book of the Roderick Alleyn series and perhaps not everybody’s cup of tea, set, as it is, in Marsh’s “main” professional domain — the world of the theatre — and featuring a plot in which the murder only occurs at the halfway point, almost as an afterthought: And yet, upon revisiting the book, I instantly realized all over again why this (the first mystery by Marsh I’d ever read) was the one book that irresistibly drew me into the series and made me an instant fan.  This isn’t so much a mystery as a Shakespearean stage director’s love letter to the Bard, and to his “Scottish play” in all of its permutations; as well as to the Shakespearean theatre, and more generally, the world of the stage as such.  Roderick Alleyn (rather far advanced in his career and definitely not having aged in real time) eventually shows up to solve the inevitable murder, faithful sidekick Inspector (“Br’er”) Fox in tow and quoting Shakespeare with the best of them, but the stars of the show remain the actors themselves, the play’s director (whom those who read the series in order will, at this point, already have encountered in a prior installment), and ultimately, Shakespeare himself.  This may not be everybody’s cup of tea in a mystery … to me, it proved irresistible, the first time around as much as upon revisiting the book now.