Well, one day I may well get around to writing proper reviews of these two iconic books (both in their own way) after all, too. But until then, quite unapologetically, my Goodreads Celebrity Death Match Review Elimination Tournament entry will have to do …

Felines at War, or: 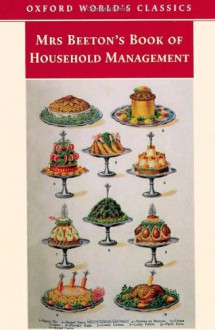 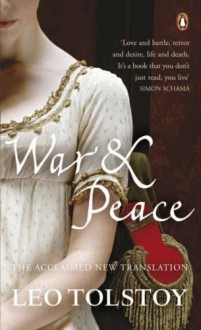 With a satisfied flick of her tail, Mrs. B. groomed back into place two stray hairs that had come lose in her shining black fur during her foray into the pantry, then she snatched her prize – a delicious-looking fillet of salmon –, crossed the kitchen and made for the outside door. There, however, she stopped in her tracks, her every hair standing on end.

Assembled on the doorstep was the better part of the Russian emigré mob that had recently surfaced in the neighborhood, hungrily eying her salmon. Mrs. B. speed-assessed the situation and concluded that there was only one thing to do.

She turned tail and raced straight back into the kitchen with the Russians in hot pursuit, smashing through the heavy oak door and making it bang into the wall with the explosive force of a canon ball.

Breathlessly Mrs. B. made for the nearest counter where, in landing, she toppled a stack of plates and sent it clattering to the ground, which however only gave her a momentary respite as the Russians dodged the flat, flying missiles that splayed into pieces on the tiled kitchen floor. In passing she set spinning a large chef’s knife, which promptly buried itself into the sides of the most forward of her pursuers, an elegant Russian Blue female whose coat began to turn red as she remained behind with a gasp and a whimper. “Sweetest Natasha!” roared the leader of the mob, a bulky creature sporting scruffy fur of an indistinct color and the obvious bearing of the newly-rich, who now hefted himself to Mrs. B.’s hind paws. “I’ll make you pay for this, you dirty English tart – this means WAR!” He charged forward, careening into a sauce dish filled with melted butter which Mrs. B. had neatly sidestepped at the very last moment. The bulky Russian slithered through the pool of sticky yellow liquid that had spilled from the dish, straight into the hot iron thing that humans called a stove. Mrs. B. did not take the time to look back, but his momentous growl and the smell of singed fur told her that another one of her pursuers was evidently out of combat. Swiftly jumping down again from the counter, she ducked under the table in the direction of the opposite wall, now chiefly pursued by two sleek young males who looked like the brothers of the injured female Natasha, and by a meager, vicious-looking Donskoy. Scampering along the wall, Mrs. B. just barely managed to leap over a mouse trap which Natasha’s brothers, jockeying for position at her heels, noticed too late, and which promptly fastened itself to the first brother’s right front paw, making him go down with a yelp and causing the second brother and the Donskoy to tumble over him. This resulted in a momentary scuffle as the Russians disentangled themselves from each other with much clawing and screeching. Mrs. B. meanwhile leapt onto another counter and further up onto the spice rack above, from where she showered her reappearing pursuers (now reduced to the second brother and the Donskoy) with salvos of capers, flour, salt, pepper, and other assorted ground substances, sending earthenware containers flying right and left as she rushed forward, finally making a blind jump for the kitchen window ahead in the hope that it would not be locked.

The window was not locked. It nevertheless proved not to be a suitable exit route, either. For in it had appeared, seemingly out of nothing, another recent arrival to the neighborhood; a dark Chartreux who made up for his shortish legs by a ridiculously imperial manner. From day one, Mrs. B. had been as weary of him as she was of the Russian emigré mob.

The Chartreux graced Mrs. B.’s pursuers, who were sitting on the ground, squinting from pepper-burned eyes and busily cleaning large quantities of flour and spices from their fur, with a contemptuous sniff: “Leave this to me, you inept Russian peasants.” Then he turned to Mrs. B. “Madame,” he said, “I have come here to offer Peace. Indeed, I am offering you an entente tout à fait cordiale.” He eyed the fillet of salmon which, though slightly worse for wear, Mrs. B. was still holding firmly clenched between her teeth. “Now, if we were to divide this truly superb fish, and you were to give me half and you and those Russians were to split the …”

“Let me pass, Sir. NOW.” To actually voice this, Mrs. B. would have had to open her mouth and let go of the salmon, which was the farthest thing from her mind. But her demeanor and a determined growl made her point quite clearly enough.

“Tsk, tsk. Nobody sidesteps Napoleon.” As the Chartreux slightly shook his head, his claws burrowed into Mrs. B.’s neck, instantly drawing blood. Mrs. B. suppressed an unladylike squeak and relaxed her stance. Ridiculous upstart, she thought but this time tried hard not to convey by her manner, which instead she changed to utmost submissiveness. The flattery worked like a charm: slowly, the French male’s claws came out of her neck and he began to eye her curiously.

This was the moment she had been waiting for.

Suddenly tearing up Napoleon’s sides with her front claws and giving him as hard a push as she could, she turned and jumped onto the kitchen table, then scattered past the assorted copper pots, pans, bowls, spoons and ladles left to dry on a rack next to the sink. The quickly-recovering Chartreux hefted himself hard to her heels with a furious snarl. Misstepping ever so slightly, however, he upset the pile of pots and pans lying in his way, which left him scrambling for balance and ultimately landed him in the still half-filled sink. Before he had regained dry ground, Mrs. B. had at last made her escape through the kitchen door, leaving behind a field of destruction and barely in time to hear an angry human voice exclaim: “Now, what happened here, for Chrissakes? Dammed strays – get out of my kitchen AT ONCE! OUT, I said!”

A little later, lying on her favorite pillow and languidly licking a last drop of melted butter from her paw, Mrs. B. mused that collared salmon, lightly salted and with hot butter sauce on the side, actually made for quite a satisfactory dish. A piece of salmon, say 3 lbs., a high seasoning of salt, pounded mace, and pepper; water and vinegar, 3 bay-leaves …

She purred contentedly, curled up, and was soon fast asleep.