Helen Czerski: Storm in a Teacup

Everything you’ve ever wanted to know about your toaster (and your afternoon cup of tea) but so far never even thought to ask. 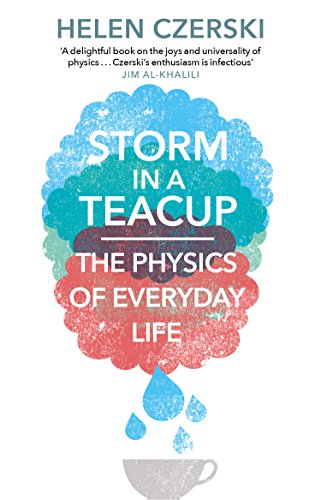 My high school physics teacher was a very nice gentleman who clearly loved his subject — but who equally clearly lived in a very different world from that of us rowdy teenagers, and to whom it never even seemed to occur that his way of thinking might just be a tad too alien and abstract for most of us (or if it did occur to him, he didn’t have the slightest clue how to bridge the gap).  It certainly also didn’t help that he was teaching in what was to him a foreign language — and that he had no clue how to police cheating: whatever method he came up with, we were always at least a step or two ahead of him.  (Which, back in the day, was virtually my only saving grace when it came to tests, though in the long run it of course didn’t help at all.)  In short, he’d probably have made a stellar physics professor at university — as a school teacher, however, he was entirely miscast.

Now, far be it from me to blame my own deficiencies on the deficiencies of my high school education: Though I’ve always loved biology (and been fascinated by the scientific / theoretical aspects of medicine), it’s unlikely I would ever have chosen science as a career.  However, with the exception of optics, I’ve always struggled more to get a grip on physical concepts than on biological or chemical ones.  Even maths presented decidedly less of a challenge: I didn’t particularly care for it, but it was never a subject apt to seriously endanger my grade point average.  That dubious honour always went to physics alone.  As a result, for the longest time and until I somewhat grudgingly decided to remedy that fact much later in life, my understanding of physics — other than optics — was essentially a “reflected” understanding, to the extent that the laws of physics were relevant to other subjects, such as biology and chemistry (e.g., in the composition and behaviour of cells and atoms).

Part of this, undoubtedly, was due to the fact that other areas (history, languages, music and literature) were far more of a focus of my early upbringing: Helen Czerski’s afterword to Storm in a Teacup, where she recounts how both her family background and growing up in industrial Manchester helped shape and foster her interest in science and technology, spoke to me just because I can relate to precisely the opposite; notwithstanding the fact that both my grandmother and her twin sister studied medicine (they were among the earliest women to enroll in that field in Germany) and several of my aunts — cousins of my mother — are doctors as well.

But I also would wish my high school teacher had taken a similar approach to his teaching as Czerski does in Storm in a Teacup, because the first of several things she achieves (and the importance of which my teacher missed entirely) is to make her readers understand why physics matters to each of us and what it has to do with our daily lives, above and beyond the puny truisms that we’ve all heard of.  (“Yeah, I know that there’s such a thing as gravity, but what does it really mean and why does it matter to me except for — literally — keeping my feet on the ground and making things fall down if they’re not securely resting on something else?”)  That doesn’t mean, of course, that from suddenly gaining a basic understanding how your toaster works — or why popcorn pops, why buttered toast almost always lands on the floor with the buttered side down, why ketchup initially stays in the bottle (and how to get it out of there without spilling half the contents all over your plate, the table, and your clothes), or from devining the secrets behind the innumerable mysteries associated with a cup of tea (with or without milk in it) — it’s only a small step towards a full understanding of astrophysics, nuclear physics, or even just “ordinary” university level physics.  But as Czerski doesn’t tire to point out, the laws of physics apply to our daily life in the same way as they apply to the universe at large; and I’m pretty sure if my teacher way back when had understood how to get us to make a connection with our everyday world, and understand how physics matters to each of us in a million different ways every single day of our lives, many of us would have found it fascinating — instead of writing it off as unbearably dull, unattainably abstract, and / or totally irrelevant to our lives and even our potential career paths.  As Czerski puts it:

“There is sometimes a bit of snobbery about the science found in kitchens and gardens and city streets.  It’s seen as something to occupy children with, a trivial distraction which is important for the young, but of no real use to adults.  An adult might buy a book about how the universe works, and that’s seen as being a proper adult topic.  But that attitude misses something very important: the same physics applies everywhere.  A toaster can teach you about some of the most fundamental laws of physics, and the benefit of a toaster is that you’ve probably got one, and you can see it working for yourself.  Physics is awesome precisely because the same patterns are universal: they exist both in the kitchen and in the furthest reaches of the universe.  The advantage of looking at the toaster first is that even if you never get to worry about the temperature of the universe, you still know why your toast is hot.  But once you’re familiar with the pattern, you will recognize it in many other places, and some of those other places will be the most impressive achievements of human society.  Learning the science of the everyday is a direct route to the background knowledge about the world that every citizen needs in order to participate fully in society.”

The laws controlling the spin of the Hubble Telescope’s gyroscopes are the same that make a raw egg spin.  The laws that make popcorn explode and that help create focaccia bread are the same laws that control the Santa Ana winds in California, move a steam engine, propel rockets, and which any sea-bound mammal, such as a whale, needs to cope with when hunting hundreds of metres below the surface of the ocean.  Bubble baths form according the the same laws that are at play in the formation of a layer of cream on top of milk (and that are now used to get rid of that layer of cream in the process of homogenization), that make sponges and towels absorbent, that are used by every tree, from those in your back garden (if you have one) to the giant redwood in order to pull water up to its very top, and which modern medicine uses in order to be able to perform tests on the basis of a single drop of blood where a whole vial used to be necessary before.  The flow (or not) of ketchup out of a bottle and the sloshing of tea in a mug is dictated by the same laws that are at play in a lock gate and at the Hoover Dam … etc., etc.

Czerski assumes virtually no understanding of the laws of physics (or anything related, such as mathematics) on the part of her readers going into each individual topic, and while that occasionally results in some talking down to the reader (“One nanometre really is tiny — there are a million of them in one millimetre” … thank you, Ma’am, I knew that much at least already!), most of the time she meets her readers at eye level — and I really have to hand it to her; I’d never have thought there could be so much suspense associated with the details of heating popcorn, baking focaccia bread, or making a cup of tea.  And I just love her sense of humour:

“In 1964, Robert Wilson and Arno Penzias detected waves from the sky at microwave wavelengths that shouldn’t have been there.  They spent a long time trying to work out which bit of the sky on their telescope was messing up the measurement, sure that something was generating extra microwave light.  They also cleared out some nesting pigeons from the telescope, along with their droppings (euphemistically described as ‘white dielectric material’ in the paper they wrote).  The unwanted background light persisted.  It eventually turned out to be the signature of the Big Bang, some of the most ancient light in the universe.  There is something special about an experiment that has to be very careful to distinguish between the after-effects of pigeon poo and the after-effects of the formation of the universe.”

There possibly won’t be much in here that is news to a trained physicist, or an enthusiast of the subject matter, but I’ll gladly take Elentarri‘s word that even a scientifically trained reader may find this book enjoyable.  For many of the rest of us (even those who were able benefit from a somewhat more enlightened physics instruction in school than me), this is in many respects eye-opening in the best of all ways, in addition to being an engaging and well-written read. 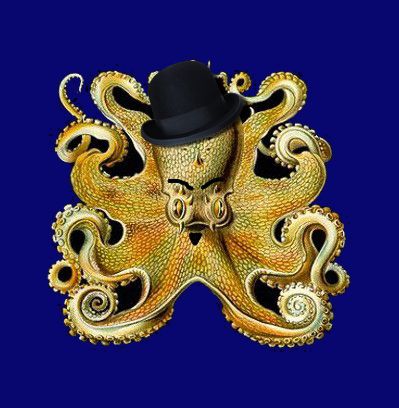 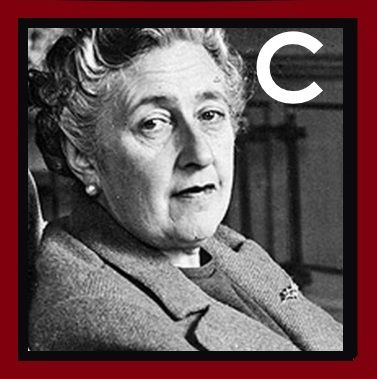